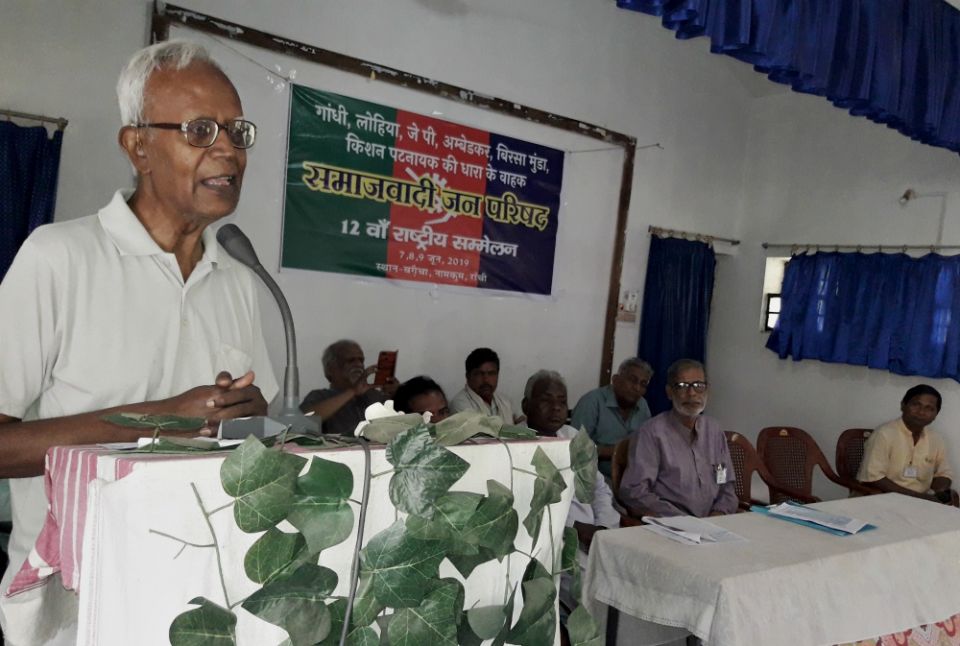 An 83-year-old Jesuit priest imprisoned in India on accusations of terrorism has been targeted because of his defense of indigenous people's land rights, church and human rights leaders say.

Fr. Stan Swamy, who is from India's Jamshedpur province, has worked among indigenous people, known collectively in India as Adivasi, for four decades. The Adivasi and Dalits, or "untouchables," are mainly subsistence farmers and are generally the poorest and most marginalized people in India, Fr. Xavier Jeyaraj, head of the Jesuits' international Secretariat for Social Justice and Ecology in Rome, told EarthBeat.

In a country that still adheres to a strict caste system, Swamy has defended the land rights of Adivasi people who have been threatened or forced from their homes by mining, industrial agriculture and large-scale infrastructure projects.

He was arrested at his home in Ranchi, the capital of the eastern state of Jharkhand, on the night of Oct. 8, and flown to Mumbai, where he is imprisoned.

Officials of the National Investigation Service claimed he has ties to Maoist rebels and was involved in violence in which a person was killed on Jan. 1, 2018, at an event marking a victory by Dalit people over the ruling class 200 years earlier.

Swamy and church officials have denied that he has ties to rebels and say he is being targeted for his defense of the poor in the state where he has lived since the 1980s. Leaders of opposition political parties, U.N. officials and India's bishops are among those who have called for his release.

"Everyone who stands with the people becomes an enemy for people acquiring the land" for development projects, Jeyaraj said. "Besides, anyone who stands for this kind of thing, they are branded as Maoists — it is an easy out for the state to say [they] are violent, anti-social, they don't want development."

Swamy's arrest marks an escalation in action against by security forces against the priest, who was detained and interrogated for 15 hours in August. He is one of 16 activists being held on similar charges.

A motion to release him on bail was denied on Oct. 23. Because of the terrorism charge and COVID-19 fears, Swamy, who has Parkinson's disease, is being held in virtual isolation, and the Jesuits fear for his health, Jeyaraj said.

India "has vast resources," including coal, precious metals like gold, and other minerals that are in great demand globally, Jeyaraj told EarthBeat. "Every mineral that you think of that is precious is available, particularly in the area where indigenous people live."

Swamy "has been opposing every form of injustice that has been taking place against indigenous people," he said. "The big one is mining, because mining has displaced a large number of the indigenous population."

Jharkhand, a tropical region of forests and hills, boasts 40% of India's mineral reserves — including minerals such as gold, tin and bauxite, as well as diamonds and other gemstones. The state also contains more than 25% of the country's coal reserves, according to government figures.

Swamy has worked there since 1980, supporting the local people in demanding their rights to an education and to land, water and forests, Jeyaraj said.

In 2000, tribal people's movements in the region won a victory when Jharkhand became a separate state with a largely indigenous population. In 2018, the Bharatiya Janata Party was voted out of power in the state, although it maintained control of the national government.

That was also the year in which Swamy, who had been speaking out in defense of some 3,000 young people who had been arrested on charges of Maoist links, published a book about the situation. After that, authorities stepped up harassment of the priest, raiding his home in 2019.

Coal mining in Jharkhand and other parts of India has an impact that reaches beyond the country's borders, as the country still depends heavily on coal to generate electricity. Although use of renewable energy is growing, the government has been seeking to expand coal mining, including in Jharkhand.

In a speech in India in August, U.N. Secretary-General António Guterres urged the country to shift away from coal to renewable energy, because of the health and climate impacts of fossil fuel emissions. India is the world's third-largest greenhouse gas emitter, after the United States and China, although its per-capita emissions are only about one-seventh of those of the U.S.

At the same time, it is highly vulnerable to climate change, which is causing Himalayan glaciers to melt and increasing the frequency and ferocity of monsoons, which could disrupt farm production.

The development of mines, as well as industrial-scale farms, dams and other infrastructure projects, forces people off their land, Jeyaraj said. An estimated 50 million to 60 million people have had to abandon their land since the 1950s, and the pace quickened when free-market reforms swept the world in the 1990s, he added.

"A lot of indigenous people were being evicted, moved, displaced from their natural habitat, from their land," Jeyaraj said. "Land was taken over by the state, by the country, in the name of development, as they call it. So therefore, you find rich lands, but poor people." 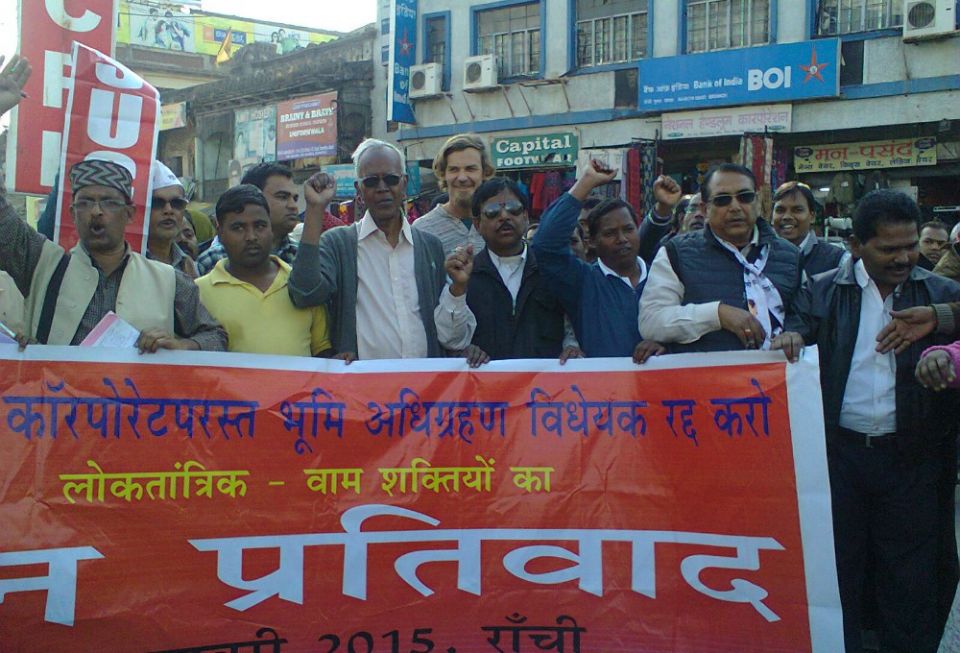 A 2018 study found that more than half the people displaced by such projects are Adivasi, even though they make up just 8% of the Indian population. Dalits, who make up about 15% of the population, are also affected.

"Both of these communities, around 25% of the entire population, are being deprived" of services to which they have a right, including access to education and jobs, and rights to the forests where they live, which are enshrined in India's Constitution.

A 2006 law on tribal people's forest rights was strengthened three years later by a regulation requiring the consent of tribal communities for development projects on their lands. That was subsequently weakened, however, and development policies now tend to favor land takeovers for extractive industry, Jeyaraj said.

"There are people like Stan and many other tribal activists, who are trying to help the people to affirm their rights, to claim their rights, using the law of the land," Jeyaraj said.

"He is not political. He is basically a social scientist, a writer, a person who has been — because of our own Jesuit way, in which we [make an] option for the poor, he has been working with the tribals," he added. "He is a man committed. ... A man who stood for justice, truth, and he would speak it."