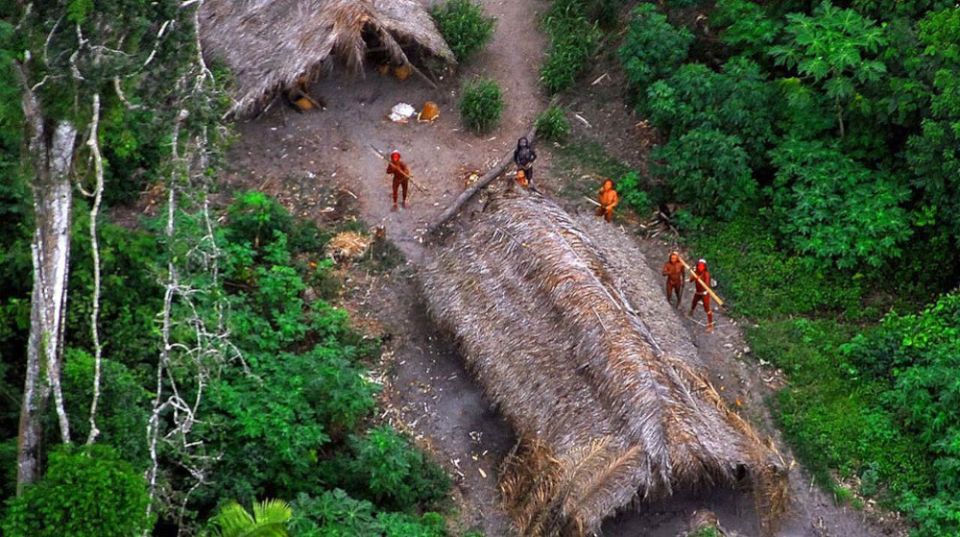 Uncontacted Indigenous people look up at an aircraft in the western Brazilian state of Acre in 2009. (Government of Acre/Creative Commons/Gleilson Miranda)

Sao Paulo — When the first COVID-19 cases hit Brazil in March, the government agency in charge of protecting the country's Indigenous peoples, the National Indigenous Foundation, ordered all civilians to leave the Indigenous reservations. Only essential workers, such as health care personnel and those involved in food distribution, could remain.

But a new law signed by President Jair Bolsonaro on July 7 has made an exception for one group: Christian missionaries. A simple form from a doctor vouching for a faith worker's health is enough to allow the person to stay as an essential worker.

According to Eliesio Marubo, a lawyer for the Indigenous Peoples Association of the River Javari Valley, known as UNIVAJA, some missionaries had never heeded the order to leave. "A few villages reported that there were evangelical missionaries in their areas who refused to go away," Marubo told Religion News Service.

In April, UNIVAJA sued to force the expulsion of several evangelical missionaries, at least two of whom are U.S. citizens, from the Javari Valley, an important legal victory against a group that is closely aligned with Balsonaro.

Now, Indigenous groups and those who defend their rights worry that the new law will prompt missionaries to enter their reservations, which have long been protected by the Brazilian government in an effort to preserve their culture.

One of the missionaries expelled in April was Andrew Tonkin, a member of the Frontier International Mission, an independent Free Will Baptist mission ministry based in the United States that trains missionaries who are then sent by their home churches. One of its goals, according to its website, is to "establish mission work among the unreached Indigenous people groups across the world."

According to a story published by the Brazilian newspaper O Globo in March, Tonkin tried last year to get to the River Itacoaí, one of the Javari's tributaries.

"He already managed to approach an area of isolated peoples without authorization," said Marubo. "People who know him say that he believes that the men's rules don't apply because [his presence] is God's will."

In an email to RNS, Tonkin said the federal government granted him permission to go "into the reserve" to "help and better the life of the people. The people in the reserve also have every right as a community to invite who they wish to visit their village."

Saying that he does not "preach or teach a religion of any form," he describes his mission as an effort to empower "the people by the redemptive power of Christ," helping "them to discover God's plan for their life through Jesus Christ."

Tonkin, who said he has been in the Amazon for 13 years, calls critics of his mission "self-appointed representatives" of the Indigenous peoples who live in the city. "They have learned how the system works, what keywords can bring more funding to line their pockets," he said.

Tonkin said his efforts in the Javari Valley are "a spiritual battle against evil and against darkness" and are not about "people and policy." 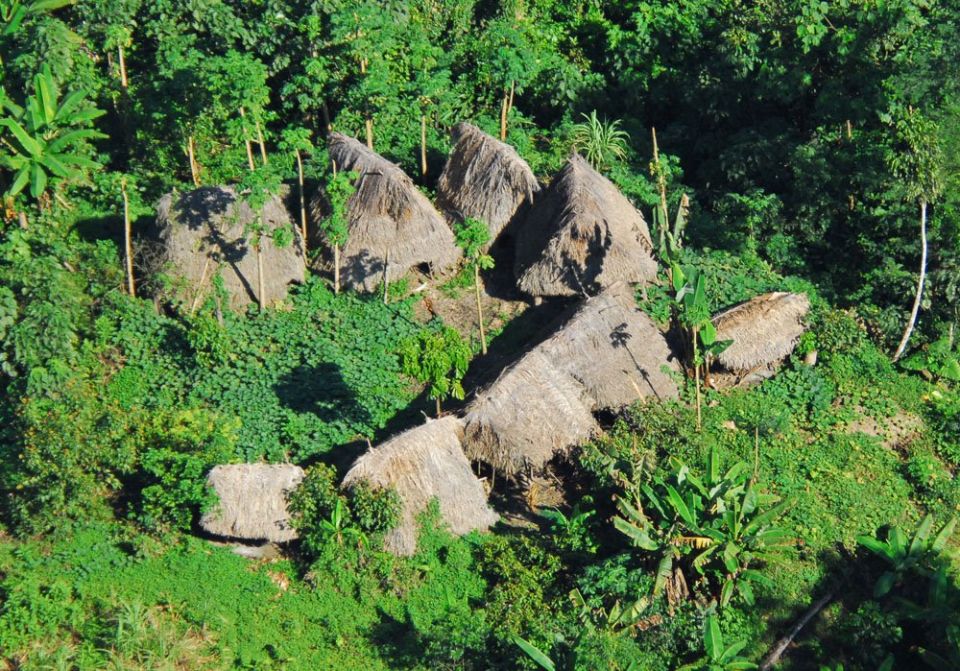 A village of uncontacted indigenous people in the Brazilian state of Acre, in the Amazon, in 2009. (Government of Acre/Creative Commons/Gleilson Miranda)

Beto Marubo, one of UNIVAJA's coordinators, dismissed Tonkin's claim that he is welcomed by residents of the valley. "The only Indigenous persons who don't oppose their presence are the ones who were catechized by them," he told RNS.

He explained that previous encounters with the non-Indigenous society often ended in violence, especially during the Amazon rubber boom, which ended in the 1940s and saw many Indigenous people killed in their forests. "Now they're in the last place they found to be left alone, and these fundamentalists show up to disturb them."

He said that the missionaries' teaching, by introducing other ways of thinking about community and even the locals' cosmology, attacks the society as a whole.

Sydney Possuelo, who created the government's National Indigenous Foundation's department of isolated peoples in the 1980s, explained that missionaries often offer gifts, particularly much-needed iron tools. "Attracted by them, the isolated Indigenous peoples agree to listen to preachers. So, you attract them through their fragility, through the technical unbalance between our societies. That's not exactly a Christian principle," he told RNS.

"Religious proselytism can have a great impact on their way of living," Possuelo added. "The Indigenous peoples don't have a formal religion, with regular services and a supreme god. In general, they celebrate the transformative heroes who taught them to fish, to produce maize and cassava, to sing and dance."

In the 1990s, as president of the foundation, known as FUNAI, Possuelo stopped missionaries from proselytizing among the then newly contacted Zo'é people. "I suggested they should pursue activities related to health care, education and other needs of the Indigenous peoples, except religious proselytism. But that was what they wanted," he recalled.

Other Christian groups that have been working with Indigenous groups for decades also say the evangelical missionaries are more interested in conversion than helping the isolated Amazonians.

"The Indigenous peoples' spirituality should be respected according to the constitution," said Jandira Keppi, project adviser for the Lutheran Diakonia Foundation, which is dedicated to working with socially vulnerable groups and poor communities. "But the fundamentalists believe they must evangelize them for their salvation. This always meant death for the Indigenous peoples and their history proves it."

That's no less true during the current pandemic, according to Keppi, who noted that "their immunity is very low."

Cleber Buzzato, assistant secretary of the Catholic Church's Indigenous Missionary Council, agreed that "every possible contact established with isolated peoples should be their initiative and not the outsiders'."

Beto Marubo believes the Bolsonaro administration supports the missionaries' activities in the Amazon. "He's backed by the evangelicals. There's a plan behind all this: The missionaries get into those territories, dismantle the policy of no contact and then the landowners appear to grab their lands," he said.

In February, Bolsonaro appointed the evangelical pastor and anthropologist Ricardo Lopes Dias to coordinate FUNAI's department of isolated Indigenous peoples. Dias worked with the Brazilian New Tribes Mission for several years. "It's all being orchestrated by the current administration," Beto Marubo said.