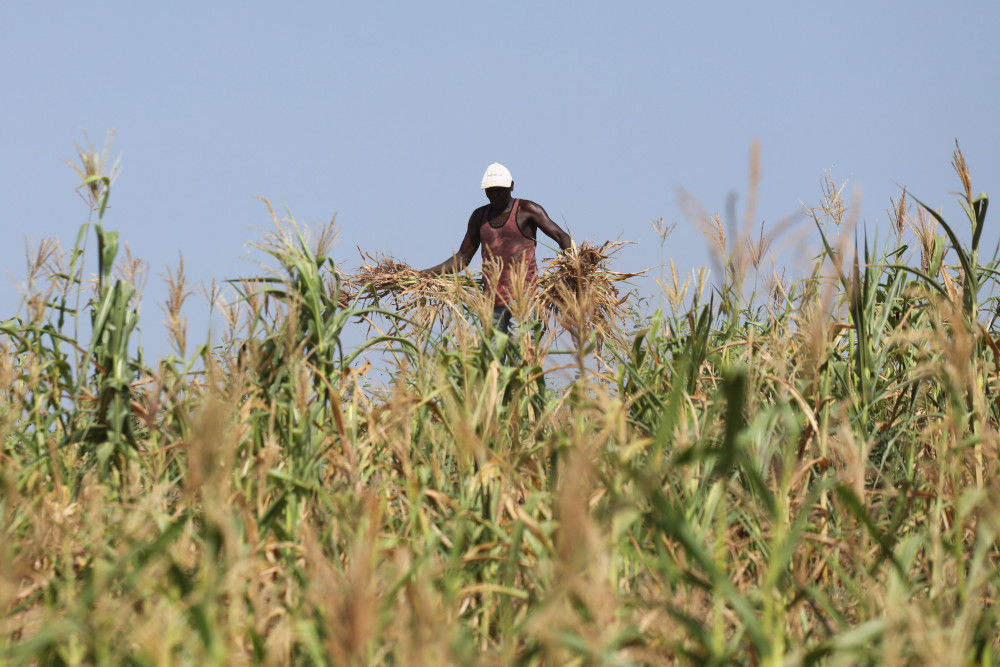 A Kenyan farmer uproots a field where he was growing corn that failed because of a drought in Kilifi Feb. 16, 2022. (CNS/Reuters/Baz Ratner)

As Kenyan Catholic bishops launch an appeal to aid drought-hit regions, local priests in the parishes are raising deep concerns over mounting hunger as people face the possibility of famine.

Throughout much of Kenya, parishioners are either farmers, traders or herders. They grow their own food or live off of livestock, but the lack of rain in the fourth consecutive season has snuffed out livelihoods, leaving millions of people on the verge of starvation.

The drought — which the United Nations described as the worst in 40 years — is believed to be a consequence of climate change. Drought impacts are being exacerbated by the coronavirus pandemic and more recently by the war in Ukraine.

Fr. Ibrahim Racho, vicar general of the Diocese of Marsabit, said the situation is extremely dire in his region, where recent rains last only three days. The diocese in northern Kenya is one of the most affected in the country.

"The animals are dying and there is much hunger among the people," Fr. Racho told Catholic News Service in late May. "At the beginning, there was some intervention, but it was not enough."

Across the country, 3.5 million people are facing severe food shortages and need humanitarian aid, according to relief agencies. Already, 1.5 million heads of livestock have died, with church sources fearing that the remaining animals will be dead within weeks if no aid is delivered.

In southeast Kenya, Fr. Gerald Matolo, a priest in Kibwezi East area of Makueni County, gave a similar account to that in Marsabit. He explained that his area last experienced significant rainfall about three years ago.

"We are in an emergency situation. We don't know when aid is coming," Fr. Matolo said. "The cost of food has skyrocketed. A kilo of maize is costing between shillings 50 and 60 (US 50 cents). This is extremely high for the local people."

"Water is a big problem and the little we can find has too much fluoride. There is some which is pumped from the mountains, but we compete for this with elephants," he added.

The Kenyan bishops' conference May 27 launched an appeal to raise about $2.5 million to prevent the loss of lives and livelihoods in 14 counties. The bishops said they were deeply concerned that a drought was driving families to the brink of hunger.

The consequences of the drought are poor harvests and reduced livestock production, leaving households with no food or too little to eat. Day by day, the situation is deteriorating, according to the clerics. 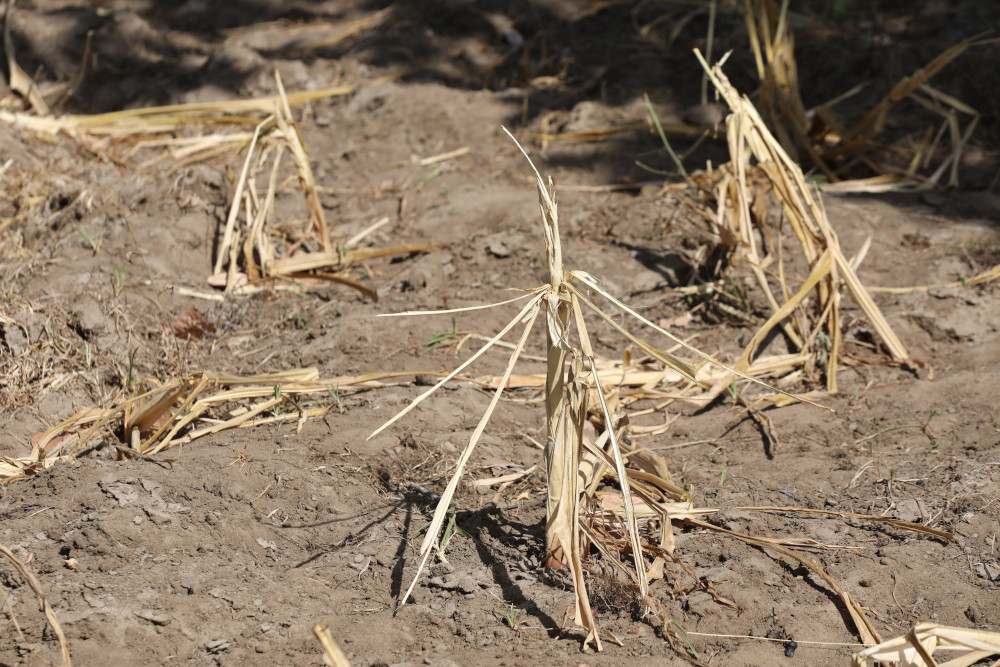 Maize stems remain dry after failing because of a drought in Kilifi, Kenya, Feb. 16, 2022. (CNS/Reuters/Baz Ratner)

"We are calling all Kenyans and all people of goodwill to contribute cash and give in kind to enable us to salvage the desperate situation," said Archbishop Martin Kivuva, of Mombasa, chairman of the bishops' conference. "Your support will have a multiplier effect as it will prevent malnutrition and related illnesses and children will stay at school."

Recently, cash transfers through mobile phones have become a popular way of delivering aid to families. With the money, families can buy food and use the remainder for other expenses such as medicines or animal feed.

"If the households can get some cash, food will be found. Sometimes, when relief is delivered, it is not what the people want or what they can eat. So with the cash, they can get food and anything else they need," Fr. Racho said.

However, Fr. Matolo advocated for food relief in his area because cash transfers were a potent cause of violent conflicts within families.

"Unless they give cash to women, who are the family managers, I would advocate that families are given relief food," the priest said. "The women also risk the money being taken away forcefully by their husbands."

A version of this story appeared in the June 10-23, 2022 print issue under the headline: Priests describe danger of Kenya famine; bishops launch aid appeal.