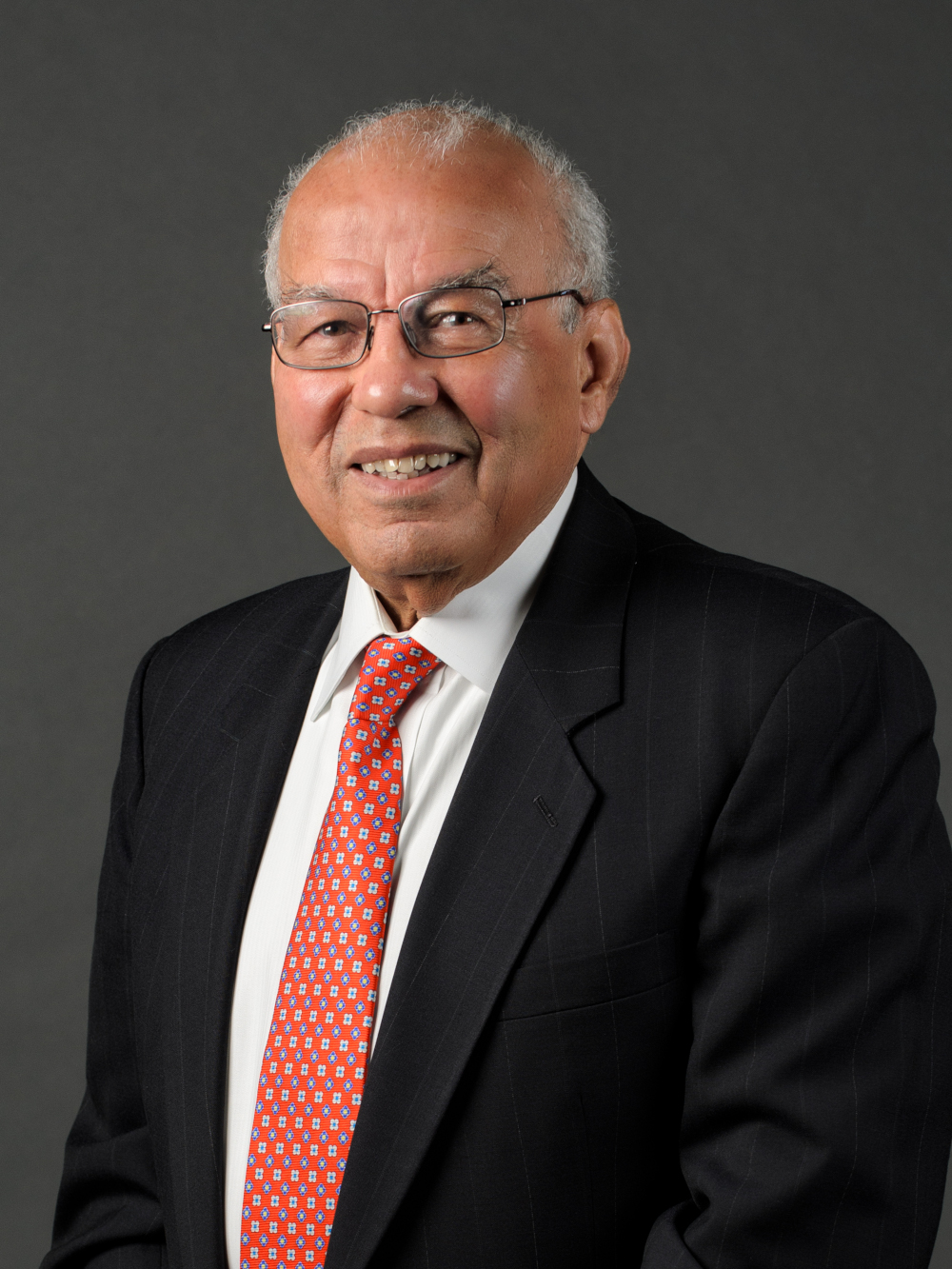 Norman Francis, who served as president of Xavier University of Louisiana for 47 years and has been a prominent voice in the civil rights movement for decades, will receive the University of Notre Dame's 2018 Laetare Medal at the school's graduation ceremony in Indiana May 19, 2019. He is pictured in an Oct. 14, 2014, photo. (CNS/Irving Johnson III/University of Louisiana)

Norman Francis, who served as president of Xavier University of Louisiana for 47 years and has been a prominent voice in the civil rights movement for decades, will receive the University of Notre Dame's 2019 Laetare Medal at the school's graduation ceremony May 19.

"For more than 50 years, Dr. Francis has been at the center of civil rights advocacy by leveraging the power of Catholic higher education," Holy Cross Fr. John Jenkins, Notre Dame president, said in announcing the award March 31.

"In bestowing the Laetare Medal upon him, Notre Dame recognizes his leadership in the fight for social justice through educational empowerment," Jenkins added.

The Laetare Medal is so named because its recipient is announced each year on Laetare Sunday, the fourth Sunday of Lent.

"I am honored by Notre Dame recognizing me in this way," Francis said in a statement released by the university. "I think the fact that I have the privilege of being among Laetare awardees is itself a hope and an inspiration, not just for the students, but for many others as well."

The only historically black and Catholic university was founded in 1925 by St. Katherine Drexel. She devoted her life to advancing racial equality for African Americans and Native Americans, primarily through education. The saint had a profound influence on Francis.

"I did not build Xavier. I was part of Katherine Drexel's mission to provide a quality education for all," Francis said. "All the people I worked with were part of this plan and mission, which was not only honorable, but was totally necessary when you look back at what the United States was at the time."

Francis was born in 1931 in Lafayette, Louisiana, and was one of five children in his family. His early education occurred in Catholic schools run by Spiritan priests and the Sisters of the Blessed Sacrament and funded by St. Katherine Drexel's philanthropy during a period of segregation in U.S. Catholic parishes.

In 1952 he became the first African American to enroll in Loyola University Law School in New Orleans. The university noted that Bishop Joseph Francis, his late brother, also was a civil rights trailblazer, having been the fourth African American to become a bishop when he became auxiliary bishop of Newark, New Jersey, in 1976.

Francis enter the U.S. Army after law school. When his military stint ended in 1957, he bypassed a law career to became dean of men at Xavier. Eleven years later, April 4, 1968, the day the Rev. Martin Luther King Jr. was assassinated, Francis accepted an invitation to become the first African American president of the university.

Francis became known as a civil leaders and statesman over the years. He advised eight U.S. presidents on education and civil rights issues and served on numerous boards and commissions. He also has been a member of the Vatican's Pontifical Council for Justice and Peace, a member of The Catholic University of America's board of trustees, and a member of the board of directors of the National Catholic Conference for Interracial Justice. President George W. Bush honored him in 2006 with the Presidential Medal of Freedom, the nation's highest civilian award.

The University of Notre Dame gave him an honorary doctor of law degree in 1988 for his commitment to education and civil rights. He received a second honorary doctorate from Notre Dame in 2006 for working to rebuild his own institution and served as chair of the Louisiana Recovery Authority, established after hurricanes Katrina and Rita.

Established at Notre Dame in 1883, the Laetare Medal has been awarded annually at Notre Dame to a Catholic "whose genius has ennobled the arts and sciences, illustrated the ideals of the church and enriched the heritage of humanity."