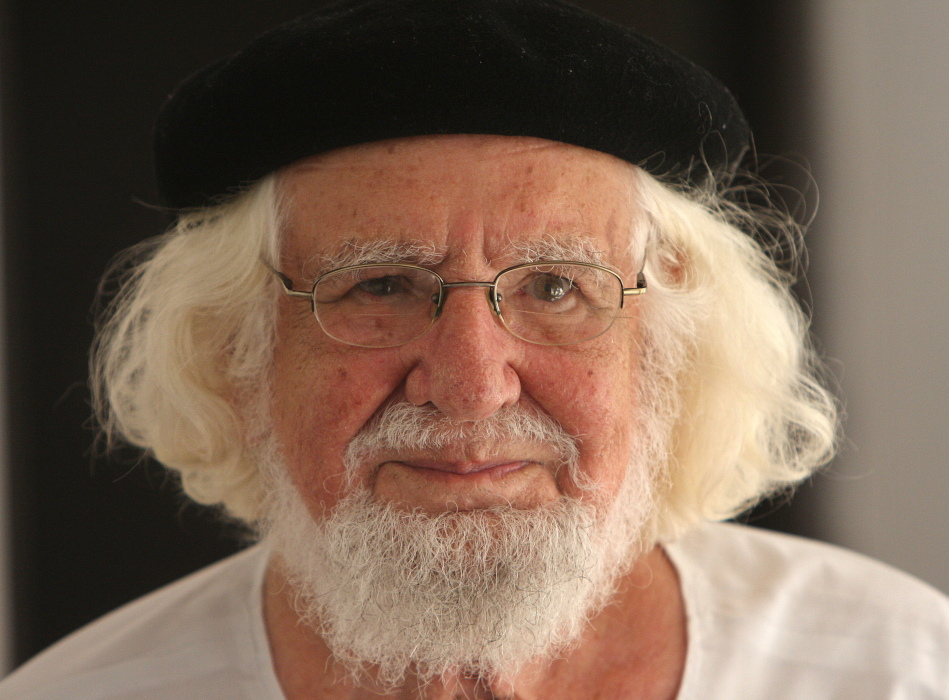 This Aug. 29, 2008, file photo shows Nicaraguan priest and poet Ernesto Cardenal in his home while under house arrest, in Managua, Nicaragua. (AP/Esteban Felix) 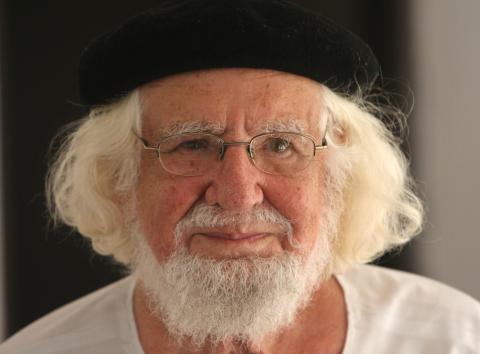 This Aug. 29, 2008, file photo shows Nicaraguan priest and poet Ernesto Cardenal in his home while under house arrest, in Managua, Nicaragua. (AP/Esteban Felix)

Ernesto Cardenal, the renowned poet and Roman Catholic cleric who became a symbol of revolutionary verse in Nicaragua and around Latin America, and whose suspension from the priesthood by St. John Paul II lasted over three decades, died Mar. 1. He was 95.

Known for his trademark black beret and loose white peasant shirts, the author of works such as "Epigrams" and "Zero Hour" was one of the most important and honored poets in Nicaraguan history. Cardenal penned verse that went around the globe, and lived until his last days with a lucidity that inspired amazement and admiration in the literary world.

"Our beloved poet has begun the process of integrating with the universe, with the greatest intimacy with God," his personal assistant, Luz Marina Acosta, said Sunday.

Bosco Centeno, a close friend of Cardenal, told The Associated Press the poet was hospitalized in Nicaragua's capital of Managua a couple of days ago with a heart problem.

Cardenal received numerous awards during his lifetime including the Reina Sofia poetry prize in 2012, and the Peace Prize of the German Book Trade in 1980.

Argentine poet Jorge Boccanera once said of Cardenal's writing that he "loses his life and at the same time discovers it in a profound delivery; in consecrating and offering himself in that dialogue of soul and blood."

Cardenal was also an essayist and sculptor, and the herons he fashioned from stone and metal are highly prized in Central American cultural circles.

Born Jan. 20, 1925, to a wealthy family in the colonial city of Granada southeast of the Nicaraguan capital, Cardenal became a priest in Colombia and later became enamored of the leftist Liberation Theology movement that swept through Latin America during the 1960s, centered on ministering to the poor and liberating the oppressed.

On the Solentiname Islands in Lake Nicaragua, he founded a community of peasants, poets and painters in 1966 that came to symbolize artistic opposition to the dictatorship of Anastasio Somoza, who was overthrown in 1979 by Sandinista rebels.

Cardenal actively supported the revolution and served as culture minister during the first government of former Sandinista guerrilla Daniel Ortega — causing him to run afoul of then-Pope John Paul II, who firmly held that clerics should not hold political office. The pontiff was also staunchly anti-communist and opposed some parts of Liberation Theology.

In 1983, John Paul publicly upbraided Cardenal at Managua's international airport at the beginning of a tense visit. When Cardenal knelt in front of the pope and moved to kiss his hand, the pontiff withdrew it and pointed his finger at him in a moment caught in a widely circulated photograph.

"You should regularize your situation," the pope scolded. Later that year he suspended Cardenal from the priesthood along with his brother Fernando, who was then serving as minister of education.

Only late in life was Cardenal's suspension lifted by Pope Francis: In February 2019, as Cardenal was in the hospital, the Vatican noted that he had accepted the punishment, refrained from pastoral activity and long ago abandoned the political arena.

The Vatican's ambassador to Nicaragua visited him at the hospital and joined him in celebrating Mass, a moment that Cardenal's personal assistant described as "very moving" and said made him "very happy."

While Cardenal never held political office again, that didn't mean he shied away from speaking his mind, and the erstwhile supporter of Ortega distanced himself from his former Sandinista sympathizers over his disagreement with the ex-guerrilla's partisan leadership.

After Ortega returned to the presidency in 2007, Cardenal denounced what he called the beginning of "a family dictatorship." And in 2018, when anti-government protests broke out that posed the biggest challenge to Ortega's increasingly authoritarian hold on power, Cardenal quickly aligned himself with the opposition.

"What we want is for there to be a different government, a democratic republic," he said in a handwritten message of support, adding that dialogue with the Ortega camp would be useless.

"Now suddenly across the country the young people have risen up in protests, taking the streets," Cardenal said, "something that was unexpected because the youth had seemed to be sleeping, or that a sepulchral slab had fallen on them."

As he turned his back on Ortega, Sandinista officialdom turned its back on him.

Cardenal faced legal problems he attributed to "political persecution" for his criticisms of Ortega and Rosario Murillo, Ortega's first lady and currently vice president. And in 2015, when Cardenal turned 90, he was feted in Mexico — where he had lived and studied theology as a young man — as the Sandinista government had nothing but silence for a man it viewed as a turncoat.

Cardenal continued to hold a dim view of John Paul for decades after their run-in, calling his canonization in 2014 a "monstrosity."

He was more supportive of Francis and his calls to build a better world for those on the margins of society.

"I try to live with the message of the gospel," Cardenal once said, "which is a political message, which is changing the world so that there is a better world after 100,000 years of inequality."