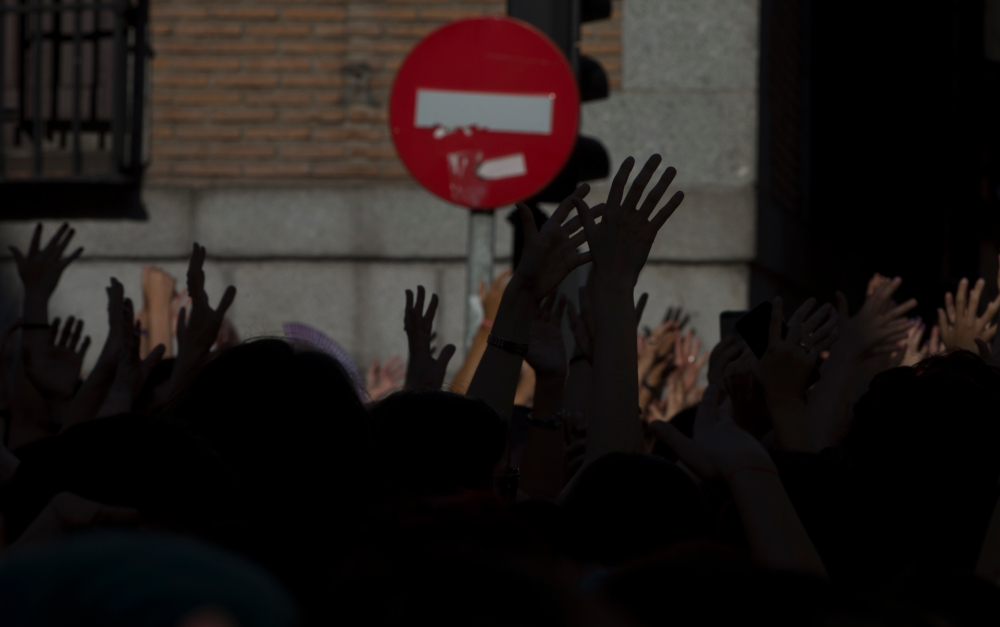 In this file photo dated June 22, 2018, protesters demonstrate while blocking the street outside the Justice Ministry in Madrid, Spain. The first comprehensive internal inquiry on sex abuse allegations by a religious order in Spain has identified 81 children and 37 adult victims by 96 Jesuits since the late 1920s, in a report released Jan. 22, 2021, but associations of victims say it falls short of identifying perpetrators or those who covered up the abuses. (AP File/Paul White)

The first comprehensive internal inquiry on sex abuse allegations by a religious order in Spain has identified 81 children and 37 adult victims by 96 Jesuits since the late 1920s, a much higher number than the cases that had so far been publicly known.

Associations of survivors are welcoming the disclosure, but they see it falling short since the names of perpetrators or those who covered up the abuses weren't disclosed. They also want the Jesuits' inquiry to lead to proper criminal cases against the few abusers that are still alive and a detailed plan to compensate survivors.

"It's a timid measure that goes in the right direction, but that it falls too short," Miguel Hurtado, a spokesman with the Stolen Childhood Association, told The Associated Press on Jan. 22.

Jesuits are how members of the Society of Jesus, a Roman Catholic religious order that was formed in 1540 by Ignatius Loyola, are commonly known. According to its website, the order runs 68 schools with some 75,000 students in Spain as well as half a dozen universities and high education centers.

The Society of Jesus in Spain said in its report published Jan. 21 that the internal probe confirmed that 96 members had been accused of sex abuses since 1927, the year of the first recorded case. For 65 of the Jesuits, the accusations involved underage victims. The report nevertheless highlighted that the accused Jesuits make up just over 1% of the 8,782 members admitted in the order during the past 93 years.

The disclosure by the Spanish Jesuits comes as Pope Francis, the church's first Jesuit pope, has tried to sensitize the church around the globe to the problem of clergy abuse and passed laws to hold the hierarchy accountable for covering it up.

As with other religious groups that specialize in education, the report shows that Jesuit-run schools became ripe hunting grounds for predator priests given they provided a steady supply of victims. Most of the abuse found had taken place or was related to schools, the Spanish Jesuits said.

Only 17 of the perpetrators involving minors are alive and the 13 of them that remain linked to the Jesuits have been either punished, are awaiting results of criminal or internal investigations, and all have been relocated to positions away from children, the order said in its report.

The cases recorded stem from allegations, witness accounts and media reports, it said, and range from inappropriate verbal remarks to instances of sexual abuse and rape. 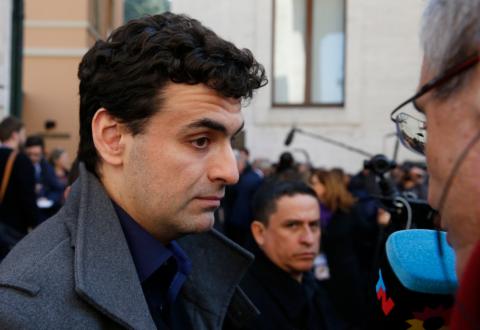 Spain's El País newspaper said that in its investigation of clergy sex abuse cases since 1986, only eight of 123 alleged perpetrators had been Jesuits until the order's disclosure this week. The revelation, the paper said, is "a blow for the few statistics known about minors' abuse by the Catholic church in Spain."

The report also says that there are 19 cases of "rumors," where no evidence has been found leading to proper allegations, and that 15 Jesuits who had been accused were exonerated.

The Spanish Jesuits' admission is significant, given religious orders by and large have flown under the radar of broad criminal investigations, national inquiries and voluntary disclosures of clergy sexual abuse around the world, which have tended to focus on dioceses and their priests.

Some religious orders in the U.S. have been forced to disclose information on the predators in their ranks as part of civil litigation or bankruptcy proceedings, while others have done so voluntarily albeit under pressure following the latest eruption of the scandal in the U.S. in 2018. Many orders, though, have continued to keep such information under wraps, and outside the U.S., such disclosure by an order is exceedingly rare.

Big religious orders operate in many ways outside the diocesan structure of the Catholic hierarchy, reporting to their own superiors who in turn report directly to the Vatican. As a result, they are typically not beholden to guidelines or recommendations taken by their national bishops' conferences, which in recent years have tried to get a handle on the problem. Few outside the U.S., however, advocate publishing names of accused priests.

For Hurtado, a victim himself of abuses as a member of a Catholic youth group in northeastern Spain, the identification of victimizers is needed especially because Church officials for decades hid accused clerics by moving them to different parishes or dioceses, even sending them abroad as missionaries.

"Once again, the report gives the impression that the abuses arose by chance, by bad luck, not as a result of a policy of institutional cover-up implemented for decades," the activist said.

The Jesuits presented their findings following a two-year internal probe as an act of contrition, acknowledging that the results were "incomplete" and that the order's response over the years had been "insufficient, which has contributed to generating more pain."

"Our goal is to create a safe environment in our work and a key part of that is to be accountable for what we do," the order's provincial superior in Spain, Rev. Antonio España, said in a statement.

Under a new plan to make its churches and schools "a safe environment for minors and vulnerable people," the order said it had stepped up training of its clerics and employees to prevent sex abuse but also to provide safe space for any possible victims to come forward with allegations.

They have also set up guidelines for responding to any suspected cases, the Jesuits said, adding that the effort was part of "a profound change of culture."

In the report, the order makes a rare admission of having provided economic aid or having paid for therapy in a handful of cases, although it states that those are not considered legal compensation.

The Society of Jesus said that it's working on a protocol of reparations in accordance with Spanish laws.

"In no case do we understand that compensation erases the suffering, but we do want to give an answer wherever possible," it said.

In the Jesuits' wretched record of abuse in the U.S., their Northwest U.S. chapter paid out in 2011 what was at the time the largest-ever settlement for clergy abuse, $166 million to 500 victims, many of them Native Americans who were raped and molested in remote Jesuit schools and parishes in Alaska.