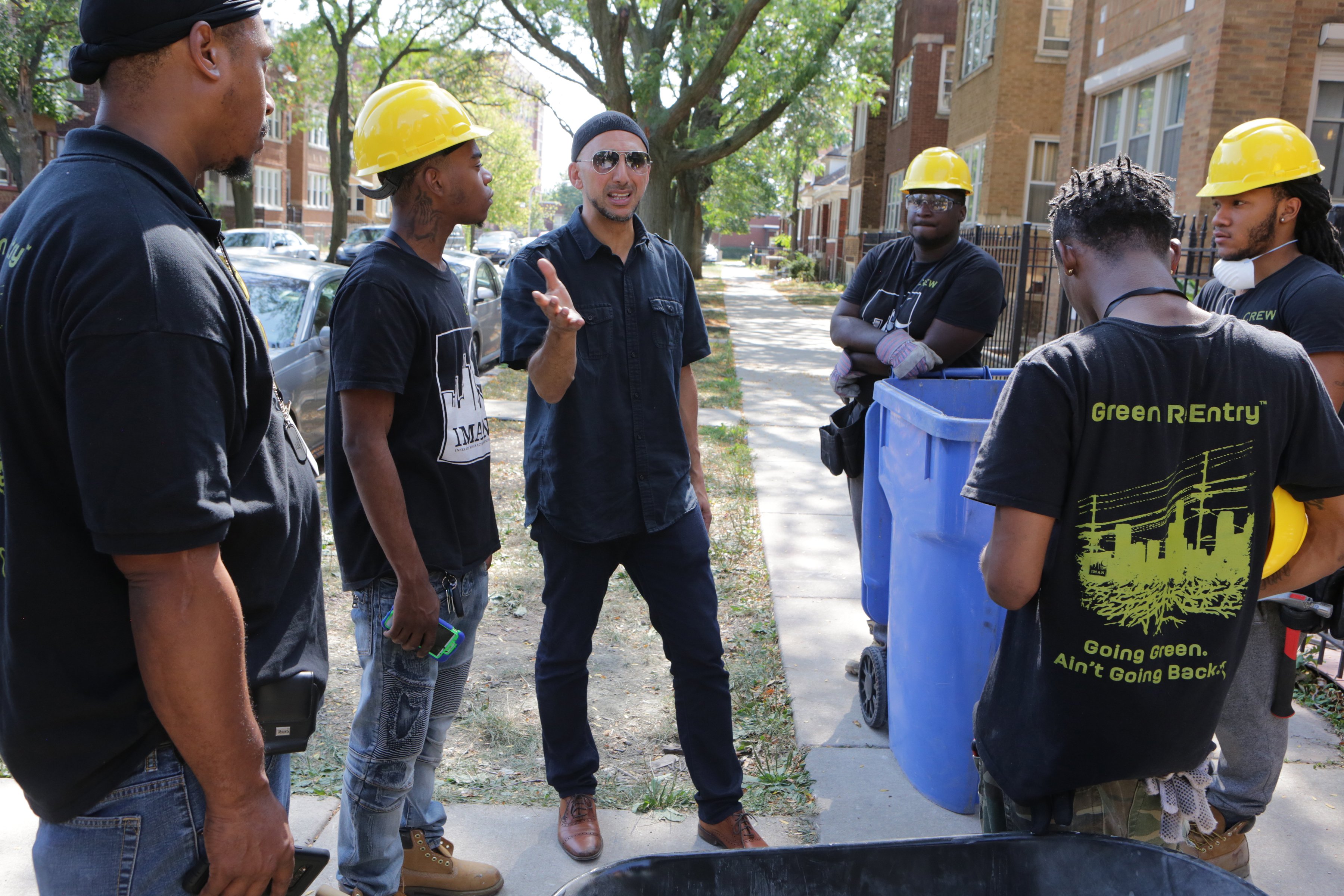 George Floyd was killed after employees at a convenience store owned by a Palestinian American Muslim — with a Muslim prayer space in its basement — called Minneapolis police over a suspected counterfeit $20 bill.

The role that the store played in Floyd's death May 25 and in all that followed has been a bitter pill to swallow for many Muslim and Arab communities.

This moment has also reignited ongoing debates in Muslim communities over the ethical duties of immigrants who own businesses in black neighborhoods, from when and if they call the police to the role they can play in creating healthier food ecosystems.

"We know now that escalating situations to the police almost always does more harm than good, even for something as harmless as a fake bill," Mahmoud Abumayyaleh, owner of the Cup Foods store that called the police on Floyd, wrote in a Facebook post.

Cup Foods, which has served customers in a largely black neighborhood for three decades, will no longer involve the police in nonviolent incidents, Abumayyaleh said.

"By simply following procedure we are putting our communities in danger," he said in his social media post. Instead, he urged, "Work within your communities to find alternatives to policing, until the point that local and state officials decide to seriously hold police accountable once and for all."

Food and liquor stores, often owned by Arab and South Asian immigrants, are common in mostly black, low-income neighborhoods. But the relationships between these store owners and the communities they serve have often been fraught with racial tension.

Imam Makram El-Amin of Masjid An-Nur in Minneapolis said Floyd's killing may open up store owners' eyes and lead to a "watershed moment" in changing the relationship between store owners and the community.

"Everything is different in the air right now," Al-Amin said in a virtual town hall held last week on the matter. "We know not all Arab store owners are bad actors, but there is a narrative around it. There has sometimes been a conflict and a rub relative to that relationship."

Rami Nashashibi, director of Chicago's Inner-City Muslim Action Network, says a massive cultural transformation is needed for nonblack Muslim corner store owners to be allies for those they serve.

"There are many more productive ways of mediating disputes and we are grateful that this current store owner has publicly declared that [involving police] will not happen moving forward," Nashashibi said in the town hall.

But, Nashashibi emphasized, "I think we have to recognize that that call did not happen in a vacuum."

The aim, creators said, is to "organize for a new reality around corner stores."

Margari Aziza Hill, director of MuslimARC, said the planned virtual culturally sensitive training for store owners will "provide the pathway for playing a role towards being just and righteous witnesses against the type of violence that we've seen."

Already, the organization has hosted conversations on the ethics of doing business in black neighborhoods.

The new curriculum is an extension of IMAN's ongoing campaign to defuse racial tensions between those communities, which Nashashibi argues is critical to solving inner-city neighborhoods' food access crises.

"We must go beyond the logic and dictates of capitalism when it comes to how business operates in urban, disinvested neighborhoods," he said. "Because that logic has oppressed and abused people and we are complicit in that abuse. We need to dig deeper, and this is that moment."

Since its founding in 1997, IMAN has worked with dozens of corner stores in Chicago's South Side and in Atlanta's West End on campaigns focused on developing healthier business models and building positive relationships between Arab store owners and black residents.

Beyond overpolicing, common concerns with immigrant-owned corner stores include gentrification; exploitative pricing; racist hiring practices; hostile security measures such as bulletproof glass and cages; the sale of alcohol and nicotine products; and the sale of junk food, as well as a lack of fresh produce and other healthy foods.

"In many ways, residents in those neighborhoods perceive those store owners in the same way those Palestinian store owners perceive Israeli settlements in the West Bank," Nashashibi, who is Palestinian American himself, argued. "What justification are you using to be in that black community?"

Many Arab and South Asian store owners respond to allegations of racism by pointing to their own marginalized identities and their need to protect their income. Many are working-class; some are undocumented.

Activist Linda Sarsour, whose father owned a store in Brooklyn's Crown Heights neighborhood for 38 years, urged Muslims not to blame Cup Foods' owner for Floyd's death, noting that the store has a positive relationship with locals.

"I understand that we have a long way to go to build transformative relationships between Arab/Asian store owners and local Black communities," she wrote in a Facebook post. "These communities deserve business owners who are contributors to communities not just takers."

But for some, the gulf between store owners and the neighborhoods in which they operate has only grown during the protests.

Sara Hamdan, an IMAN organizer who is Palestinian, said several Arab corner store owners in Chicago's West Side have loudly expressed their frustration over damage done to their businesses during the protests. None live in the same neighborhoods as their stores.

"Some store owners have had the luxury of removing themselves, and seeing these stores as places where they're able to take money and then at the end of the day go back home," she said.

For her, she said, that raises a question about accountability.

"How long did you think you were going to be able to run and operate a store that continued to harm and exploit black folks ... without reaping what you sow?"

"Property is not more important than people's lives," the organization emphasized. "Brick, mortar, windows, and goods can always be replaced, but a life taken can never be brought back."