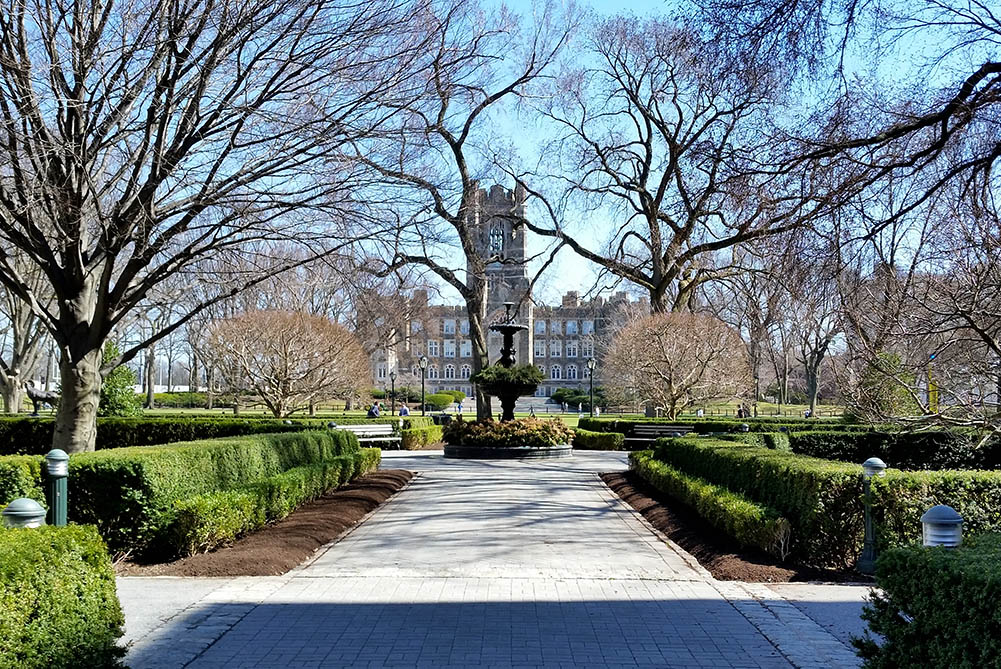 A union at Fordham University representing non-tenure-track faculty and adjunct professors called off a strike originally planned for Jan. 30 after the union reached a tentative agreement on a new three-year contract with the administration of Fordham, a Jesuit university in New York City.

Diane George, co-chair of Fordham Faculty United, which has about 600 members as part of the Service Employees International Union Local 200, told NCR that the union received a phone call on the evening of Jan. 18 that the administration had accepted the union's latest proposal. While the union's members must still vote to ratify the measure, its leadership called off the strike.

Tania Tetlow, Fordham's president, said in a prepared statement that the university was "grateful to the union leadership and our colleagues for the power of their moral arguments and above all, for their contributions to our students."

George, an adjunct in the department of sociology and anthropology, said she was "stunned" and "relieved" to reach an agreement "that will provide wage increases, a small step towards parity [for adjuncts teaching religion and social work], a step towards a health benefit [for adjuncts]."

"I'm happy for ourselves and for our students that we are not going to have to strike," she said. 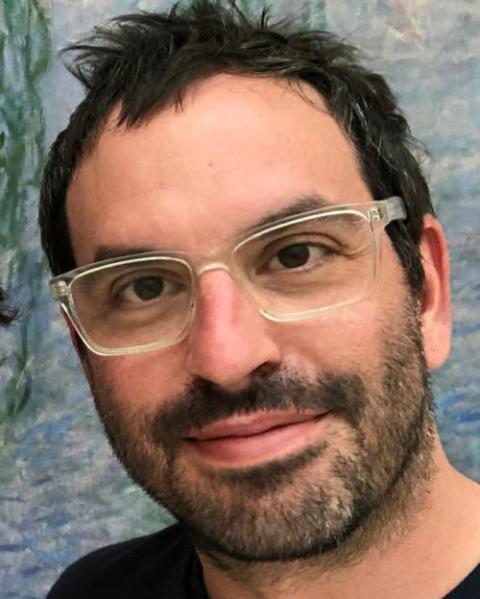 Before they reached the agreement, union members said they had no choice but to authorize a strike because they could not make any more concessions after almost 10 months of negotiating.

"We've moved a great deal over the course of negotiations," Joshua Jordan, the union's chief steward and a senior lecturer in French at Fordham, said in an NCR interview prior to the tentative agreement. "We didn't feel like we could move any farther and still expect our members to ratify an eventual agreement."

Under the tentative agreement, all contingent faculty will see raises over the next three years. Arts and Sciences adjuncts with seven or more years of experience, the highest paid adjuncts, currently receive $8,000 per course and will receive $10,000 in the 2024-25 academic year.

The lowest paid adjuncts, who teach in the Graduate School of Religion and Religious Education, currently receive $4,600 per course and will receive $6,600 per course in the 2024-25 academic year.

George noted that none of the raises will reach the Modern Language Association's recommendation of $11,500 per course. "It is a good increase for our members. It's not what we had hoped to get, but it is a solid second contract," she said.

The Massachusetts Institute of Technology's Living Wage Calculator says that a single person with no children must earn $47,238 in the New York-Newark-Jersey City metro area to support themselves for the year.

George said she was most disappointed personally that the new contract does not achieve pay parity for adjuncts who teach social work and religion, a key focus of the union, even though steps were taken toward narrowing that gap.

Union leaders say that they have concentrated on raising up the needs of faculty making the least money. They also asked for an extension of health benefits to part-time faculty.

While some adjuncts can get insurance through their spouses or another job, "some folks are having to get insurance on the health insurance marketplace, which means paying a lot more per month for generally less quality of care," said Olivia Wood, an adjunct professor in the English department and a member of the union. 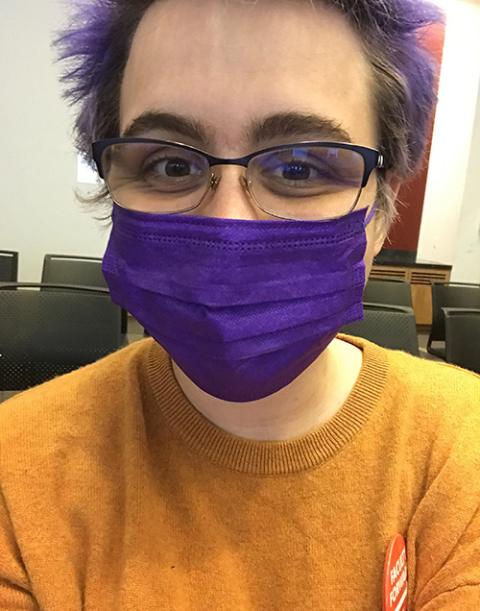 Fordham's administration did not agree to the union's initial proposal of including adjuncts in the university's health insurance with a lower level of employer contribution, but the tentative agreement includes $300-$500 dollars in an employer-funded flexible spending account, which adjuncts can use based on their previous year of teaching to pay health expenses.

"The key thing for us is that it is an acknowledgement of responsibility on the part of the employer to provide health care in an employer-based health care system," said George.

In her Jan. 19 statement, Tetlow said that the university and faculty "face a frustrating academic marketplace, increasingly divided by status and compensation" but that the university "has made it a priority to do significantly more to correct these imbalances."

Union members were skeptical of the Fordham administration's claims during negotiations that it could not afford to meet the union's demands. "How much has Fordham paid the high-priced, union-busting law firm, Jackson Lewis, in negotiations with us and with the Graduate Student Workers?" asked George in an email to NCR before the agreement was reached.

In response to a request for an interview before the agreement, Bob Howe, associate vice president for communications and special adviser to the president, told NCR in an email that the administration "is bargaining with, not against, the union, seeking a resolution that benefits all, within the realities of Fordham's tuition-dependent finances." 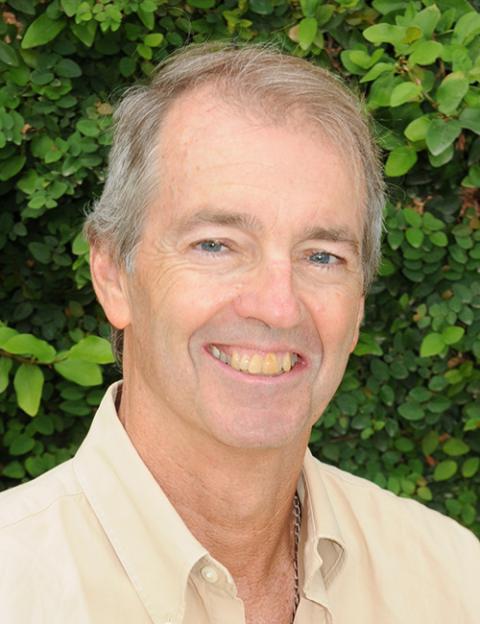 Gary Rhoades, professor of higher education at the University of Arizona (Courtesy of Gary Rhoades)

Gary Rhoades, a professor of higher education at the University of Arizona who has studied contingent faculty organizing, told NCR that the university hiring a firm like Jackson Lewis is not an uncommon tactic, but "hiring that firm can certainly be interpreted as not acting in good faith."

Tetlow has said she has a high level of respect for adjunct faculty. "My own career in academia began teaching night classes as a part-time adjunct after work," she wrote in a Nov. 18 email to Fordham faculty and staff.

Ronald Ehrenberg, a specialist in the economics of higher education and the Irving M. Ives professor of industrial and labor relations and economics emeritus at Cornell University, said that there is often a diversity in the situations of adjunct faculty. Some adjuncts have other full-time jobs and may be teaching because they enjoy the work, while other adjunct faculty want to be full-time academics and are more focused on compensation.

For full-time faculty, "the salaries of people in different fields have grown widely apart over the last say 30 or 40 years," said Ehrenberg. He attributes those differences to the different numbers of students each department teaches and to the vastly different earning opportunities certain faculty, like economics professors, have outside of academia.

As they moved through negotiations, Fordham Faculty United received letters of support from 11 departments and the Graduate School of Religion and Religious Education, in addition to letters from U.S. Reps. Jamaal Bowman, Ritchie Torres and Jerrold Nadler, all New York City Democrats. They also received support from New York state legislators and local politicians. 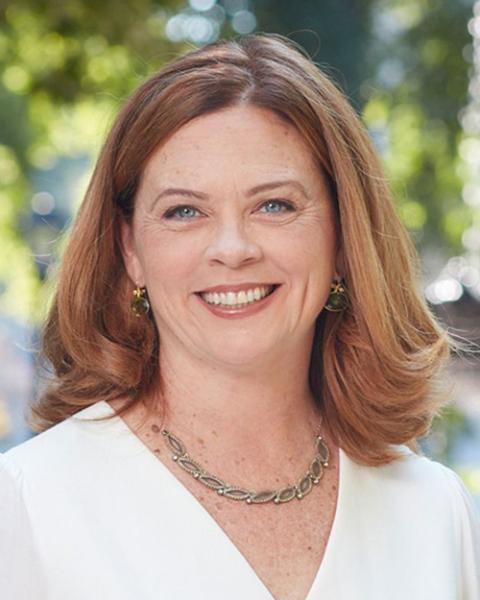 Thomas Beaudoin, a professor of religion at Fordham, signed on to a letter from all of the tenured faculty in the Graduate School of Religion and Religious Education. "If circumstances were different, any of us tenure-stream faculty, we could have been contingent ourselves at this moment in history," he said.

Beaudoin said his 27 years in Jesuit-heritage education as a student and professor have shaped his response to the union's efforts.

Rhoades said that negotiations often involve aspects of performance. "It's not so much about the actual money. It's about what institutions are willing to do," he said.

The union credits the tentative agreement with Fordham's administration to its willingness to authorize a strike.

"Since we started our strike petition," said Wood, "Fordham made much more movement in offering new proposals than they had in the entire rest of bargaining up to that point."

Said George: "It was organizing and exercising our collective power that got us to this place. It was not that the administration suddenly saw the moral issues or the social justice issues in our contract demands. It was avoiding a strike."

A version of this story appeared in the Feb 3-16, 2023 print issue under the headline: Fordham faculty call off planned strike.