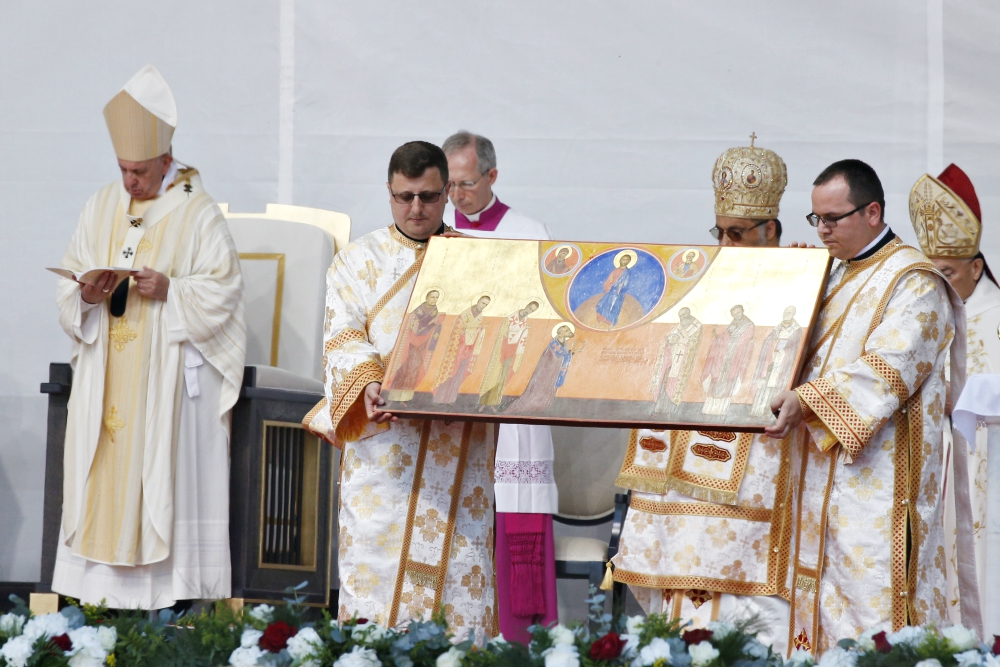 Clergy carry an icon of seven martyred bishops of the Eastern-rite Romanian Catholic Church as Pope celebrates a Divine Liturgy and the beatification of the seven bishops in Blaj, Romania, June 2. (CNS/Paul Haring)

Pope Francis June 2 honored the thousands of Romanian Catholics who were imprisoned, killed or otherwise persecuted by the country's Communist era authorities, saying their fortitude demonstrated "an exemplary faith and love."

In a moving ceremony to beatify seven Romanian Greek Catholic bishops who died in prison after refusing to renounce their faith, Francis said they gave their lives "to oppose an illiberal ideological system that oppressed the fundamental rights of the human person."

"With great courage and interior fortitude, they accepted harsh imprisonment and every kind of mistreatment, in order not to deny their fidelity to their beloved church," the pope told some 60,000 gathered for an Eastern rite Divine Liturgy on a green hillside where, seven decades ago during a national centenary event, communist leaders had formally dissolved the Romanian Greek Catholic Church.

"These pastors, martyrs for the faith, reappropriated and handed down to the Romanian people a precious legacy," said Francis.

The pope is on a three-day trip to Romania, on Europe's southeastern border, during which he is addressing a diverse set of audiences. While the vast majority of the country's 19 million population is Eastern Orthodox, there are two historic Catholic minorities: a mostly Hungarian immigrant Latin rite community, and the Greek Catholic Church.

During the communist era, Romania's leaders favored the Orthodox Church, which was considered more in line with Russia. They deposed the Greek Catholic bishops, imprisoned many of the leaders, and forced the conversions of hundreds of thousands of faithful.

The communists also confiscated many of the Greek church's possessions, and transferred its four cathedrals to the Orthodox.

Francis is the first pope to travel to Blaj, a small town nestled in the densely wooded foothills of the Carpathian Mountains in the Transylvania region that has long been the Greek Catholic Church's headquarters. Although Pope John Paul II came to Romania in 1999, Orthodox officials requested then that he limit his travel to Bucharest, the capital.

Bishop John Michael Botean, who leads the Romanian Greek Catholic Church's only diocese abroad, said before the event that Francis' decision to come and be part of the beatification ceremony was "very, very important" for his community.

"They were the leaders of our church, they stayed faithful," said Botean, who leads the Eparchy of St. George's in Canton, Ohio, which serves Romanian Catholics across the U.S. and Canada. "In their minds they were explicitly being faithful to the see of Peter."

"They set just a profound witness ... as examples of firmness of conscience and willingness to sacrifice oneself," he said.

Regional experts likewise characterized the event as an important and symbolic gesture of recognition undertaken by Francis.

Gail Kligman, a sociologist who has done extensive field work in Romania both during and after the communist period, pointed to the communist authorities' imprisonment not just of the Eastern rite bishops but hundreds of their priests.

"Through the communist period, the faithful in the Eastern church really carried on in a very clandestine fashion," said Kligman, an associate vice provost for UCLA's International Institute. "That took a great deal of courage."

The sociologist called the pope's decision to come to Blaj "a reckoning — a recognition that the state persecuted these people."

"This is a serious recognition and ... I'm really glad he's doing that," she said.

As Francis presided over the Divine Liturgy in Blaj, his first such Eastern rite celebration in six years as pontiff, many in the crowd held up images of the seven bishops being beatified. Others held aloft Romanian flags, and many wore hats in the papal colors of white and yellow.

The pope sat in an elevated chair behind the altar during the liturgy, which was celebrated by Greek Catholic Cardinal Lucian Muresan.

In a brief address after the ceremony, Muresan expressed his "highest gratitude" for the pope's gesture in coming to be with his community. He mentioned that Pope Pius XII had wanted to come to Blaj in the 1950s, when the seven bishops were suffering.

"Today, this dream has become a reality," said the 89-year-old cardinal. "Peter is here. To confirm us in the faith. To kiss and heal our wounds. To inspire us toward a renewed path."

Francis closed his trip to Romania later in the day by visiting with several dozen members of the country's Romani minority, the Indo-Aryan ethnic group often referred to as "gypsies" that make up about 3% of Romania's population.

He apologized to the Romani for the discrimination, mistreatment and segregation they have endured, even from the church.

"I ask forgiveness, in the name of the church and of the Lord," said the pope, "for all those times in history when we have discriminated, mistreated or looked askance at you ... and were unable to acknowledge you, to value you and to defend you in your uniqueness."

Francis returns to Rome in the evening June 2.

Kligman ventured that, for Romania's Eastern rite Catholics, the beatification ceremony with Francis will be considered "one of the most important moments that they have experienced."

Mentioning that she knows one Romanian family that has six Eastern rite priests, several of whom spent time in prison during the communist era, she added: "I'm sure that they will have done everything possible to have been there."

Razaila Vasile Dorin, a 16-year-old Romani attending the meeting said the pope's decision to dedicate time with his community meant a lot, as did the apology. "We experience discrimination all the time," he said.

This story appears in the Francis in Romania feature series. View the full series. 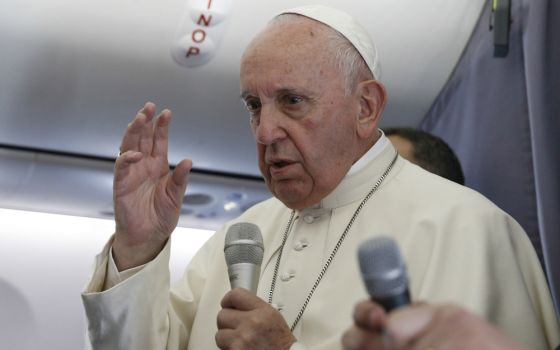 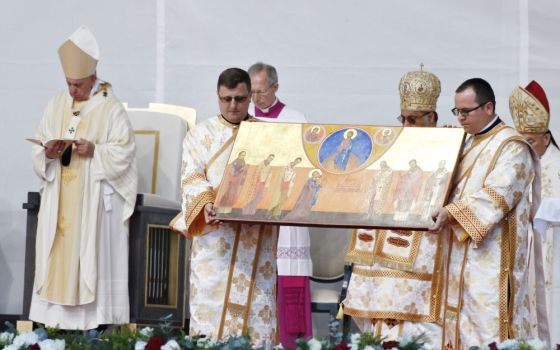 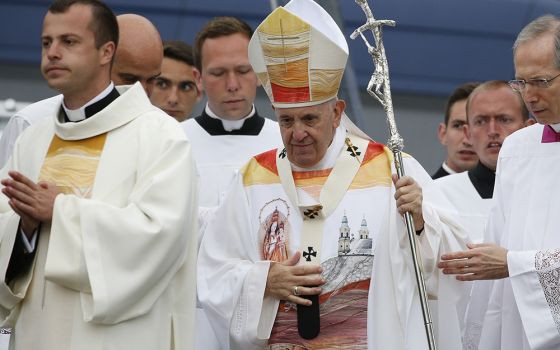 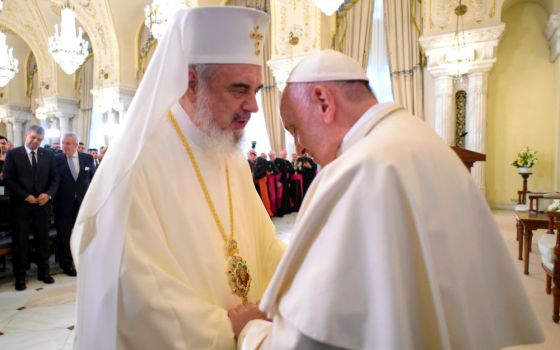