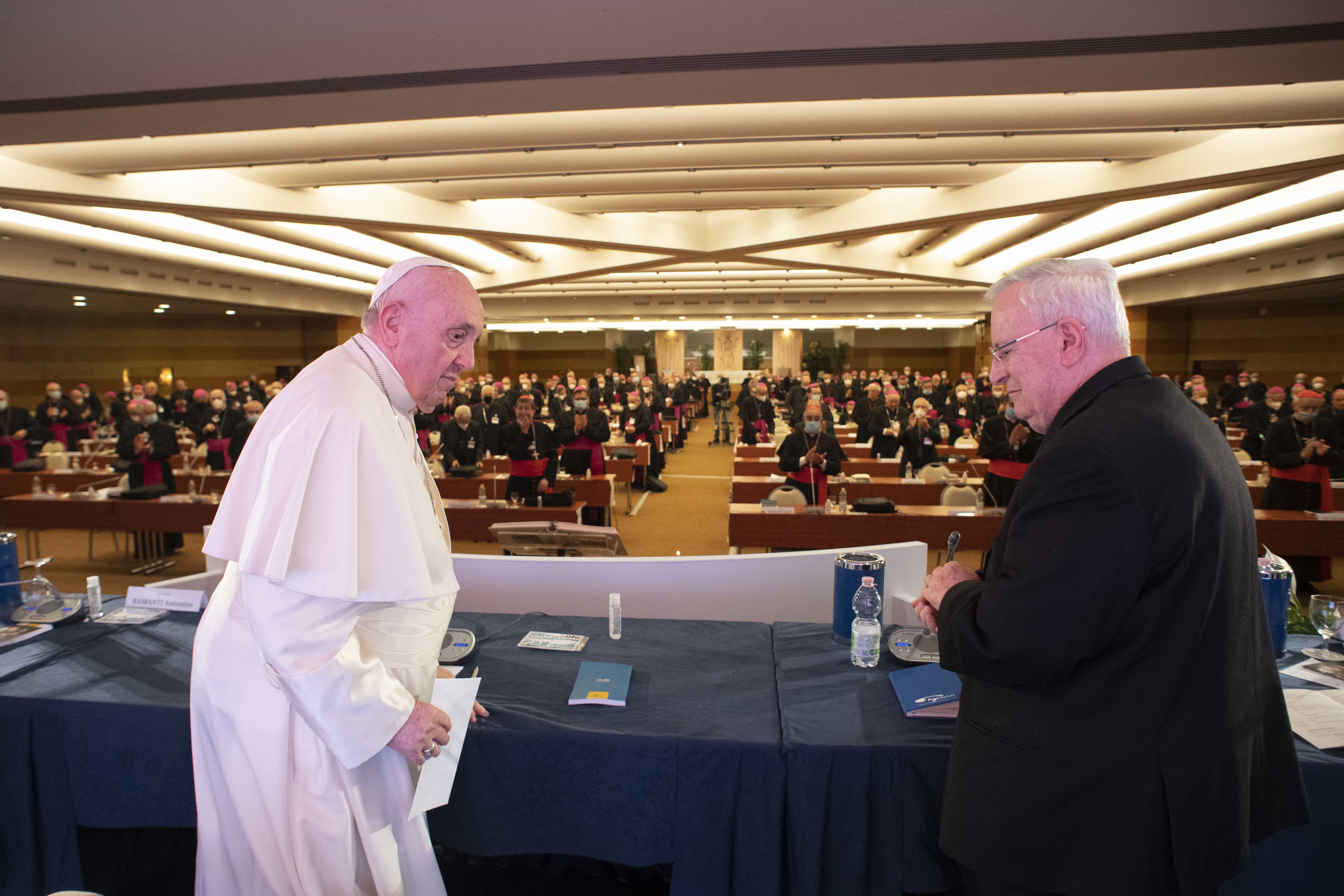 Pope Francis invited Italy's bishops to live the "beatitudes of a bishop," an adaptation of the traditional Eight Beatitudes to provide guiding principles for being a "good shepherd" of a diocese.

Blessed is the bishop who walks a path of poverty and sharing, of accompanying those who suffer, of humility that finds joy in hard effort, of justice, of mercy, of peace and tenderness, according to the new set of beatitudes, written in Italian.

The invitation came during a two-hour closed-door meeting Nov. 22 with Italian bishops, who were meeting in Rome Nov. 22-25 for an extraordinary general assembly on "The synodal journey of the church in Italy."

The pope traveled by car to the Rome hotel where the bishops were meeting and opened the assembly for what was a "strictly private encounter," according to a written statement by the Vatican press office Nov. 22.

However, the press office shared a copy of the card that the pope distributed to all the bishops at the assembly as part of "launching a conversation with the bishops." The card had a color image of "The Good Shepherd" painting by the German Renaissance artist Lucas Cranach der Ältere and, on the reverse, listed "The Beatitudes of the Bishop."

The beatitudes were created by Italian Archbishop Mimmo Battaglia of Naples, who was dubbed "Bergoglio of the South" while he was a bishop of another southern Italian diocese and continued his work as a "street priest," especially in aiding those with drug dependencies.

The archbishop, 58, presented the beatitudes during a homily ordaining three new auxiliary bishops for Naples in October; they were reproduced on the card distributed by the pope: