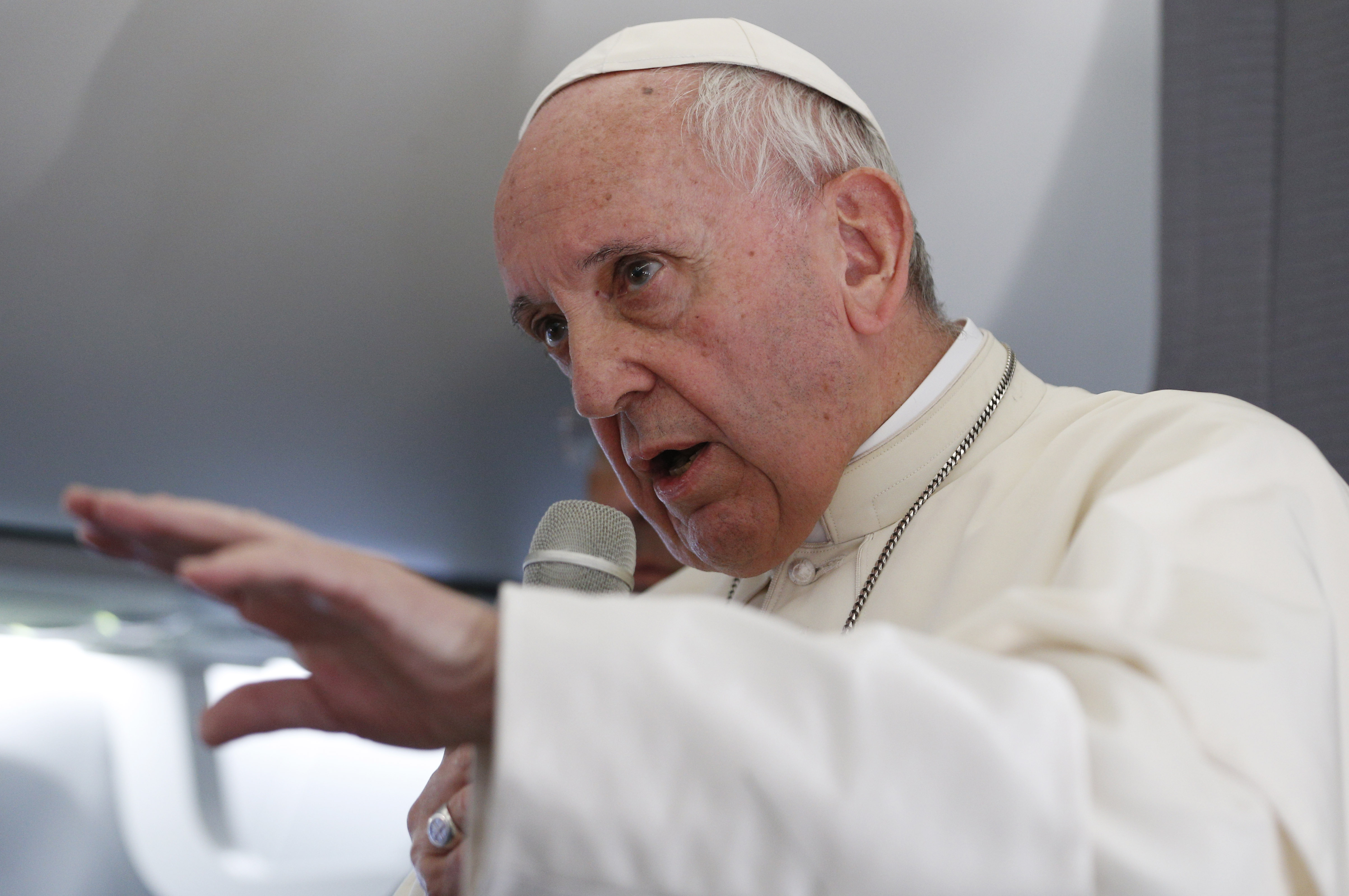 Pope Francis has defended the measures undertaken by the Catholic Church in recent years to respond to clergy sexual abuse, saying the global institution has grown in its understanding of the "monstrous" problem and has "spared no effort" to protect children.

In a press conference aboard the Sept. 25 papal flight back to Rome after a four-day visit to the three Baltic States, the pontiff said that the number of children abused over past decades "has diminished because the church has realized that it must fight in a different way."

"In older times, these things were covered up," he said. "They covered it up because there was a very great shame. It was a way of thinking in the ... past century."

"The church has ... become aware of this and has spared no effort," he said.

Francis spoke about abuse in a 55-minute press conference in which he also addressed concerns about the Vatican's recent announcement of a "provisional agreement" with China to resolve a seven-decade dispute over how Catholic bishops are appointed in that country.

On abuse, the pontiff referenced the recent Pennsylvania grand jury report, which found that at least 1,000 children had been abused in six dioceses across the state over seven decades.

The pope said it was important to evaluate history using a hermeneutic, or way of interpretation, that accounts for how people considered issues at the time they occurred.

Francis' defense of the church's handling of abuse came in a press conference that was marked by the pope's initial refusal to take questions dealing with issues outside the scope of his trip abroad.

After three questions and 16 minutes dealing with his Sept. 22-25 trip to Lithuania, Latvia, and Estonia, a journalist asked Francis about the Sept. 25 formal release of a report in Germany that documented the abuse of more than 3,600 people by Catholic clergy over a period of 68 years.

"I will speak about this after [speaking about] the trip," the pontiff responded to the question, saying that people reading the news coverage "expect information on this trip." The pope returned to the question in the 39th minute of the conference. 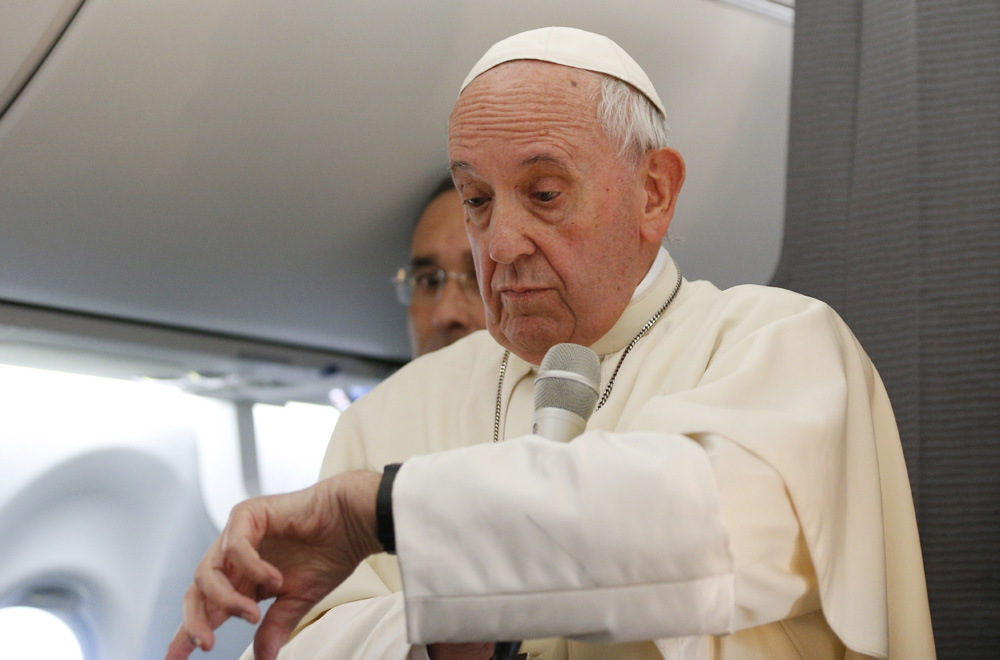 Pope Francis checks his watch after answering questions from journalists aboard his flight from Tallinn, Estonia, to Rome Sept. 25. (CNS/Paul Haring)

"Even if it is one single priest who abuses a child — this is monstrous," said Francis. "Because that man was chosen by God to lead the child to Heaven."

Francis has been under intense global scrutiny for his handling of clergy sexual abuse after former Vatican ambassador Archbishop Carlo Viganò released a document in August alleging a systemic cover-up of allegations against now ex-cardinal Theodore McCarrick.

The pontiff made his only remarks specifically on the matter to date in an Aug. 26 press conference after his last trip abroad to Ireland.

The pope said Vigano's document, which contains a host of unsubstantiated and ideological claims and has now been revealed to have been drafted with the help of several ultra-right-wing Catholic figures, "speaks for itself."

Journalists aboard the flight from Estonia had planned to ask Francis again about Viganò's claims, but were unable to after the pope suspended taking questions outside the scope of the trip.

Francis did refer to Viganò at one point in the press conference, saying that after "that famous document" from a former ambassador had been released "bishops from the whole world wrote to me to tell me they were close to me and praying for me."

The pope said one of those letters had come from China, where the Catholic community has been split between an underground church loyal to Rome and a state-backed "patriotic association," and that members of both groups had signed it.

The Sept. 22 statement from the Vatican announcing the agreement with China over bishops' appointments did not detail the specifics of the deal, but reports indicate it foresees that new bishops for Chinese dioceses will be proposed to the Vatican by the government.

The pope will then make the final decision on whom to appoint as bishop, say the reports, effectively giving the pope veto power on the matter.

"It's not [that the government] names them," Francis said in the press conference. "It is a dialogue. But the pope will name them, let that be clear."

The pope said that in every kind of diplomatic accord "both sides lose something," and he praised the "endurance" of Catholics in the underground church in China.

This story appears in the Francis in the Baltics feature series. View the full series.
A version of this story appeared in the Oct 5-18, 2018 print issue under the headline: Francis says church has 'spared no effort' in response to abuse. 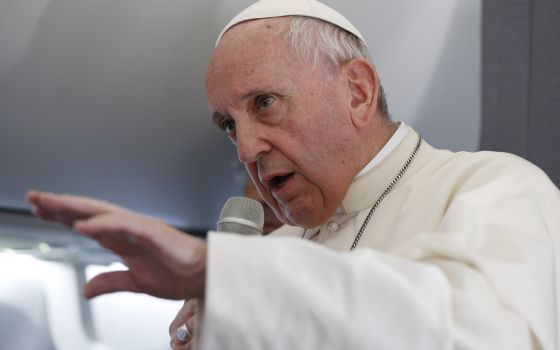 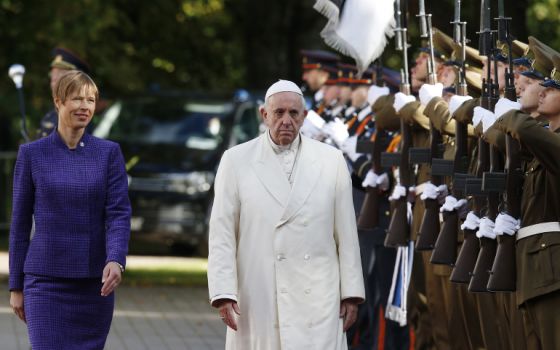 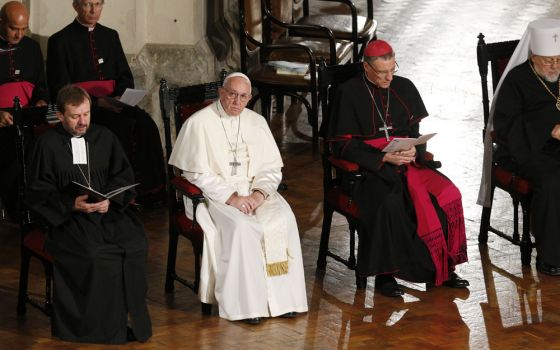 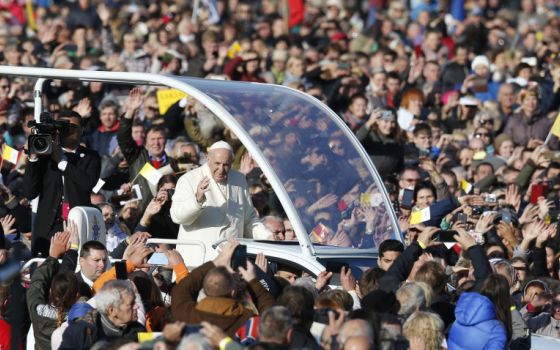