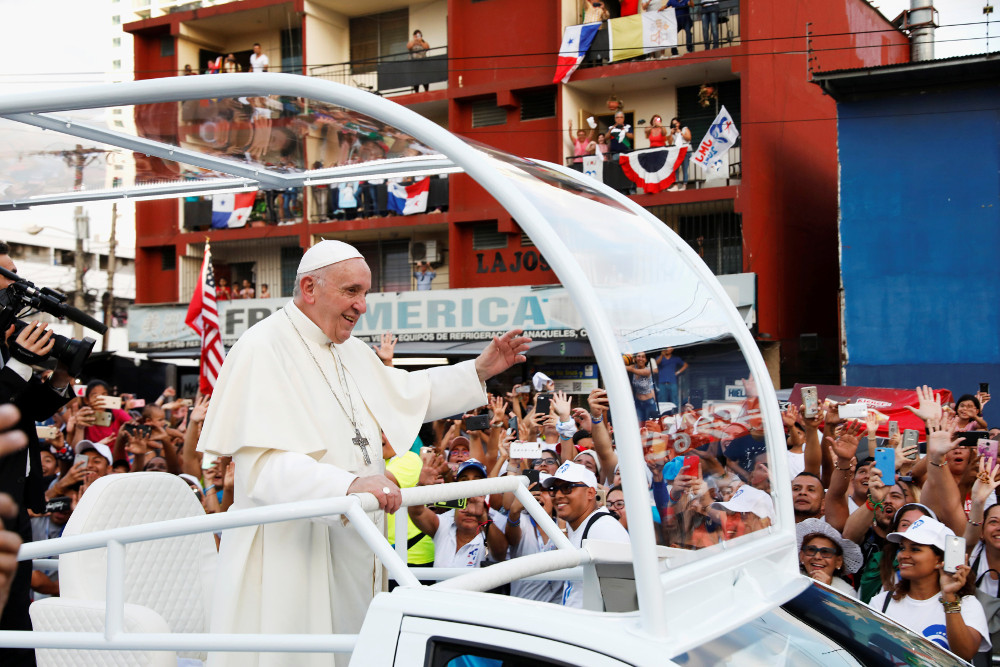 Pope Francis waves from his popemobile as he arrives for World Youth Day in Panama City Jan. 23. (CNS/Reuters/Henry Romero)

Pope Francis called on the Catholic bishops of Central America Jan. 24 to emulate the ministry of their martyred and newly sainted compatriot Archbishop Oscar Romero, exhorting them to follow his example by listening to the needs of their people and embracing a church of the poor.

In a 48-minute address to dozens of bishops belonging to the regional conference representing Panama, El Salvador, Costa Rica, Guatemala, Honduras and Nicaragua, the pontiff also told the prelates to stand with migrants, saying the church cannot be uncaring to them.

Speaking in Panama City's 17th century Church of St. Francis as a second caravan is headed on foot north to the U.S.-Mexico border, the pope said of migrants: "We cannot remain indifferent."

"Whereas the world discards people, as we are painfully aware, Christ's kenosis does not," said Francis.

The pope quoted John's first letter: "If anyone has the world's goods and sees his brother in need, yet closes his heart against him, how does God’s love abide in him?" He then asked the bishops: "Where do we wish to stand?"

Francis is visiting Panama Jan. 23-27 for World Youth Day, a triennial Catholic event. He was speaking Jan. 24 to the Episcopal Secretariat of Central America, founded in 1942 as the first regional bishops' conference in the Western Hemisphere.

The pontiff focused his talk almost entirely on Romero, the archbishop of San Salvador who was shot dead in 1980 after speaking out against military oppression in the run-up to his country's bloody civil war.

Although many Salvadorans proclaimed the church leader a saint immediately after his death, his formal cause for sainthood had languished for decades. Francis, from Argentina and the first Latin American pontiff, restarted his cause shortly after his 2013 election and formally proclaimed Romero a saint last October.

He also frequently compared Romero's sacrifice with Jesus' kenosis, a Greek term signifying his pouring out of his self.

The pope told the prelates that the Salvadoran had "embraced passionately ... the currents of renewal authoritatively proposed by the Second Vatican Council," referring to the 1962-65 global meeting of bishops that led to wide reform in the church.

"'Thinking with the church' meant, for Romero, contemplating her as the People of God," he said. 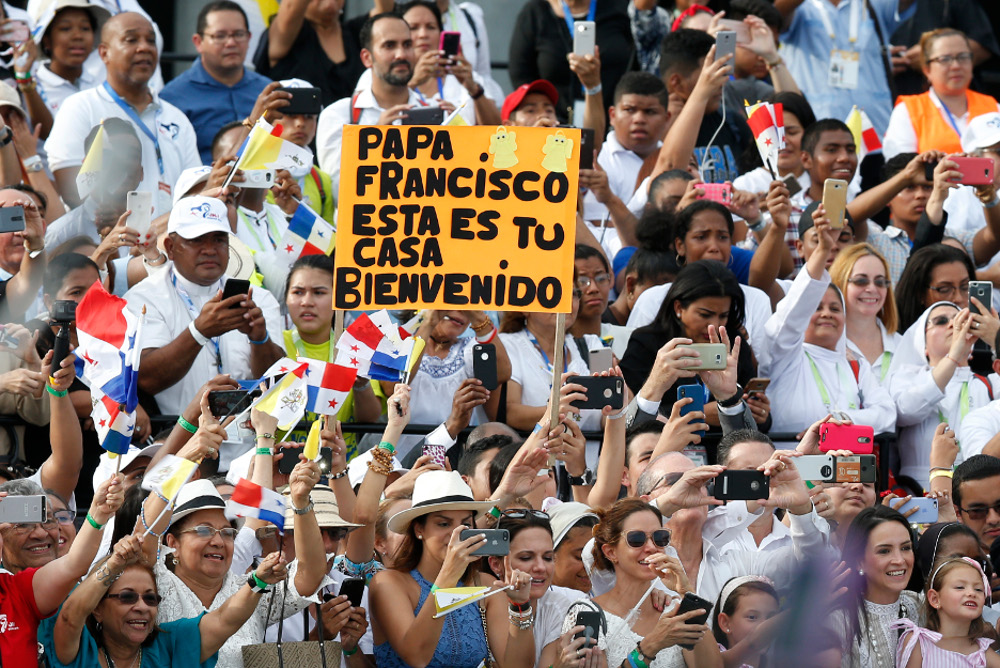 Paraphrasing the ninth paragraph of the council's dogmatic constitution, Lumen Gentium, he continued: "For the Lord did not want to save us alone and apart from others, but to establish a people who would profess him in truth and serve him in sanctity."

"Romero showed us that the pastor, in order to seek and discover the Lord, must learn to listen to the heartbeat of his people," said Francis.

Now paraphrasing the first paragraph of the council's pastoral constitution, Gaudium et spes, the pope said: "[The pastor] must smell the 'odor' of the sheep, the men and women of today, until he is steeped in their joys and hopes, their sorrows and their anxieties."

Calling on the bishops to embrace the model of a poor church, Francis cited an October 1978 homily by Romero: "In the Church, Christ lives among us, and so she must be humble and poor, since an aloof, prideful and self-sufficient Church is not the Church of kenosis."

He told the prelates that a pastor "is measured by his ability to be moved by the many lives that are hurting or threatened."

"To do this as the Lord does, means allowing this suffering to have an impact on our priorities and our preferences, on the use of our time and money, and even on our way of praying," he said.

Francis' enthusiasm for Romero was shared by some in the crowds gathered outside the church before his talk. One group was holding up a Salvadoran flag and shouting, "St. Romero is here, St. Romero is here!"

His trip to Panama, his first in a year packed with foreign travel, comes as the pontiff is under intense scrutiny over the Catholic Church's handling of clergy sexual abuse. The pope has called the first global summit of the world's bishop presidents to focus on the issue, to be held Feb. 21-24.

The pontiff did not address clergy abuse in his talk to the bishops, but he did give advice for how the prelates should relate to their priests, encouraging openness and taking time to listen to their needs and concerns.

Francis pointed to the way he said Romero was "seared" by the killing of one of his priest friends, Jesuit Fr. Rutilio Grande.

"Romero was no human resources manager; that was not how he dealt with individuals or organizations, but as a father, a friend and a brother," said the pontiff. "He can serve as a yardstick, however daunting, to help us measure our own hearts as bishops and ask: 'How much does the life of my priests affect me?'"

The pope told the bishops that they can delegate many of their responsibilities to others, but said: "What we cannot delegate, however, is the ability to listen, the ability to keep track of the good health and the lives of our priests."

"We cannot delegate to others the door that must be open to them," he said. "An open door that invites trust rather than fear, sincerity rather than hypocrisy, a frank and respectful exchange rather than a stern monologue."

Francis spoke to the Central American bishops Jan. 24 after speaking earlier in the morning to Panamanian President Juan Carlos Varela and about 700 of the country's political and religious authorities, members of the country's diplomatic corps, and civil society representatives.

Speaking in the courtyard of the Palacio Bolivar, headquarters of Panama's Ministry of Foreign Affairs, he called the nation a "strategic enclave" for the entire world, given its position as an isthmus straddling the Pacific and Atlantic Oceans.

The pope exhorted the country to be a "land of convocation" that knows to "defend the common good above the interests of a few." 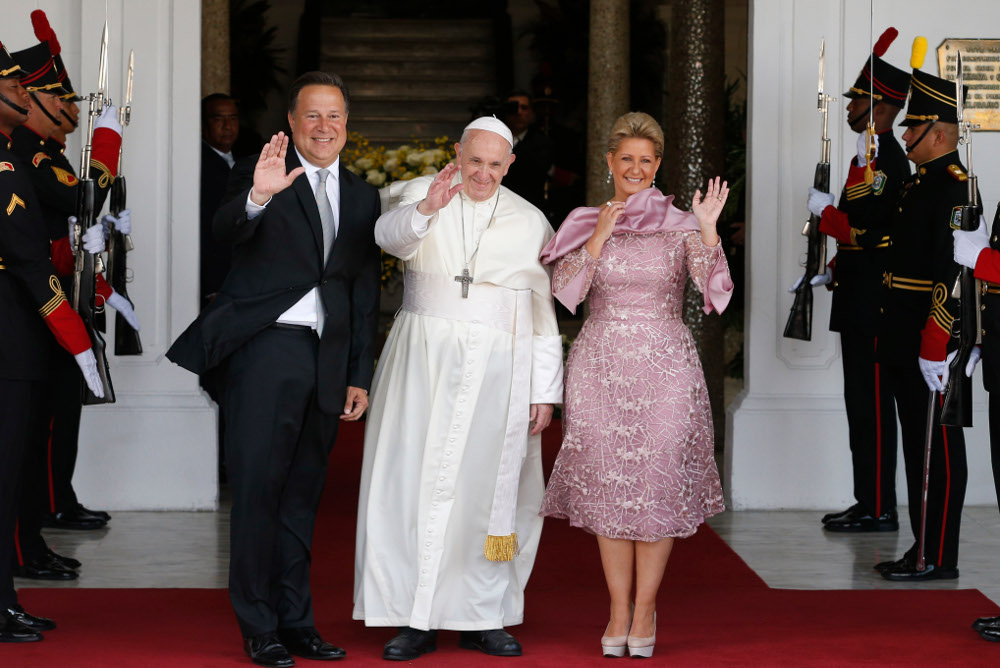 Francis' five-day visit to Panama is focused almost entirely on World Youth Day. Later Jan. 24, the pope is to take part in the event's opening ceremony, where he is expected to respond to the testimonies of five young people from around the world.

On Jan. 25 Francis will head to a local juvenile detention center to meet with detainees and hear confessions there, in a move the Vatican says is a first of its kind for a pope, and is meant to bring the spirit of the World Youth Day celebration to those who otherwise would not be able to take part.

Crowds in Panama have been fewer than past celebrations of the triennial event, partly due to the choice to hold the event in January, which allows more Latin American students to take part during their summer but inconveniences North Americans and Europeans, who are still in school during their winter.

About 150,000 youth pre-registered for the events, according to Vatican figures, although final numbers are expected to be higher. A country of some 4 million, Panama is about 89 percent Catholic.

The pope landed in Panama City the evening of Jan. 23 to enthusiastic crowds.

As he disembarked from the papal flight, a military band and high-school band played together, and members in the crowd waved flags enthusiastically, some holding signs simply telling the Latin American pope: "Welcome home."

This story appears in the World Youth Day 2019 feature series. View the full series.
A version of this story appeared in the Feb 8-21, 2019 print issue under the headline: Pope visits Panama amid abuse crisis scrutiny. 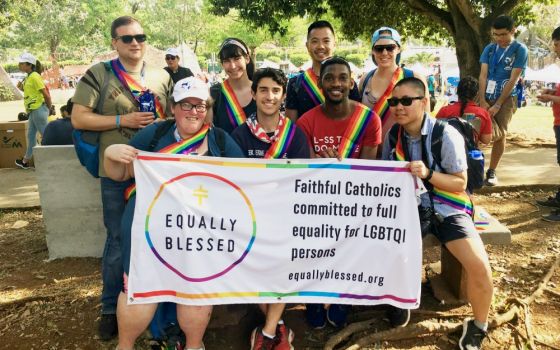 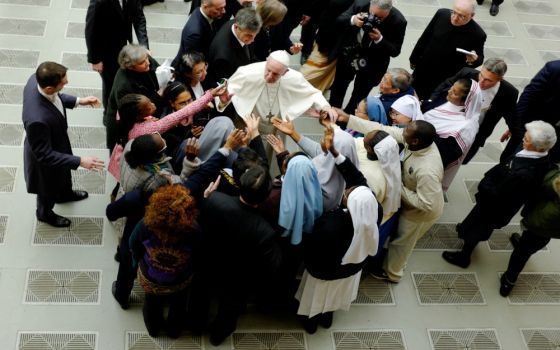 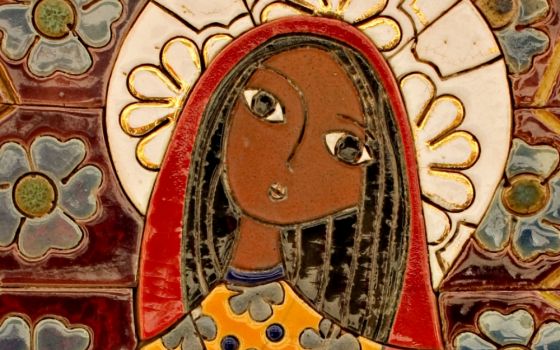 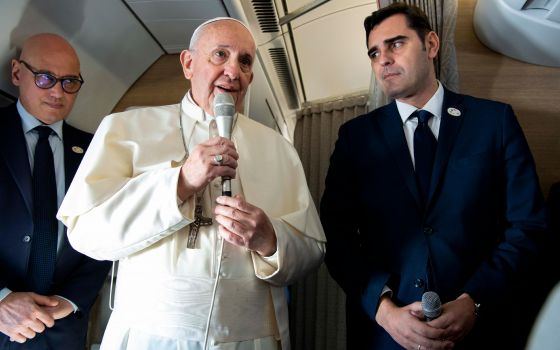