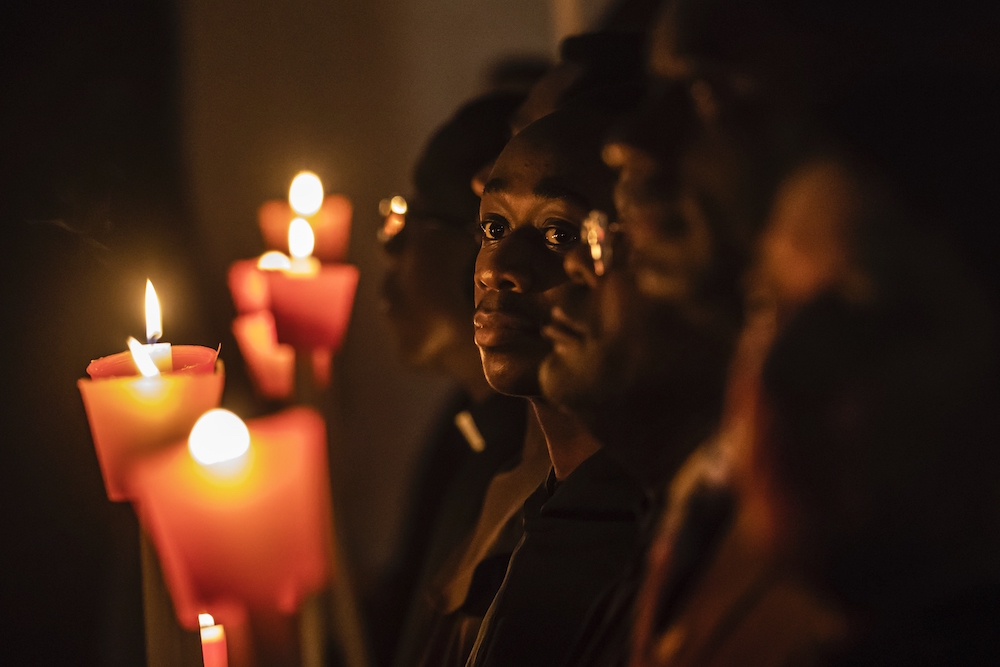 Religious hold candles as Pope Francis celebrates a Mass marking the World Day for Consecrated Life in St. Peter's Basilica at the Vatican Feb. 1, 2020. The Mass was celebrated on the vigil of the feast of the Presentation of the Lord. (CNS/Stefano Dal Pozzolo, pool)

The survey was updated from Kreis' Life Satisfaction Scale for Apostolic Women Religious, which began collecting responses in 2016.

"My ministry has shifted from being primarily teaching to primarily administration. It was a little bit of a moment for me to reflect on the last six months," he said.

Schroeder is a member of the Society of the Divine Word and lives in a formation community with about 35 men religious. As far as he knows, he's the only member of his congregation to have taken the survey, but he hopes more will participate.

"I think it serves on both a personal level and a congregational level," Schroeder said. "It's also important for religious communities to get a bit of a snapshot of where things are at. As you know, religious life is going through major changes, and this is a time of transition. It's different for women and men because more men are in a priestly role, but it's good to get a snapshot of where they are."

If Kreis can collect enough responses to analyze whether the survey is an effective measure for life satisfaction among men religious, then entire congregations will be able to take advantage of the insights the survey offers to assess their communities' health in five areas: congregational character, individual well-being, membership viability, holistic growth and commitment, and inter-relationships.

The survey has already received positive reception from communities of women religious who took the survey and had their results compiled into reports to be used for planning and decision-making.

To assess whether the scale is effective for men, Kreis hopes to collect over 2,000 survey responses by August.

"The hope is to show that the tool is intergenerational, intercongregational and gender-neutral. In order to do that, you do need a large sample because we have so many variables," Kreis explained.

The idea to make the tool available to men religious came from Kreis' colleagues at Catholic Theological Union, she said. The survey was modified slightly to make it gender-neutral.

From 2015 to 2019, the scale's development was funded by a grant from the Hilton Foundation, in partnership with Duquesne University. Since then, the project has been funded by CTU as the research component of its Thriving in Ministry grant from the Lilly Endowment.

The long-term financial feasibility of the life satisfaction scale depends on religious communities paying to use it, Kreis said. She hopes that extending the scale to men religious will help make it more affordable for all communities. Researchers have to be paid to analyze the data from surveys and compile reports, so the more groups that pay in, the more affordable it will be.

"In the future, we'll either need a grant or payment from congregations. From that money, we can pay someone who does the statistical analysis and puts it into [each] report, so I can present it," Kreis said. In the case of Spanish-speaking congregations, a translator would also have to be hired, Kreis added.

"My goal is to have this gender-neutral version so that in the future it might be hosted in one place so that all the men and women religious can pay into it, so they can use it as a baseline for planning and growth," Kreis said.