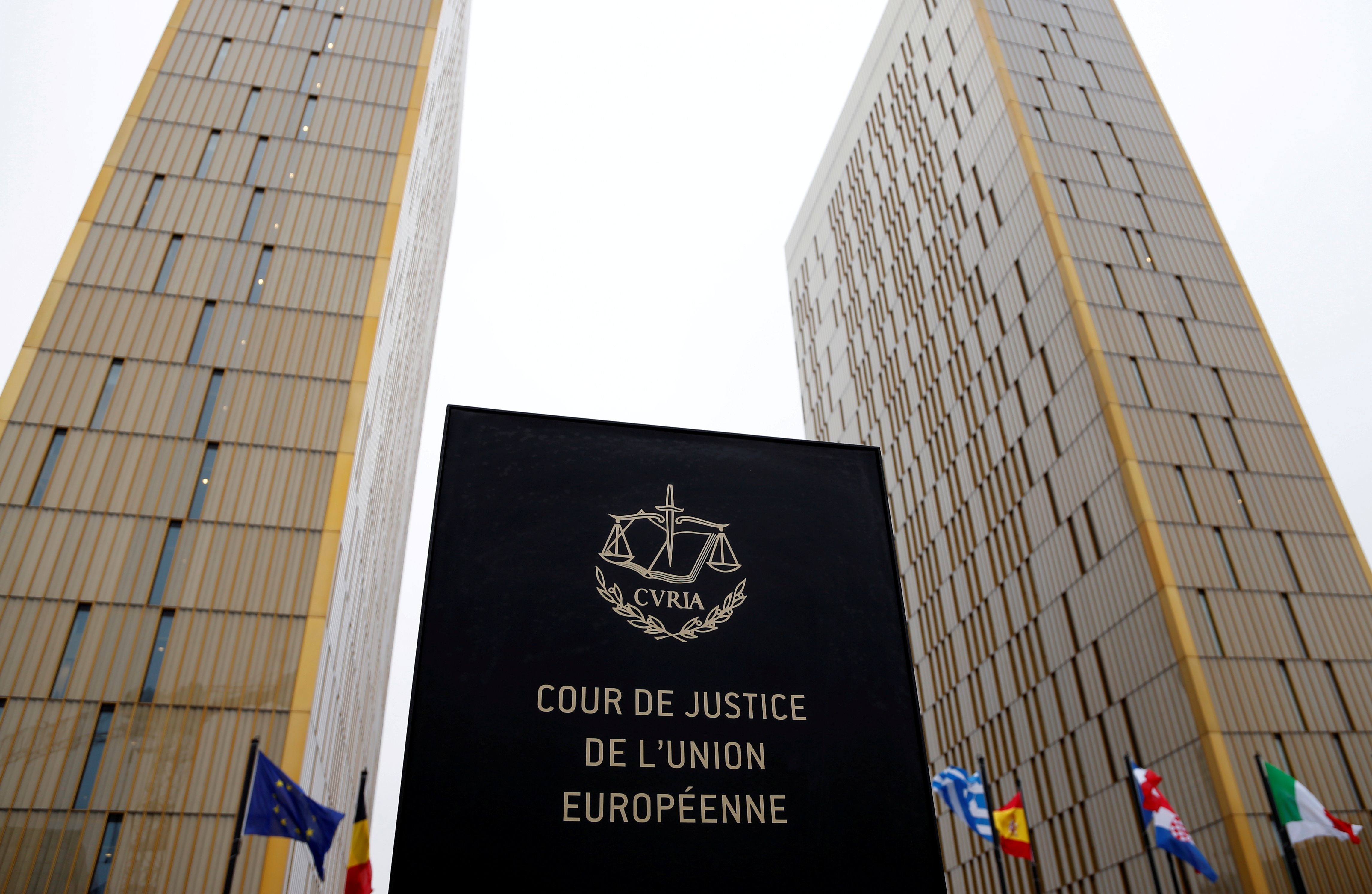 The towers of the European Court of Justice are seen in Luxembourg. Germany's Catholic Church said it would review its employment system, after top European judges warned it could violate anti-discrimination laws by requiring staffers to be religious. (CNS/Francois Lenoir, Reuters)

Germany's Catholic Church said it would review its employment system after top European judges warned it could violate anti-discrimination laws by requiring staffers to be religious.

On April 17, the Luxembourg-based European Court of Justice ruled that demands for church employees to have a "religious affiliation" should be subject to judicial review.

Jesuit Father Hans Langendorfer, the German bishops' conference secretary-general, said the church has "always ensured it does not impose disproportionate demands" on potential workers. He said that, in light of the ruling, the church would "examine how far its recruitment practices should be adapted."

In a statement, Father Langendorfer said Germany's Catholic bishops welcomed the court's confirmation that churches were still entitled to consider a job candidate's "attitude to religion," and that state courts could not "disregard their religious ethos."

However, he noted that Catholic conditions for professional involvement in ministry could now be legally challenged.

The Catholic and Protestant churches are among Germany's largest employers and have been allowed wide-ranging self-administration under religious freedom clauses in the country's 1949 constitution, or Basic Law.

However, church institutions have faced lawsuits over alleged discrimination against non-Christian staffers, notably at church-owned hospitals and charities.

In May 2015, the Catholic bishops' conference announced it was reforming the church's labor law to reflect "multiple changes in legal practice, legislation and society," and would permit trade union membership while no longer requiring the church's 750,000 employees to reflect Catholic teaching in their lifestyles.

The statement said church staffers, including non-Catholics, would still be expected to "refrain from anti-church behavior," such as by promoting abortion or xenophobia.

However, those who remarried after divorce or contracted civil partnerships would face dismissal only if their actions affected "the church's integrity and credibility."

The director of Germany's federal anti-discrimination agency, Christine Landers, told the Catholic news agency, KNA, the ruling meant churches would now have to "be able to explain every employment decision comprehensively in court."