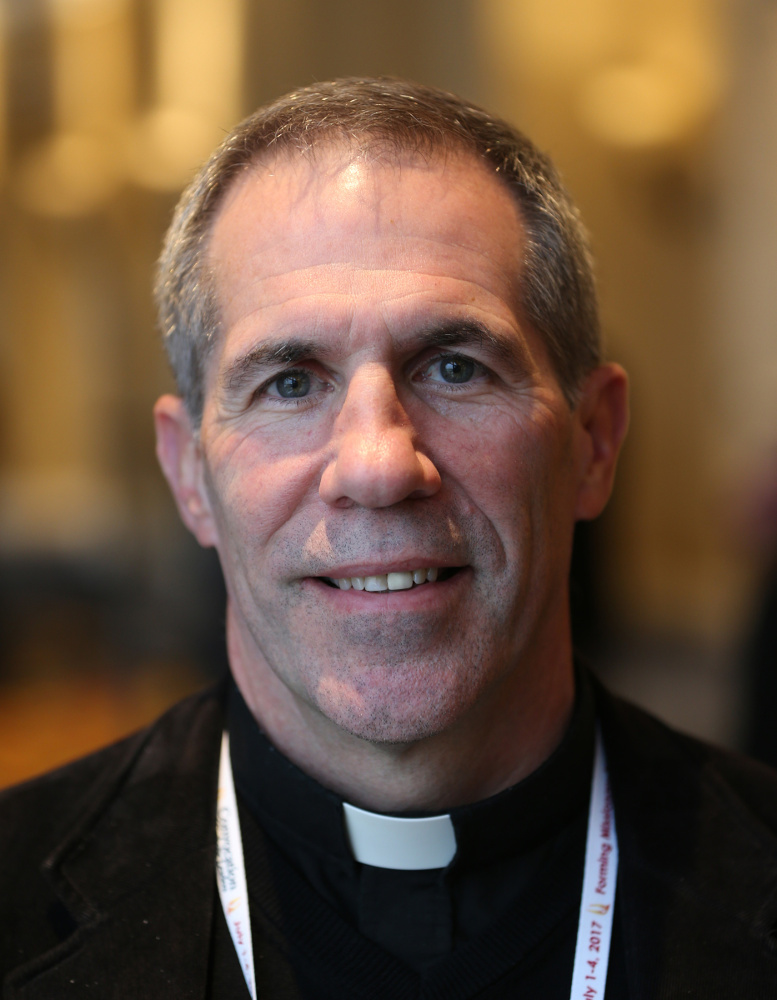 Archbishop Michael Byrnes of Agana, Guam, pictured in a 2016 photo, has announced the archdiocese will file bankruptcy and reorganize under Chapter 11 of the U.S. Bankruptcy Code. (CNS/Bob Roller) 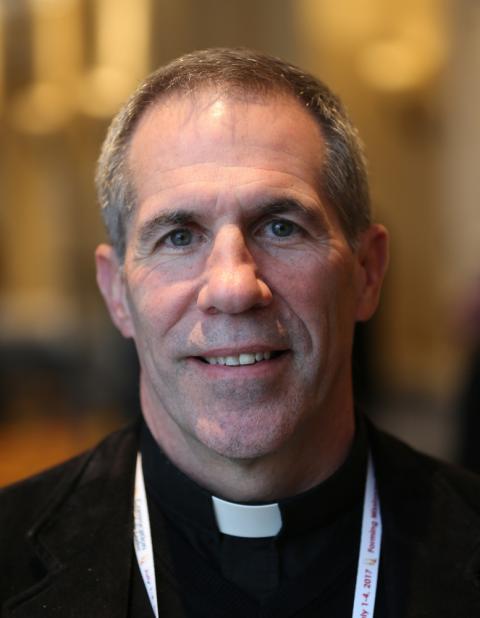 Archbishop Michael Byrnes of Agana, Guam, pictured in a 2016 photo, has announced the archdiocese will file bankruptcy and reorganize under Chapter 11 of the U.S. Bankruptcy Code. (CNS/Bob Roller)

Sometime in the weeks ahead, the Archdiocese of Agaña will file bankruptcy and reorganize under Chapter 11 of the U.S. Bankruptcy Code, Archbishop Michael Byrnes said Nov. 7.

The bankruptcy filing will take place in the U.S. District Court of Guam between mid-December and mid-January.

"This is the best way to bring the greatest measure of justice to the greatest number of victims," Byrnes said.

He made the announcement to reporters after first meeting with leaders of Catholic parishes, schools and organizations to brief them firsthand.

Byrnes made the decision to file bankruptcy and reorganize in consultation with the archdiocesan finance council and the college of consultors, an advisory group of priests. Both bodies support the filing, the archdiocese said.

Parishes and schools will continue their operations after the bankruptcy has been filed. It is expected there will be a notification process to allow all victims of clergy abuse to have their claims resolved "in a fair process."

Byrnes, who has been leading the archdiocese since 2016, emphasized to the media the importance of the church "staying strong and united in this newest chapter of its journey to correct the wrongs of the past and become a better archdiocese."

In June 2016, Pope Francis placed the previous head of the Agaña Archdiocese, Archbishop Anthony Apuron, on leave after accusations the prelate sexually abused minors were made public. The pope named an apostolic administrator to run the archdiocese for several months and named Byrne, an auxiliary of Detroit, to take over as coadjutor archbishop October 2016.

Among Apuron's accusers is one of his nephews; he has said the prelate abused him in 1990. The archbishop has repeatedly denied the allegations.

The Vatican appointed U.S. Cardinal Raymond Burke, a noted canon lawyer, to be presiding judge in a canonical investigation of Apuron.

After a canonical trial conducted by the apostolic tribunal of the Congregation for the Doctrine of the Faith, the tribunal announced this March it found the archbishop guilty of some of the accusations made against him, including the sexual abuse of minors.

Vatican judges imposed the following sanctions on the 72-year-old Apuron: the removal from office and a prohibition from residing in Guam. The archbishop can and will appeal.

In late August, Pope Francis said the archbishop has appealed the conviction and, while he has asked some canon lawyers for input, he plans to make the final judgment on the archbishop's case himself.

At a news conference March 18 in Guam after the tribunal's announcement, Byrnes said a new chapter of humility, repentance and healing has opened for the Catholic Church in Guam following the Vatican verdict against his predecessor.

He publicly apologized on behalf of the whole archdiocese for the "grave harm" caused by Agaña's previous archbishop and said: "I called and still call upon all Catholics on Guam to intensify their prayers and with great humility, offer sacrifice for the grave harm and sins which we have experienced or have enabled in our church.

"We hang our heads in shame for the grave evil one member inflicted upon others, in this case the most vulnerable," he said in remarks, which were later released in a written statement.

"Our prayers for the victims of child abuse by Bishop Apuron and all victims of abuse here and worldwide continue; so shall our efforts to bring healing and restoration to all victims of clergy sexual abuse and to ensure this never happens again," he said.

With regard to Byrnes' Nov. 7 announcement about the bankruptcy filing, the archdiocese said in a news release the Chapter 11 process will allow "the continued reorganization of the archdiocese's finances, which has been ongoing over the last two years, and is critical in providing transparency to the abuse claimants and the Catholic community."

"The archdiocese believes that this process will be the most expeditious way to resolve all abuse claims," said Ford Elsaesser, an Idaho bankruptcy attorney who has been retained by the archdiocese to handle the Chapter 11 proceeding.