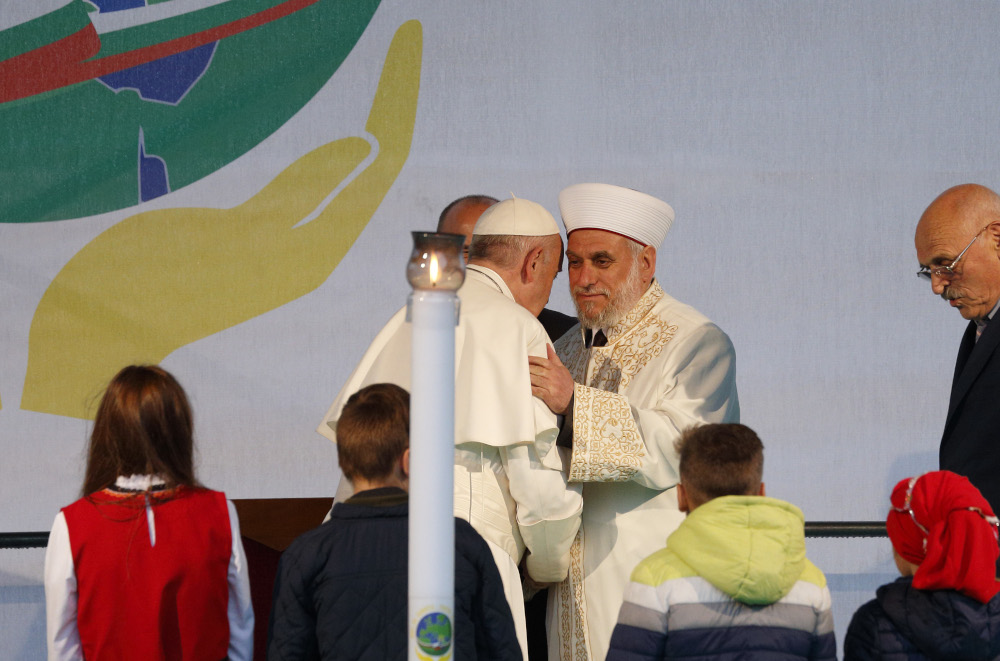 Pope Francis embraces a religious leader during a meeting for peace with Bulgarian representatives of various religious in Nezavisimost Square in Sofia, Bulgaria, May 6, 2019. (CNS/Paul Haring)

Prayers for peace are important, but they must lead those praying to roll up their sleeves, reach out their hands and open their hearts, Pope Francis said at an interreligious meeting in Sofia.

The gathering – featuring children representing the Catholics, Bulgarian Orthodox, members of the Armenian Apostolic Church, the Jewish community and the Muslim community – was held under rainy skies at Nezavisimost, or Independence, Square.

Participants were not praying together, organizers insisted, but were praying for peace each in their own way.

The event May 6, the pope's last public appointment in Bulgaria on his three-day trip, was a tribute to St. John XXIII, who was apostolic delegate to the country from 1925 to 1935 and, as pope, wrote the encyclical, "Pacem in Terris" ("Peace on Earth").

The Bulgarian Orthodox Church had announced before the pope's trip that it would not send a bishop to the gathering and it did not; rather it was represented by an Orthodox layman who works for the government department overseeing religious affairs.

Armenian Bishop Datev Hagopian and Sofia's grand mufti, Mustafa Hadzhi, joined Francis on the stage along with a government official, a Protestant minister and a woman representing the Jewish community.

Children from the religious communities, including the Bulgarian Orthodox, bore lanterns, which Francis said "symbolize the fire of love that burns within us and that is meant to become a beacon of mercy, love and peace wherever we find ourselves. A beacon that can cast light upon our entire world."

"With the fire of love," he said, "we can melt the icy chill of war and conflict."

Francis noted that from the square, a gathering place for centuries, people can see a Catholic church, a Bulgarian Orthodox church, an Armenian church, the synagogue and a mosque.

Yet their parents, grandparents and other ancestors would gather together in the square at the most important moments in the life of the nation, and people today can make the square a symbol of peace.

"Peace is both a gift and a task," the pope said. "It must be implored and worked for, received as a blessing and constantly sought as we strive daily to build a culture in which peace is respected as a fundamental right. An active peace 'fortified' against all those forms of selfishness and indifference that make us put the petty interests of a few before the inviolable dignity of each person."

As the rain poured down and guests, including the cardinals in the pope's entourage, huddled under shared umbrellas, Francis said dialogue is the only path to peace and it must include an effort to understand one another.

Members of different religions, he said, must "focus on what unites us, show mutual respect for our differences and encourage one another to look to a future of opportunity and dignity, especially for future generations." 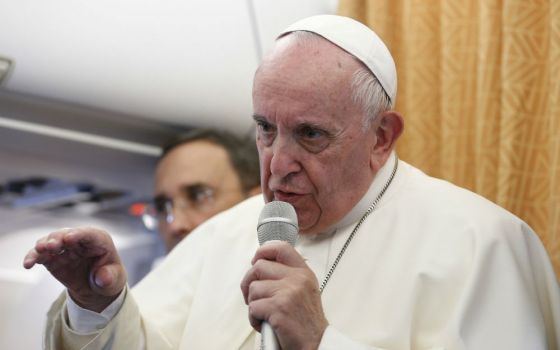 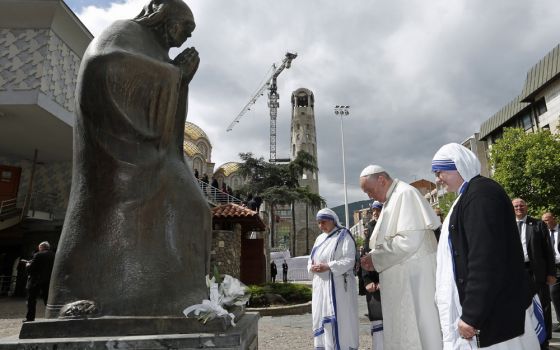 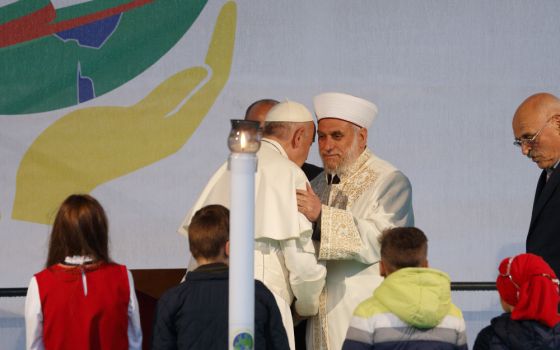 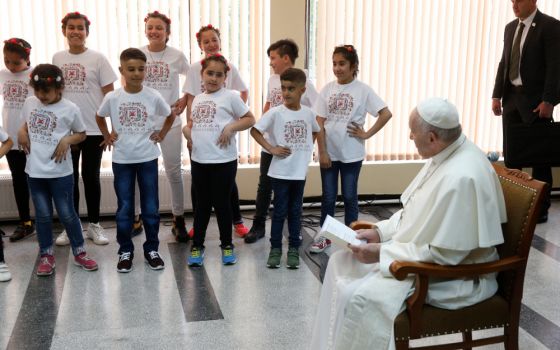