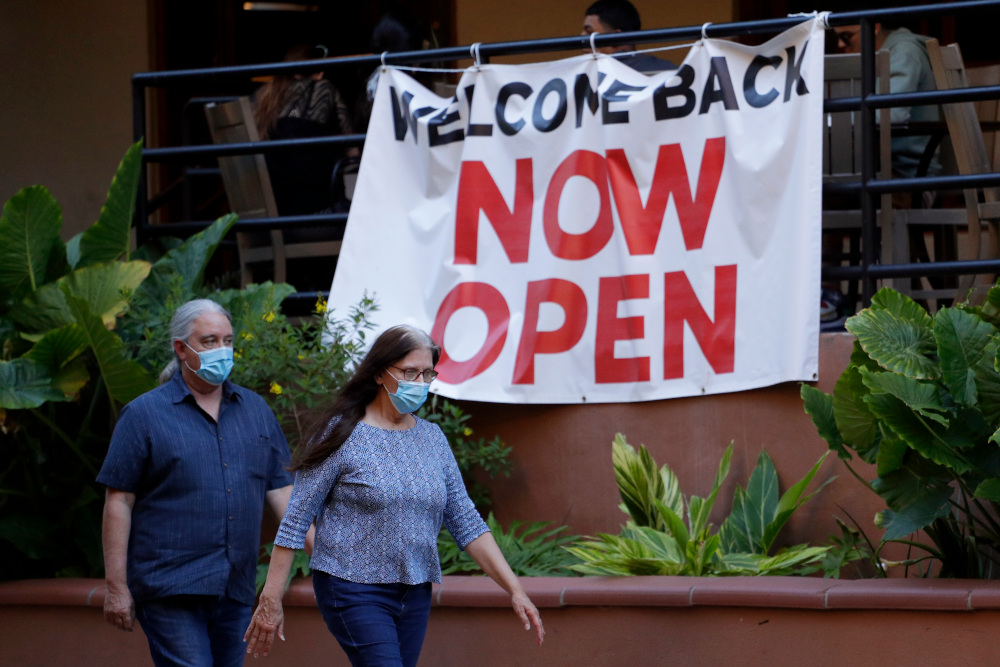 Visitors to the River Walk pass a restaurant that has reopened in San Antonio, Monday, May 18, 2020. Texas Gov. Greg Abbott announced Monday that bars and bowling alleys are on the list of business that can reopen at 25 percent beginning Friday and restaurants can increase to 50 percent capacity as the state continues to go through phases to reopen the state after closing many businesses to battle the spread of the coronavirus. (AP/Eric Gay)

A Catholic church in Houston has closed its doors after five of its leaders tested positive for COVID-19, including two priests who had helped celebrate public masses which had resumed earlier this month.

The closure and positive tests come after a priest from Holy Ghost parish, 79-year-old Donnell Kirchner, died last week. He was diagnosed with pneumonia, but health officials are determining whether he might have contracted the virus before he died May 13.

Kirchner went to an urgent care clinic and later to a hospital emergency room. But after being released, he went back to the home he shared with members of his religious order, the Archdiocese of Galveston-Houston said May 18 in a statement.

Masses at the church had resumed May 2 as part of Gov. Greg Abbott's plan to reopen the state in phases from coronavirus restrictions. Sunday masses had never exceeded 179 people, or about 20% of the church's seating capacity, the diocese said.

Members of Kirchner's religious order are asymptomatic but are being quarantined. The diocese encouraged anyone who attended masses at Holy Ghost to get tested as a precaution.

Texas reported more than 1,200 new COVID-19 cases reported May 19 as the total cases reported since the state's first case was reported March 17 neared 50,000 cases. Of those, 22 patients died May 19 of COVID-19-related illnesses to bring the overall death toll to 1,369, the Texas Department of State Health Services reported. The true number is likely higher because many people have not been tested, and studies suggest people can be infected and not feel sick.

For most people, the coronavirus causes mild or moderate symptoms, such as fever and cough that clear up in two to three weeks. For some, especially older adults and people with existing health problems, it can cause more severe illness, including pneumonia, and death.