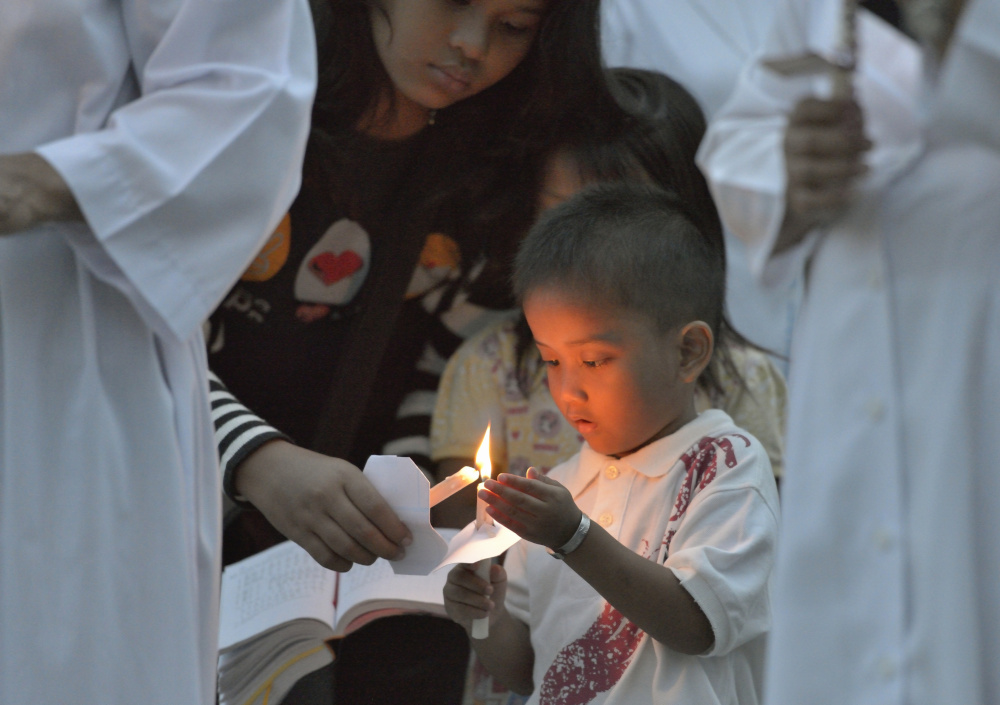 People light candles at the beginning of a 2014 Mass at Sacred Heart Catholic Church in Banda Aceh, Indonesia. The Indonesian bishops will take steps to address claims in a Catholic media report that dozens of people have been abused in Catholic institutions across the country, said a bishops' conference official. (CNS/ Paul Jeffrey)

The Indonesian bishops will take steps to address claims in a Catholic media report that dozens of people have been abused in Catholic institutions across the country, said a bishops' conference official.

Ucanews.org reported that, according to the report, at least 56 people were abused within Catholic institutions in Indonesia. The report appeared in Warta Minggu, a weekly magazine published by Tomang Parish in West Jakarta, Dec. 8.

That number included 21 seminarians and brothers, 20 nuns and 15 laypeople, while the perpetrators included 33 priests and 23 nonpriests, he said.

"The information we have is still limited," he said, adding it was sufficient to prompt the church into taking action.

Indonesian bishops are introducing protocols that will be used as guidelines in handling such cases in response to Pope Francis' firm stance on the issue, Kristanto said.

"Some educational institutions already have such protocols, and some dioceses have just started to draft guidelines," he told ucanews.org.

He said all Indonesian dioceses and religious orders must have a mechanism to respond to sexual abuse complaints, and the 56 cases would be followed up.

Franciscan Fr. Peter Aman, a moral theology lecturer at Driyarkara School of Philosophy, said the reported abuse was "clearly a disgrace that was detrimental to the church."

"It needs a serious response from the church so that people and victims believe the church is serious about handling it," he told ucanews.org. "Perpetrators should be at least suspended, and victims and their families must be compensated, in whatever form, for the sake of justice."

Aman called for all abuses to be reported to church authorities. Preventive measures are always better to avoid problems in the future, he said.

"Candidate selection for priests and religious must include psycho-tests related to sexual tendencies so that they can be addressed promptly," he said.

Beka Ulung Hapsara of the National Commission on Human Rights said the body had not yet received any complaints related to sexual abuse in the church. If victims want to file a complaint, the commission would certainly follow it up and ensure the rights of victims are protected, he said.