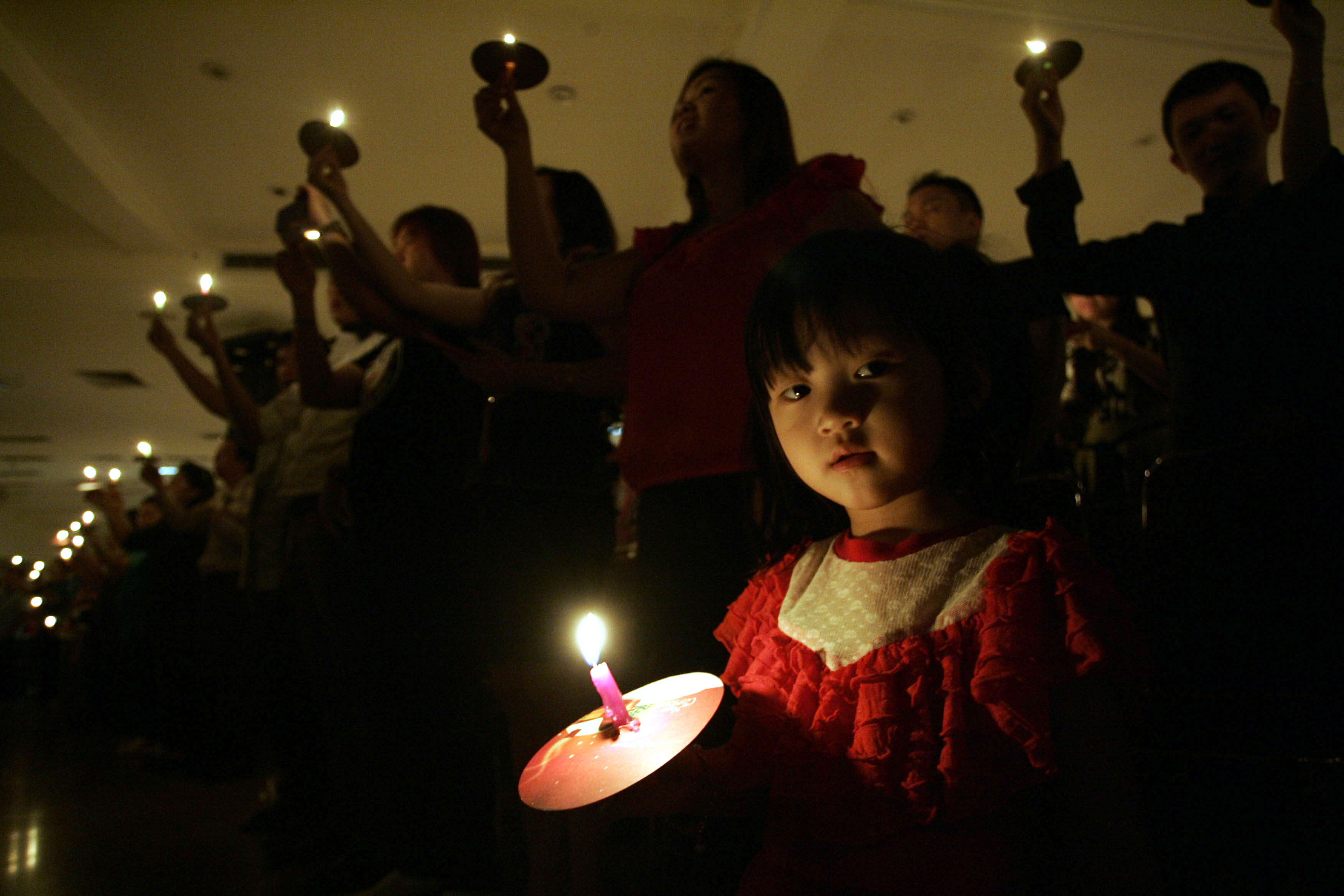 An Indonesian girl holds a candle during Christmas Eve Mass in 2013 at a church in Surabaya. This year nearly 50,000 churches across Indonesia, including some previously attacked by terrorists, are to be guarded during the Christmas period. (CNS/EPA/Fully Handoko)

More than 90,000 police and soldiers and a moderate Muslim youth group will help guard nearly 50,000 churches across Indonesia, including some previously attacked by terrorists, during the Christmas period.

Brig. Gen Dedi Prasetyo, national police spokesman, said Christmas security this year will be focused on churches in 13 provinces, including on the main islands of Java and Sumatra, reported ucanews.com. The deployments would be to "anticipate" possible security threats, Prasetyo added.

Among the churches to be tightly secured is Santa Maria Church in Surabaya, which was attacked by suicide bombers May 13, reported ucanews.com. Our Lady of the Assumption Cathedral Church in Jakarta as well as churches in Sumatra, Java and West Nusa Tenggara provinces also have been attacked.

"We have coordinated with police, military, and Islamic groups to maintain the security, so that Catholics can attend Christmas Masses comfortably and safely," he told ucanews.com Dec. 17.

In order to simplify police work, Catholics have been asked to not bring bags when they attend Christmas Masses.

"We hope Catholics will not be afraid to attend Christmas Masses at the church," he said.

Fr. Antonius Suyadi, chairman of the Jakarta Archdiocese's Ecumenical and Interreligious Affairs Commission, said Christmas celebrations at the cathedral will be guarded by about 300 police and military personnel.

"Besides the cathedral church, police and military forces will also guard other Catholic churches in the archdiocese," said Suyadi.