After clampdown in El Salvador, some worry human rights are in peril 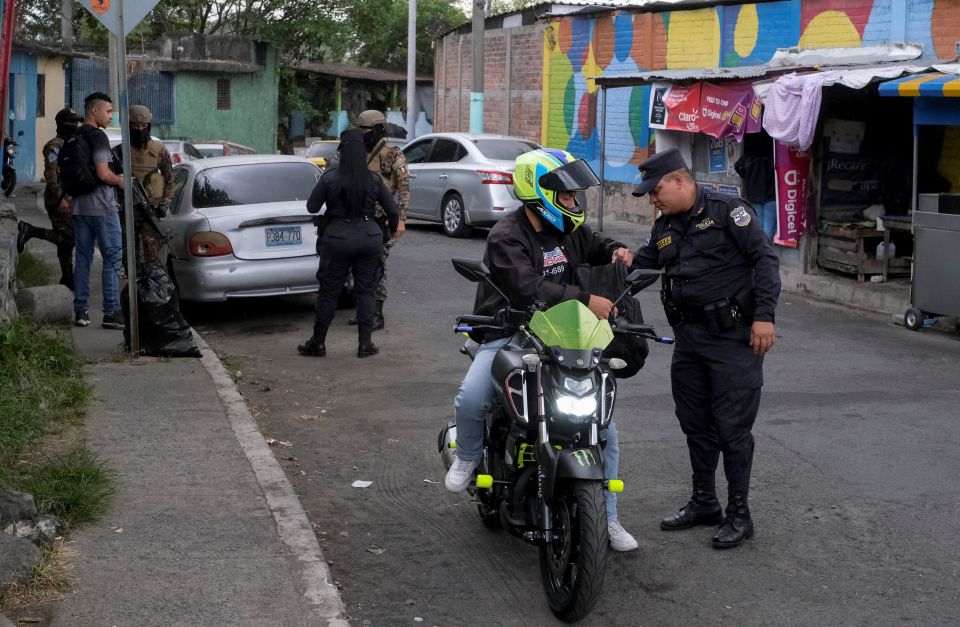 Almost immediately, El Salvador's legislative body voted to declare a "state of exception" for 30 days, limiting the right to assembly and due process, as well as stripping privacy in personal communications, saying it was necessary to combat the violence.

"A broad state of emergency adopted in El Salvador in the name of security suspends a range of basic rights, opening the door to abuse," said the Washington-based Human Rights Watch March 29.

Salvadoran authorities, including national police and soldiers, increased presence around El Salvador, controlling who got in and out of certain neighborhoods, searching houses and personal property at random and detaining anyone suspected of being a gang member.

A photographer from one of the country's national newspapers covering the situation said that on March 29, soldiers asked him to get on his knees, took away his camera and erased photos in the memory card.

The restrictions came after a record number of killings, outside of war time, on March 26, when 62 homicides were registered in the country of more than 6 million.

"The state of exception approved in response to the alarming wave of violence in El Salvador does not adhere to the international human rights standards that the country has committed to uphold," said the Washington Office on Latin America March 28.

More than a thousand people were arrested and the government reported no homicides March 28, a day after the state of exception was adopted.

The website mylawquestions.com defines a state of exception as "a process by which the government allows the rule of law to be dismissed in the name of a specific cause or issue."

In El Salvador, some see it as an excuse by President Nayib Bukele and his Nuevas Ideas (New Ideas) party, which controls the legislative body, to further consolidate power and control political dissenters.

Salvadoran Congressman Johnny Wright Sol of the Nuestro Tiempo (Our Time) party expressed concerns about the lack of transparency in the measures being adopted as well as the increased use of military forces.

"The president is already talking about a war, and this is highly worrisome," Wright told reporters.

National newspapers in the country reported random detentions of young Salvadorans with no proven gang affiliations in some of the poorer neighborhoods in the capital of San Salvador, raising concerns that those with fewer means to defend themselves in court will bear the brunt of the government clampdown.

"You can't assume that all children who live in areas of extreme poverty or who are besieged by (criminal) structures are gang collaborators," Salvadoran human rights lawyer Zaira Navas told reporters March 30.

Others worried that new measures are simply advancing the country's march toward the control of one person.

"When a government violates human rights & uses state-sponsored violence in the name of fighting crime, the end result is authoritarianism!" tweeted Orlando J. Pérez, a professor and scholar on Latin American politics and dean of the school of liberal arts and sciences at the University of North Texas at Dallas.

Late March 30, the Salvadoran legislative assembly, controlled by the political party Bukele founded, passed emergency laws to increase prison sentences for gang leaders or those found to be collaborating with gangs.

Justice | After clampdown in El Salvador, some worry human rights are in peril