Black and brown bodies among us in the body of Christ

by Jocelyn A. Sideco
Justice
Spirituality 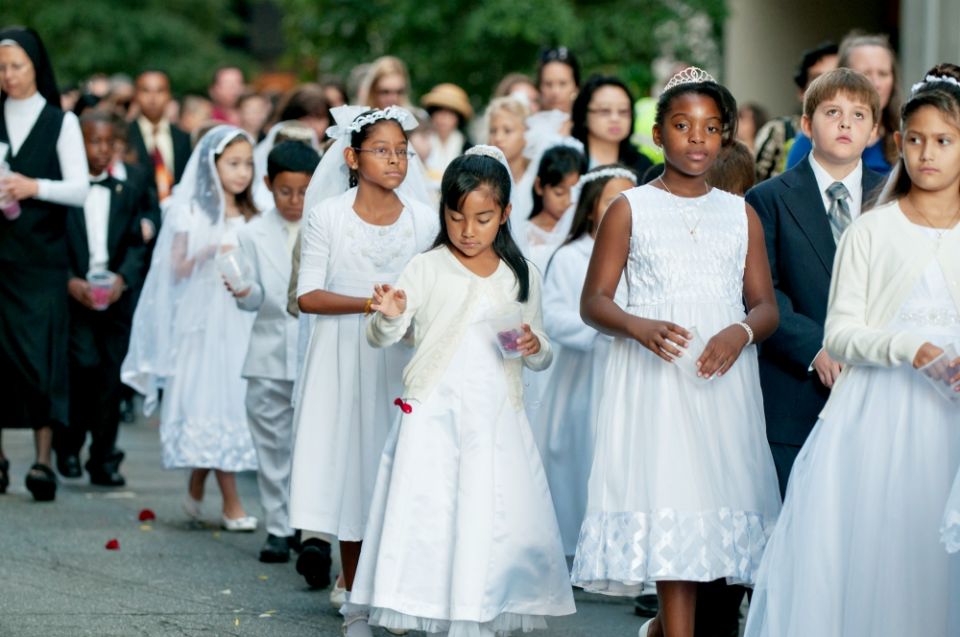 "Therefore, let the Church proclaim to all that the sin of racism defiles the image of God and degrades the sacred dignity of humankind which has been revealed by the mystery of the Incarnation. Let all know that it is a terrible sin that mocks the cross of Christ and ridicules the Incarnation. For the brother and sister of our Brother Jesus Christ are brother and sister to us."

—U.S. Catholic bishops' 1979 pastoral letter on racism, "Brothers and Sisters to Us"

My 7-year-old nephew is going to receive his first holy Communion in the spring. Our family is so Filipino Catholic that he has been preparing for this moment all his life. Whenever there was a moment of downtime and my mother was around, she would gesture, "The body of Christ," raising a piece of cookie, cracker or goldfish to the young boy.

He would raise his palms to receive this gift, say, "Amen!" and quickly consume. As he grew older, she would teach him that bowing from the waist would be an appropriate sign of reverence before receiving.

I picked him up from school the other day, and, to my surprise, he initiated this activity as we both sat around a table pouring over the work we had to do. In the midst of counting currency on his worksheet, he grabbed a seaweed-wrapped rice cracker from our snack bowl and, with the biggest smile plastered across his face, took the reverential posture of a eucharistic minister and extended the truth to me: "The body of Christ."

"Amen. Let it be so," I said as we both smiled, knowing we both received God's invitation to be in greater communion to God and one another.

I think of Jesus' invitation to consider these children when adults find ourselves arguing about who is the greatest. As my nephew and I sat together at Mass singing songs and joining in the community's prayer, I looked around and I wondered who, of all of us, would continue to receive one another as sisters and brothers despite all the separation and division this political reality promotes.

Images of black and brown bodies would come to mind and heart as my nephew and I sang out "Amen" together. While present to his smile, his joy, his kindness and his patience, I was fully aware that I could count on one hand how many black people there were. I was flooded with images of all those others who have not been cherished or celebrated for who they are but rather seen as a threat because of their skin color or body size. Despairingly, I imagined what exactly my nephew and I had to do to be seen in this community. 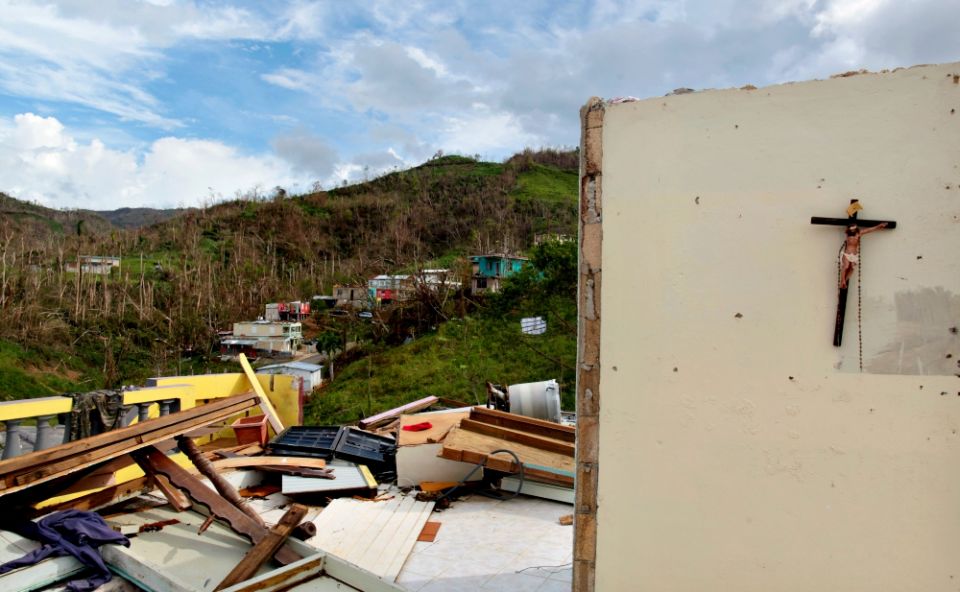 A crucifix hangs on the wall of a destroyed house Oct. 5 in San Lorenzo, Puerto Rico, after Hurricane Maria. (CNS/Reuters/Alvin Baez)

Take a moment to consider how Hurricane Harvey was indiscriminate, but Harris County, Texas, is home to 1.73 million Hispanics, second only to Los Angeles County. Did we see many images of brown people in the news?

Consider how Hurricane Maria pummeled the American territory of Puerto Rico and the aftermath continues to be a humanitarian crisis of colossal proportions. How are our news feed and our prayer colorful?

And the most tragic of late, as our country continues to record murder at the hands of police officers just as painfully as devoted Catholics have chronicled sexual abuse at the hands of priests, consider Magdiel Sanchez, a deaf Latino man killed 15 feet away from two police officers who suspected him of hit and run. Witnesses reported yelling to the approaching armed officers, "He can't hear!"

Have brown and black people been silenced in our churches as much as they are silenced in our media? Have black and brown experiences of faith been muted, unsolicited, hidden in the shadows?

I pray that my American Catholic siblings awake to the existence and complexity of one another.

As Paul writes to the Philippians,

I know how to live in humble circumstances; I know also how to live with abundance. In every circumstance and in all things I have learned the secret of being well fed and of going hungry, of living in abundance and of being in need.

I can do all things in him who strengthens me.

Still, it was kind of you to share in my distress. ...

My God will fully supply whatever you need, in accord with his glorious riches in Christ Jesus.

To our God and Father, glory forever and ever. Amen.

I know how to live in humble circumstances where I am not the center of attention; I know also how to live fully alive and seen and valued; in every circumstance and in all things, I have learned the secret of being seen and feeling invisible, of living in relationship and of being commodified.

I can do all things in G-d who strengthens me.

Still, it was kind of you to share my distress.

My God will fully supply whatever you need, in accord with the lessons you learn when you become a companion of Jesus and of others.

To our G-d and loving parent, glory forever and ever. Amen.

Help me, Lord, to say, believe and work for a true "Amen!" when my neighbor, sibling and nephew say, "The  body of Christ."

[Jocelyn A. Sideco is a retreat leader, spiritual director and innovative minister who specializes in mission-centered ministry. She directs the Community Service and Social Justice office at St. Ignatius College Preparatory in San Francisco. Visit her online ecumenical ministry, In Good Company, at ingoodcompany.net.co or email her at jocelyn@ingoodcompany.net.co.]

Is sipping from the Communion cup a hazard to your health?

Vatican asks bishops to ensure validity of matter for Eucharist