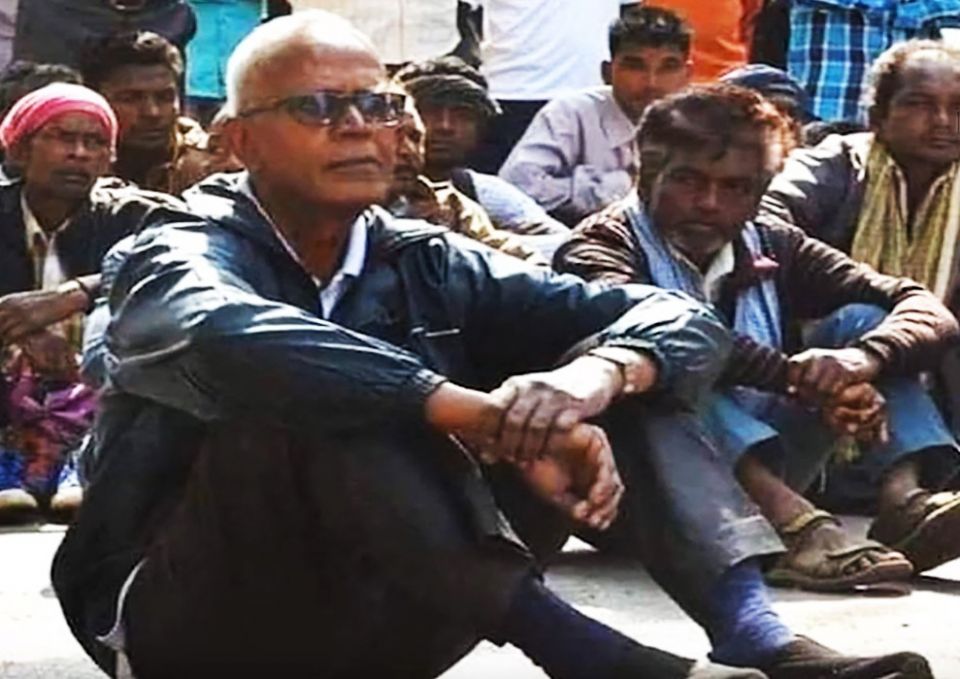 Jesuit Fr. Stan Swamy, pictured in a screenshot from a video, has been incarcerated in an Indian jail since his Oct. 9, 2020. Swamy marked his 100 days in prison with a letter highlighting the cases of poor people languishing in jail who begin their trials without even knowing their criminal charges. (CNS/YouTube)

MUMBAI, INDIA — Indian Jesuit Fr. Stan Swamy marked 100 days in prison with a letter highlighting the cases of poor people languishing in jail who begin their trials without even knowing their criminal charges.

Ucanews.com reported Jan. 25 that in his letter to Jesuit colleagues, the 84-year-old priest also expressed gratitude for the "overwhelming" solidarity of his supporters as he completed 100 days in prison.

Swamy has been detained in Taloja Central Prison in Mumbai since Oct. 9. The human rights activist priest is charged with sedition and having links with outlawed Maoist rebels.

Along with Swamy, 15 other activists were arrested and jailed at different times for their alleged involvement in a violent incident in Bhima Koregaon Jan. 1, 2018. One person died and five were injured in the incident.

As Swamy completed 100 days in jail, rights groups across India organized peaceful candlelight marches, processions and webinars to mark his and other activists' incarceration.

"First of all, I deeply appreciate the overwhelming solidarity expressed by many during these past 100 days behind bars," the priest's letter said.

"At times, news of such solidarity has given me immense strength and courage, especially when the only thing certain in prison is uncertainty. Life here is on a day-to-day basis."

Ucanews.com report that, without speaking much about himself, Swamy's letter referred to the "undertrials" — a term used in India to denote people in custody waiting for their trials to begin.

"Many such poor undertrials don't know what charges have been put on them, have not seen their charge sheet and just remain in prison for years without any legal or other assistance," he wrote.

The undertrials are his strength in prison, the priest said.

Published data shows that at the end of 2019, India had more than 100,000 people in prison who had been waiting for trials for a year or more. 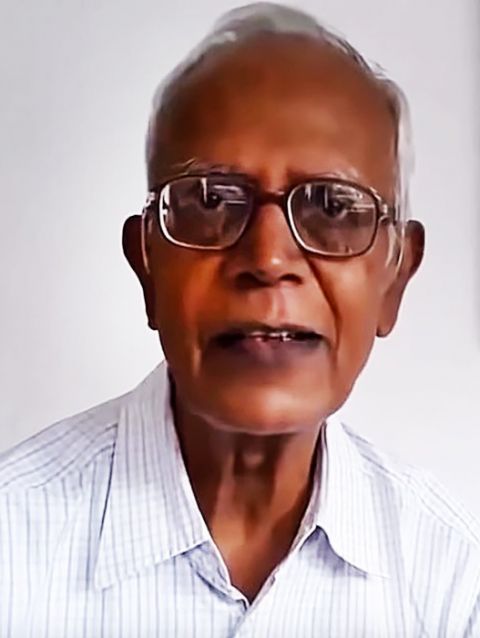 Jesuit Fr. Stan Swamy is pictured in this screenshot from a video he made shortly before an Oct. 8, 2020, arrest. (CNS/YouTube)

"A majority of them come from economically and socially weaker communities," Swamy wrote, alluding to their lack of education and money to seek a lawyer's service.

"Overall, almost all undertrials are compelled to live to a bare minimum, whether rich or poor. This brings in the sense of brotherhood and communitarianism where reaching out to each other is possible even in this adversity.

"On the other hand, we 16 co-accused have not been able to meet each other as we are lodged in different jails or different 'circles' within the same jail. But we will still sing in chorus. A caged bird can still sing."

The ailing Jesuit has also written a couple of letters and poems from jail, narrating his plight and those of others.

"Fr. Swamy is always an inspiration for all of us," Fr. A. Santhanam, a Jesuit lawyer who is closely monitoring the case, told ucanews.com Jan. 24.

"He has taught us how a missionary should be even in the adverse situation he is in."

A special court of the National Investigation Agency, the federal anti-terror agency that jailed the priest, has denied Swamy bail several times. He has Parkinson's disease and other age-related illnesses.

The priest took with him a sipper-cup to drink liquids such as tea, as he had shaking hands because of his disease. Authorities took it away and provided him with a sipper-cup only after a sustained campaign by rights groups and media.

Sipper-cups with Swamy's images and badges with slogans such as "Release all political prisoners" and "Release BK16" were also released as part of the campaign.

Activists are demanding the repeal of the Unlawful Activities Prevention Act, a stringent law under which Swamy was booked.

Santhanam said it was "unfortunate that the priest's just demand for bail is not accepted and he was forced to put up with innumerable struggles in the jail."

The campaign to release Swamy will continue, he said.

Jesus does not give up on anyone, pope tells prisoners

Parole has benefits, but the process needs fixing