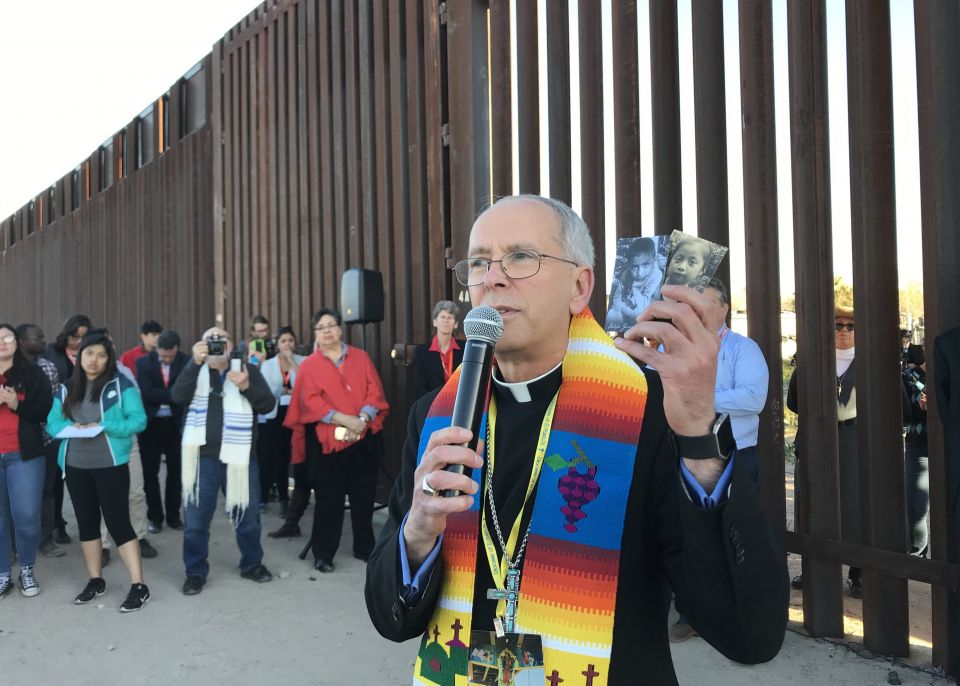 "God's word on how we should treat people forced to migrate is clear: We must welcome and protect," he said in a statement released by the Catholic Legal Immigration Network. "As the bishop of El Paso, I have seen firsthand the impact of disastrous policies of deterrence at the border such as 'Remain in Mexico.'"

"President Biden, as a person who values your Catholic faith and the leader of our country, I implore you to act immediately to end 'Remain in Mexico' and put in place at the border humane policies which uphold the value and dignity of every human being," Bishop Seitz said.

He said the "Remain in Mexico" policy "causes needless suffering for those forced to flee who have come to our doorstep in need of protection. It is time to heal, to restore our commitment to asylum, and in the words of the Holy Father, move 'toward an ever wider we.'"

The bishop was quoting the theme of Pope Francis' message for the 107th World Day of Migrants and Refugees Sept. 26.

"Bless each act of welcome and outreach that draws those in exile into the 'we' of community and of the church, so that our earth may truly become what you yourself created it to be: the common home of all our brothers and sisters," said a prayer, in part, which the pope included in his statement.

Bishop Seitz also criticized the continued enforcement of Title 42, another Trump-era immigration policy the Biden administration has kept in place.

Title 42 is a provision of U.S. health policy enacted during the Trump administration that turns away certain immigrants at the border as part of public health measures to contain the coronavirus.

The Migrant Protection Protocols, or MPP, forces certain asylum-seekers at the U.S.-Mexico border to wait in Mexico for their cases to be adjudicated.

"The policy is deadly," CLINIC said in a news release with Bishop Seitz's statement. "It has resulted in asylum-seekers being extorted, raped, and murdered, and made it impossible for them to access legal assistance and other resources."

Shortly after he was inaugurated Jan. 20, Biden suspended the policy, but the U.S. Supreme Court recently ordered the Biden administration to reinstate the policy. Officials at the U.S. Department of Homeland Security said it would begin to be enforced sometime in November.

"While the administration has taken the stance that the restart of 'Remain in Mexico' is compelled by the courts, legal experts have made clear to the administration that a termination memo can be issued immediately," CLINIC said.

Immigrant advocates recently walked away from an online meeting with Biden administration officials to protest a move that will revive a Trump-era policy blocking people seeking asylum from entering the United States.

During a Zoom meeting Oct. 16, one of the advocates read a statement expressing disappointment with the administration's latest decision and asked those on the call to walk away from the virtual gathering.

It was the latest show of discontent among immigrant groups that once saw Biden as "an ally" on immigration issues.

Politicians should not be cherry-picking from the Bible

A call to resist mass incarceration