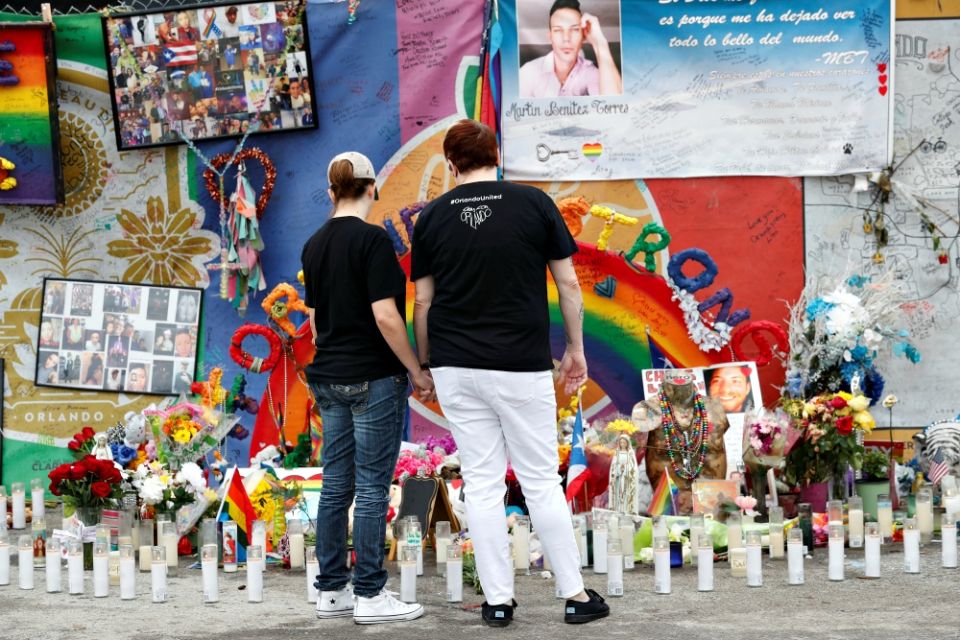 People visit the memorial outside the Pulse nightclub in Orlando, Florida, June 12, 2017, the one-year anniversary of the mass shooting there. (CNS/Reuters/Scott Audette)

Journalists should continue to report on mass shootings, but leave out of their coverage the names and faces of perpetrators, who are often motivated by a search for fame, according to new research by criminologists.

University of Alabama criminal justice professor Adam Lankford makes the case in a recent paper he co-authored, "Don't Name Them, Don't Show Them, but Report Everything Else: A Pragmatic Proposal for Denying Mass Killers the Attention They Seek and Deterring Future Offenders." 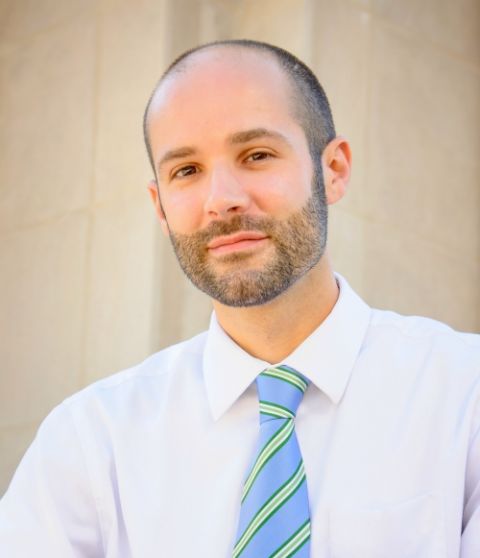 In a December interview with Journalist's Resource, Lankford explains that media coverage of mass shootings has three main consequences:

Many gunmen have "identified previous mass shooters as role models," Lankford said in the interview.

This is not to say that the media ought not to report on mass shootings. Lankford says that the public should be aware of the events, and that "details of the attacker's behavior ... can be important for understanding warning signs."

However, Lankford believes that publishing attackers' names and images does nothing to stop violence in the future.

"If we said 'the 2016 Orlando shooter,' rather than name him, we can still report all the details of that story without any problem," Lankford said. "No one sees the photo of a mass shooter and thinks, 'Aha, now that I have that information, I know how to stop mass shootings.' The photo is purely pandering to the public's lurid curiosity and that's specifically one of the things that the Society of Professional Journalists' media ethics guidelines suggest should not be done."

Although mass shooters often claim ideological motivations, Lankford says that ideology is only one of many factors that cause citizens to become violent killers.

"I wouldn't put too much stake into what the attackers claim their motives are; underneath it all, they often have a lot of similar psychological issues, including, often, mental health problems," Lankford said. "Often they have suicidal motives and also these desires for attention and fame."

He acknowledges that identifying information about the perpetrators will leak out, but they should still be denied sensationalized headlines and endless discussion and analysis.

In the paper, co-authored by University of Washington Tacoma associate professor of criminal justice Eric Madfis, the authors also noted that the media should make an exception "during ongoing searches for escaped suspects."

There is precedent for media withholding certain kinds of information. Lankford points out that most coverage of sexual assault victims withholds the name of the victims, and that the media censors itself in other ways as well, including striking profanities and refusing to allow advertising for harmful products.

Lankford says that he is finding support for his position. In October 2017, he and Madfis produced an open letter to the media, calling on journalists to adopt his proposals. The letter was signed by 149 "scholars, professors, and law enforcement professionals who have collectively studied mass shooters, school shooters, workplace shooters, active shooters, mass murderers, terrorists, and other perpetrators of crime."