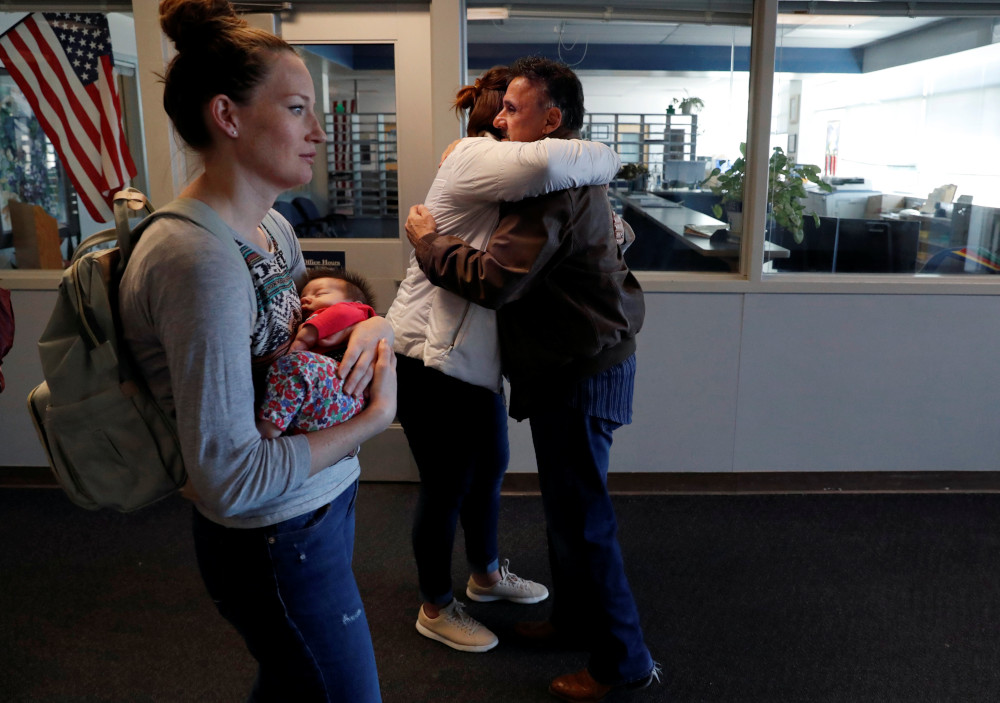 After two students at Columbine High School went on a shooting rampage April 20, 1999, killing 12 students and one teacher and injuring two dozen more, then-principal Frank DeAngelis, a lifelong Catholic, began to question his faith, wondering "how could God possibly let this happen?"

That day, he could have been among those who died, DeAngelis recalled in several interviews with local and national media ahead of a memorial service marking the 20th anniversary of the tragedy at the school in the Denver suburb of Littleton.

DeAngelis said he went into a hallway to help a group of girls who were trying to escape the shooters, and one of the shooters took aim at him – until teacher Dave Sanders distracted the gunman. DeAngelis and the girls were able to get away, but Sanders was shot in the head. He later died in a classroom that another group of students had pulled him into to try to save his life.

When DeAngelis began to question his faith, he said, the words of the pastor at Light of the World Catholic Church in Littleton were a turning point for him.

"Fr. Ken Leone called me down to the parish and said, 'Frank, you should've died that day. But God's got a plan for you,'" DeAngelis recalled. "He said, 'Many times, difficulties are really lessons in disguise. God is going to be with you every step of the way.' I went back to Columbine for 15 more years."

DeAngelis, 64, who retired as principal in 2014, was the final speaker April 20 at a two-hour memorial service.

"Each morning when I wake, the first thing I do is recite the names of my beloved 13," he told the crowd, referring to those who died that day at Columbine. "And then I pray, as I did this morning, 'Help me Lord.'"

"We have mourned their deaths, but we have always celebrated their lives. Their spirit remains strong and (we) draw from that," he said.

"Today is a day of recommitment," he continued. "It has been a long road to travel. But the one thing is I didn't have to travel that road alone."

He thanked those parents whose children died in the shooting "for allowing us to remember" them and "providing us hope for now and the future." He thanked them for their friendship and also told those who were injured and his family and friends: "I love you dearly."

"We have been able to turn pain into healing, ignorance into enlightenment and hatred into love," DeAngelis said. "My hope as we move forward is school violence comes to an end and that our nation is not mourning the loss of more children and educators and that members of our society come together to stop these senseless acts of violence.

"Today we make a recommitment to make the world a more accepting and loving place and a world that provides a bright future for our children and grandchildren, nieces and nephews. ... It's our responsibility to carry the torch for a brighter future, a future that is filled with love for one another."

The memorial service began with the singing of the national anthem and Columbine's own anthem. Speakers included the current principal, Scott Christy; Pastor James Hoxworth, of the Bridge Church at Bear Creek in Lakewood; and parents of the slain students.

Pastor Hoxworth said it was through the "mysterious providence of God (that) we are here on Holy Saturday, an in-between time, between the death of Christ on cross and his resurrection."

"Life is often like this – wrestling with sadness and joy ... tragedy and triumph, despair and hope," he said.

Former President Bill Clinton taped a message for the crowd. About a month after the shooting, he and then-first lady Hillary Clinton met privately at Light of the World Church with family members of the victims of the two gunmen, who were both students and who turned their guns on themselves after their shooting rampage.

"As long as I live your community will hold a very special place in my heart," Clinton said in the message to those at the memorial. "I'll never forget your faces, or the stories you told us about your sons and daughters, brothers and sisters, and friends, and I'll never forget the determination you showed to somehow piece your lives back together."

He added, "In the 20 years since, you've shown America and the world what true community looks like and reminded us all that the power of love and hope are far greater than the forces of darkness, division and hatred."

In 1999, at a citywide prayer service the evening after the shooting, Archbishop Charles Chaput, then head of the Denver Archdiocese, told the thousands who gathered at Civic Center Park in downtown Denver that after the tragedy, it was Columbine students themselves and the families of the students who were killed who "taught me something ... to trust God."

"In the midst of their great suffering, suffering that is beyond my imagination, they had a certain confidence that God would care for them and care for the children they had lost," he said.

In his remarks, Chaput also decried the violence in society and called upon everyone to look first within themselves in seeking to bring about change.

The causes of such violence "are hostility, hatred, racism, despair, indifference and a growing coarsening of our views of the value of human life,'' he said. "We need to change."