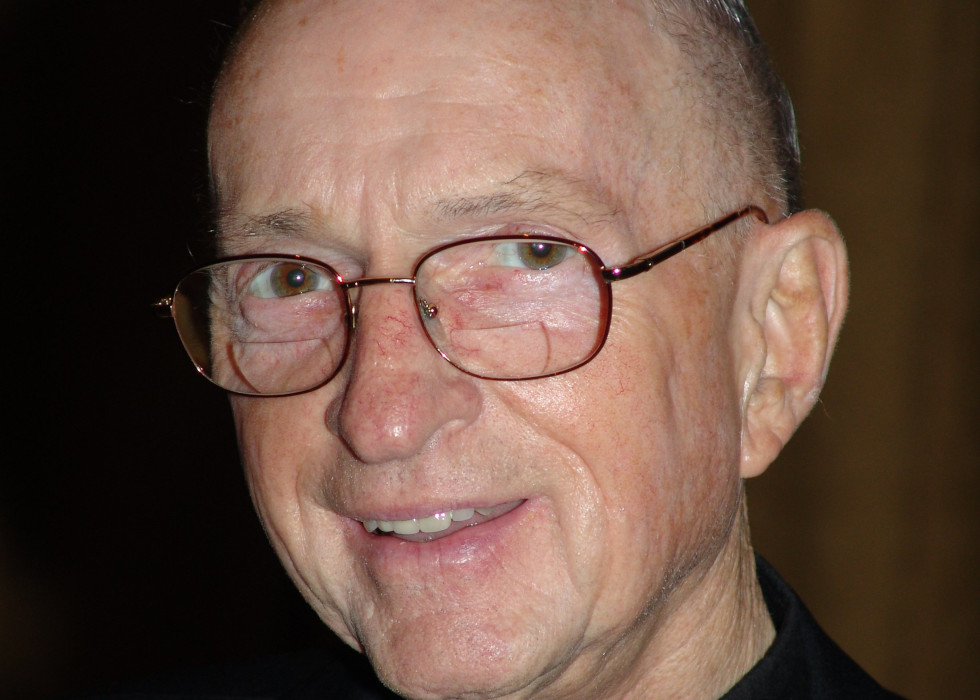 Msgr. Tom Kleissler is pictured in this undated photo. He died Feb. 2, 2021, at St. Catherine Healthcare Center in Caldwell, N.J., at age 89. Over 40 years ago, he launched a parish-renewal program that turned into an international movement. (CNS photo/Courtesy Renew International)

Msgr. Thomas A. Kleissler, who launched a parish-renewal program that turned into an international movement, died Feb. 2 at St. Catherine Healthcare Center in Caldwell, New Jersey. He was 89.

Kleissler, who preferred to be known as Fr. Tom, co-founded Renew International, which has been serving Catholic parishes for over 40 years with processes that help the laity, meeting in small Christian communities, assume roles of leadership and service in the church.

A morning funeral Mass was to be celebrated Feb. 6 at Our Lady of Mercy Church in Park Ridge, New Jersey, followed by visitation. Because of the pandemic, those planning to attend in person were required to register in advance online at urolm.org. The site also planned to carrying a livestream of the funeral.

Visitation was to continue Feb. 8 at St. Elizabeth of Hungary Church in Avon, New Jersey, followed by a second funeral Mass and interment at St. Catharine Cemetery in Sea Girt, New Jersey.

"Fr. Tom's legacy is not about a program or an organization but about a way of renewing faith, building communities of hope and Gospel action, and transforming the church and the world," said Dominican Sister Terry Rickard, president of Renew, which is based in Plainfield.

"It is largely because of his vision and his work that diocesan spiritual renewal, parish small groups, faith-sharing and faith-based action are part of the fabric of Catholic life," she said in a statement.

Born in Newark, New Jersey, to the late Elizabeth (Fagan) and Edwin A. Kleissler, Tom Kleissler attended Seton Hall Prep and Seton Hall University and the Seminary of the Immaculate Conception in Darlington, New Jersey. He was ordained a priest at Sacred Heart Cathedral in Newark May 25, 1957, for the Archdiocese of Newark.

From the beginning of his work as a pastor in the archdiocese, Kleissler promoted lay participation in the life of the church.

In 1976, then-Newark Archbishop Peter L. Gerety asked him to develop the Office of Pastoral Renewal, which encouraged the formation of parish councils, and worked to engage the laity in a deeper relationship with the Lord. Then, together with the late Msgr. Thomas Ivory, Kleissler founded the original Renew process in the archdiocese and was appointed its director.

Under his leadership, the mission grew beyond the original Renew experience, developing "RENEW 2000: Healing the Body of Christ," in response to the sexual-abuse crisis, as well as "Why Catholic?" and many other programs for small Christian communities.

These processes have reached over 160 dioceses in the United States and 140 dioceses in 24 other countries. Kleissler traveled extensively to plant seeds of RENEW’s message of conversion and community in North and South America, Europe, Asia, Africa and Oceania.

"From the beginning, Renew has been dedicated to revitalizing both personal faith and parish life," says a history of the organization posted on its website. "We do this by encouraging and supporting the formation of small groups that gather prayerfully to reflect on and share the word of God, to make better connections between faith and life, and to live their faith more concretely in family, work, and community life."

As two young priests, then-Frs. Kleissler and Ivory dreamed "of Catholic parishes invigorated by an engaged laity," the site says. "Inspired by the themes of the Second Vatican Council," they launched the initiative that grew into Renew, "which has touched the hearts and souls of tens of thousands of people around the world."

The priest is survived by brothers Edwin and Richard; sister-in-law Gertrude Kleissler; brother Robert and sister-in-law Mary Jean Kleissler; and many nieces, nephews, grandnieces and grandnephews.