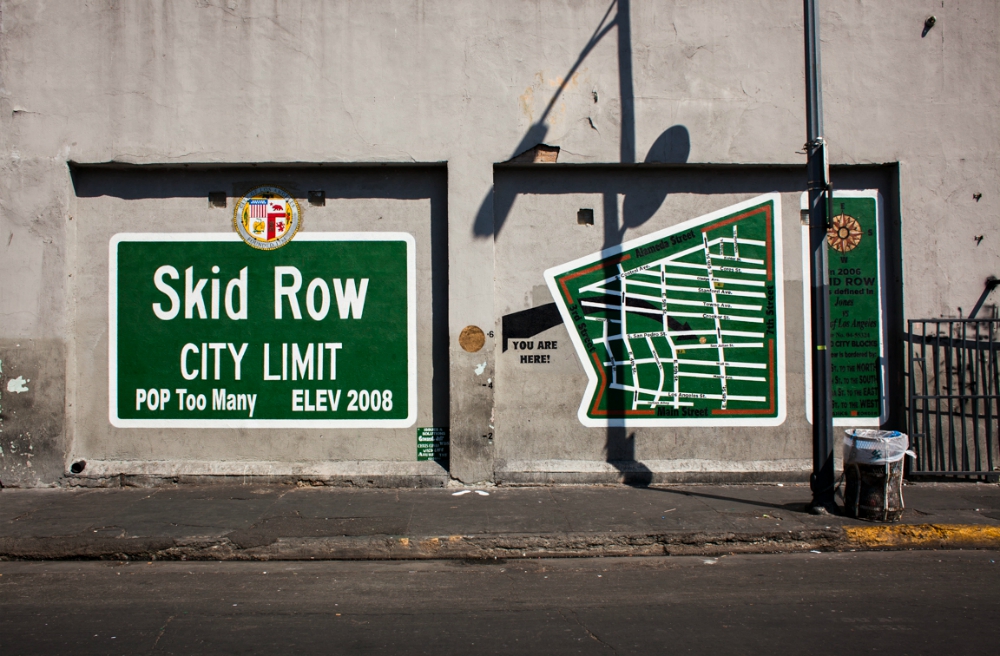 Demonstrators said there are currently only nine toilets available for 1,800 homeless people who sleep on skid row, the Los Angeles Times reported Oct. 25. The activists are requesting 164 toilets and wash stations in the 50-block area, which they said would bring hygiene conditions up to the standards of United Nations Syrian refugee camps.

Los Angeles Catholic Worker Matt Harper read a University of Southern California doctor's statement that toilets are important to stop the spread of Hepatitis A, which struck 14 people in Los Angeles County during an outbreak this fall.

The city plans to open a hygiene center with 14 restrooms later this fall, and the City Council has scheduled a discussion on the issue.

Washington — The Interfaith Immigration Coalition announced in an Oct. 18 press release that it is holding a "Pray with Dreamers Week of Action" Oct. 29-Nov. 4 to advocate for the Dream Act, a bill that would grant legal status to young undocumented immigrants who were brought to the U.S. as children.

Twenty national-level faith leaders, including Social Service Sr. Simone Campbell of Network, Presiding Bishop and Primate Michael Curry of the Episcopal Church, and Rabbi Jonah Dov Pesner of the Religious Action Center of Reform Judaism, have made statements in support of the week of action.

Planned events include a virtual prayer chain on social media using the hashtag #Faith4Dream, a press conference and "prophetic action" by faith leaders on Capitol Hill, and a series of "Dream Sabbath" events around the country that integrate stories of Dreamers into prayers, reflection and study.

The event will culminate with the largest Catholic advocacy day of the year when more than 1,400 students of Jesuit colleges and universities who are participating in the Nov. 4-5 Ignatian Family Teach-In for Justice are to visit their representatives in Congress.

A resident of Colorado's Roaring Fork Valley for the past 16 years, Lopez has been facing removal proceedings since 2010, when she says she was arrested and charged with misdemeanor criminal mischief after one of her children mistakenly dialed 911 and hung up.

The charges were quickly dropped, but Lopez came to the attention of immigration authorities. Lopez has been fighting to remain in the country, but her stay of removal was denied in mid-October.

Lopez, who moved into the church basement with her 2-year-old daughter on Oct. 24, is the fifth immigrant to seek sanctuary in Colorado this year. Immigration authorities consider churches "sensitive" spaces that they do not typically enter.

Meanwhile, St. Andrew Episcopal Church in Mentor, Ohio, is offering sanctuary to a woman facing deportation and her two sons, The News-Herald, based in Willoughby, Ohio, reported Oct. 24.

The woman, Laura, has lived in the U.S. for 15 years; one of her sons was born in the U.S. and the other arrived at age 2. She came to the attention of immigration enforcement after a routine traffic stop, and entered sanctuary Oct. 21.