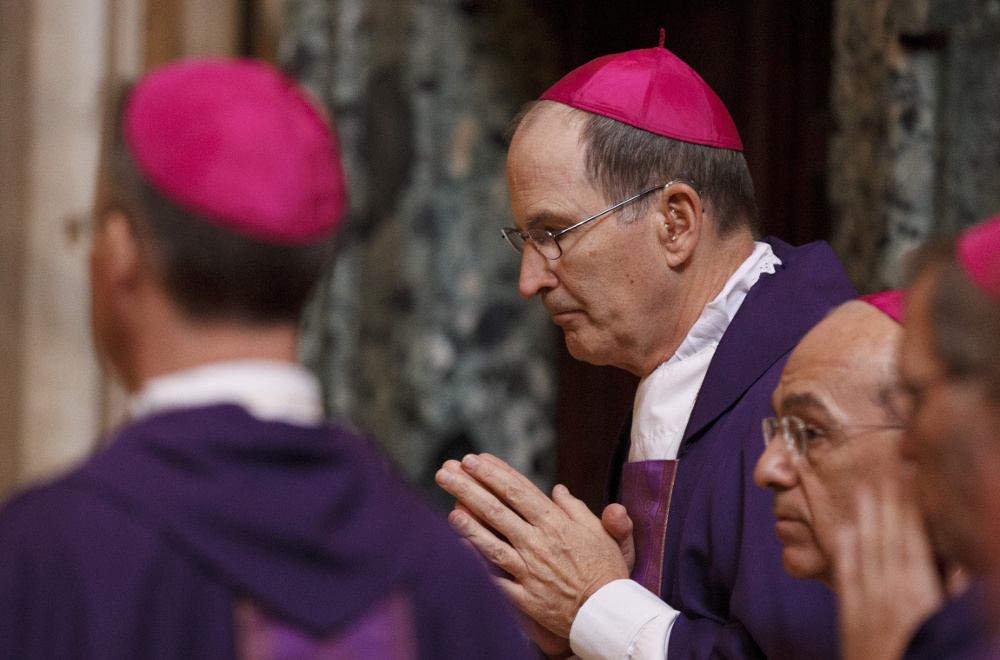 The Diocese of New Ulm has reached a $34 million settlement with 93 survivors of clergy sexual abuse.

In a letter to Catholics of the diocese, Bishop John LeVoir said he believes the settlement "we have reached is a fair one" for abuse survivors and also allows the diocese to continue its ministry to those it serves throughout south and west-central Minnesota.

"(It) represents years of respectful negotiations with those representing victims and survivors in order to come to a fair resolution of claims while continuing essential church ministry," he said June 26. "I believe the settlement agreement we have reached is a fair one."

News reports quoted Jeff Anderson, an attorney for many of the New Ulm claimants, as saying that reaching the settlement was "a big day for survivors."

"Throughout this process, all of the survivors have demonstrated tremendous courage and patience," he said. "They have advanced the child protection movement and made their communities safer for kids."

It also said that approval of the settlement by the U.S. Bankruptcy Court will resolve the diocese's Chapter 11 case.

Now that a settlement has been reached, the diocese in its June 26 news release outlined other steps in the process which it said it hopes will be completed by the end of this year. Those steps include filing "a formal plan of reorganization and a disclosure statement" with the court, which the bankruptcy judge must review and approve, if it "provides adequate information." The plan and disclosure statement then will be sent to the claimants for them to vote on it. Two-thirds of voting claimants must approve the plan, the diocese said.

Once the judge issues an order confirming the plan, a trust will be created consisting of the assets described in the plan. A court-approved trustee for the plan will then make payments to claimants, the diocese said.

"I am deeply grateful to victims and survivors who courageously came forward to raise awareness about clergy sexual abuse and to work to ensure others will not have to suffer the wounds they sustained and the pain they endured," LeVoir said in his letter. "Victims and survivors are owed just compensation for the harm they have suffered by those entrusted with serving them.

"Their coming forward to share their stories and seek justice from the church that failed them took great courage. I again apologize to them on behalf of the church," he added. "I hope that the settlement agreement we have reached together helps victims and survivors on their healing journey."

His letter and the diocesan news release said the New Ulm Diocese "remains committed to preventing sexual abuse, holding accountable those clergy who are credibly accused of abuse and helping victims and survivors find healing."

"The diocese promptly contacts law enforcement to report any allegations it receives regarding sexual misconduct by clergy or others involved in ministry within the geographic area the diocese serves," they said.

The diocese encouraged anyone who has suffered sex abuse to report it to local law enforcement, "regardless of when it occurred." Victims of clergy sex abuse were urged to also call the New Ulm Diocese's victims assistance coordinator — (507) 233-5313 — or visit the coordinator's office in person "for counseling or other assistance in healing."

"I invite victims and survivors of clergy sexual abuse to meet with me if they wish as part of their healing process," LeVoir said.