by Rick LaBrecque
This article appears in the Immigration and the Church feature series. View the full series. 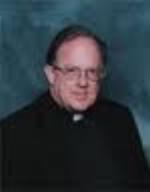 I am a Catholic priest who pastors two churches which have significant Latino populations -- predominantly Mexican, with a significant presence of Central Americans in the larger church and a sprinkling of others. Most Americans assume the Hispanics are illegal, and I have no doubt that many are. I have been serving these communities for 16 years and the following describes something I developed which has proven very beneficial in breaking down barriers and developing understanding.

As I completed several years of pastoring St. James Church in Conway, SC and Resurrection Church in Loris, SC, I found myself agonizing over the mutual suspicion, lack of contact, and false assumptions among the English-speaking and Spanish-speaking parishioners. Both are significant parts of the parish population. I have come to know, appreciate and love both, with their distinctive characteristics, strengths and foibles, and shared Catholic faith.

I became more and more convinced that lack of personal contact, compounded by a language barrier, prevented them from getting to know each other in a direct personal way. I was convinced that a lot of the prejudice, fear and confusion could be dissipated if only a way could be found to bring them together.

With that in mind, I developed what has come to be known as the One Parish Retreat. The concept is very simple. On a Sunday afternoon, a group of 40 to 60 people is brought together. As much as possible, half are from each language group. All ages are represented, though the Hispanics are generally younger. We provide child care to facilitate their participation.

Initially people are paired up across the language barrier, and sent off on an "Emmaus Walk." They are challenged to find a way to communicate enough so that when they come back each will be able to introduce the partner to the others. Despite the challenge, they return smiling and laughing and proud of how they have creatively accomplished their task.

They come back to a dinner waiting for them on tables. Four pairs are seated together, making sure a bilingual person is at each table. As they eat, each introduces his or her partner to the others.

This is followed by a time of prayer together, then private reflection on a few questions based on a text from Matthew. Back at the tables, they share on the questions and then each table reports to all. There is much cheering, encouraging, support all around. The day ends with a little prayer and the song, "Somos el Cuerpo de Cristo -- We are the Body of Christ."

It's a small step towards understanding and acceptance, but it's satisfying to see people begin to greet each other and smile a welcome when their paths cross at church on subsequent Sundays. Someday, I'd love to "take this show on the road" to other similar parishes!