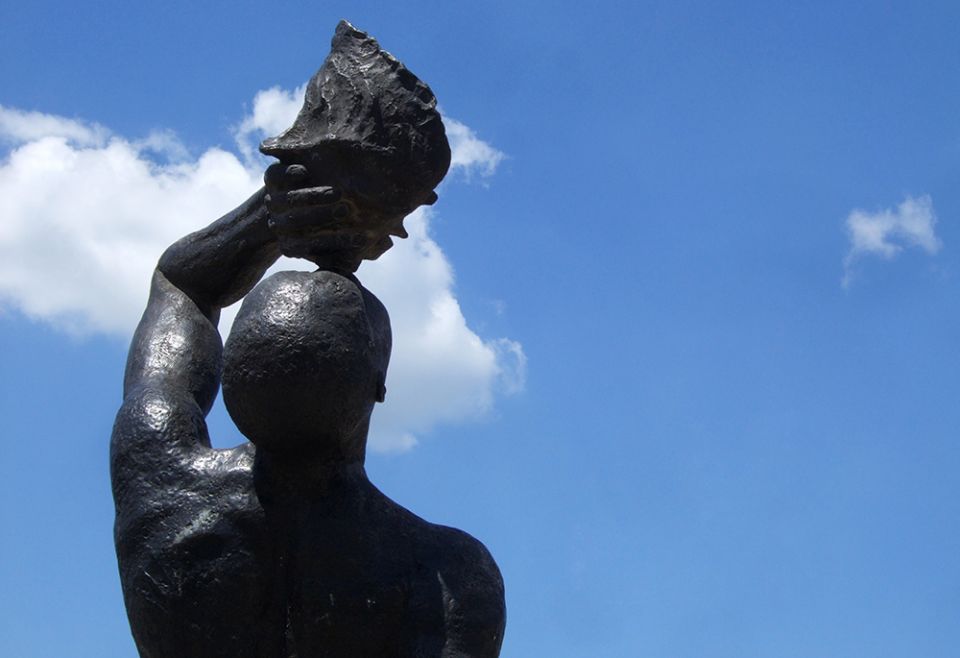 Detail of "Le marron inconnu," a bronze statue of a Black man escaped from slavery and blowing a conch shell trumpet. Created by Haitian architect and sculptor Albert Mangonès, the statue stands across from the National Palace in Port-au-Prince, Haiti. (Flickr/Amy Nelson) 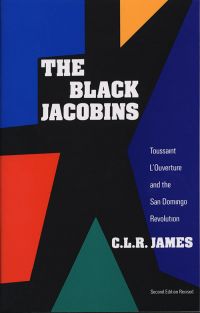 On Aug. 21, 1791, enslaved Africans on the slave colony of St. Domingue revolted against French colonial rule. The revolt, which transformed itself into the Haitian Revolution, began 230 years ago and ended in January 1804. In January 1804, Haiti was established as the first independent republic in the Caribbean and Latin America.

My grandmother Jacqueline Wilson understood the Haitian Revolution as part of her rich heritage as a Black Catholic. Some of the founding members of the Oblate Sisters of Providence, a group of sisters who educated her in high school and that she researched extensively, were part of the Haitian diaspora and carried much of the legacy of Black struggle and spiritual liberation with them into the Catholic Church.

To fully understand the revolution's significance, in particular its relation to the global left in the early 20th century, readers can turn to Trinidadian pan-Africanist Marxist C.L.R. James' magnum opus, The Black Jacobins: Toussaint L'Ouverture and the San Domingo Revolution, first published in 1938.

According to James, the colonist Christopher Columbus landed in 1492 on the island of Ayiti, in what is now the Dominican Republic and Haiti. His arrival, which was done in the name of the Spanish crown and the Catholic faith, introduced generations of genocide and exploitation onto the Taino/Arawak peoples who lived on the island.

The French eventually pushed Spain off the most fertile parts of the island and turned to imported African slave labor to fuel the highly profitable sugar, coffee and indigo plantation economy that had been established under Spanish rule. Enslaved Africans, many of whom carried their own religious practices to the island, including Voodoo, were often forced to convert to Catholicism.

These enslaved Africans, from the moment they were captured to the moment they died or escaped, struggled for liberation against their physical and spiritual enslavement.

In August 1791, under the spiritual guidance of Voodoo leaders Boukman Dutty and Cécile Fatiman, enslaved persons on the island rebelled against the institution of slavery. As the revolt developed, Spain, which sought to take advantage of France's weakness, initially sided with the guerrillas. Toussaint Louverture, initially one of the minor leaders of the revolt, never trusted the Spanish but bided his time and built his own army within the wider mass revolt and waited until events in France shifted.

Eventually, revolutionaries in France (in the midst of its own revolution), in a bid to save their richest colony from the Spanish and a new British invasion, decided to abolish slavery in 1794. When this was done, Louverture allied his forces with the representatives of the revolution in St. Domingue. This combined force, working loosely with the historically strong maroon resistance, defeated the British and the Spanish. By 1800, Louverture was the de facto governor-general of the St. Domingue colony.

The new leader sought to rebuild the shattered island of St. Domingue into a modern Catholic, capitalist colony. 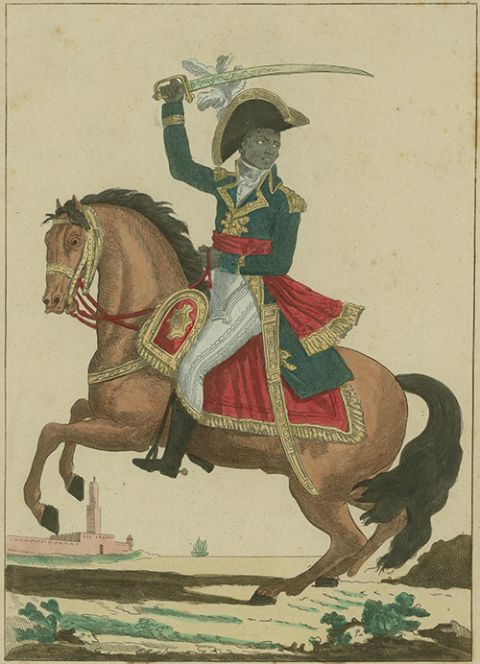 A circa-1800 engraving of Toussaint Louverture, part of a series of portraits of generals of the French Revolution (Wikimedia Commons/John Carter Brown Library)

A devout Catholic, Toussaint surrounded himself with priests who helped him craft a constitution in 1801. In it, he reaffirmed St. Domingue as a colony of France, reinstituted the plantation economy, made Catholicism the state religion and placed former white slave overseers as managers on some of the rebuilt plantations. Moreover, he restricted the movement of African workers so they could not leave the plantations during the week without permission from the overseers.

Despite changes like the outlawing of the whip and introduction of wages for workers, little seemed different from the slave economy to the African masses on the island. This led to a wide-spread internal revolt against Toussaint, which he viciously crushed.

Back in France, Napoleon Bonaparte was consolidating his power by defeating France's continental European enemies and crushing the radical elements of the French Revolution. When these projects were completed, he set his sights on regaining St. Domingue.

Napoleon outfitted a new army and sent his brother-in-law, Charles Leclerc, to reconquer St. Domingue. Leclerc had secret genocidal orders to eventually kill every African over the age of 12, re-enslave the rest, and import new enslaved Africans to bring back slavery and white supremacy.

When Leclerc's forces landed in early 1802, the emancipated masses did not answer Toussaint's call for them to join his army to defend themselves. After a brutal summer campaign, Toussaint and his remaining top generals, Henri Christophe and Jean-Jacques Dessalines, were forced to surrender to the French.

Louverture went into retirement and the other African generals served in the French army, which was part of Napoleon's plan to put down the continued revolts of the maroons and other scattered forces across the island. Louverture was eventually arrested and taken to Europe, where he died of neglect and starvation in a cold mountain prison in 1803.

Back in St. Domingue, the combined effects of maroon uprisings, worker protests and the impact of malaria decimated the French forces. The genocidal intentions of the French eventually became clear through their vicious repression of the Africans who pushed the masses to side with anti-French-rule rebel forces.

In response, Dessalines, who had always planned to rejoin the rebellion, broke from the French and united with the mixed-raced elites of the south and forged a loose alliance with the independent forces.

The new army defeated the French, and the Black revolutionaries renamed the island Ayiti, Africa's first decolonized country, in honor of the Taino/Arawak peoples. 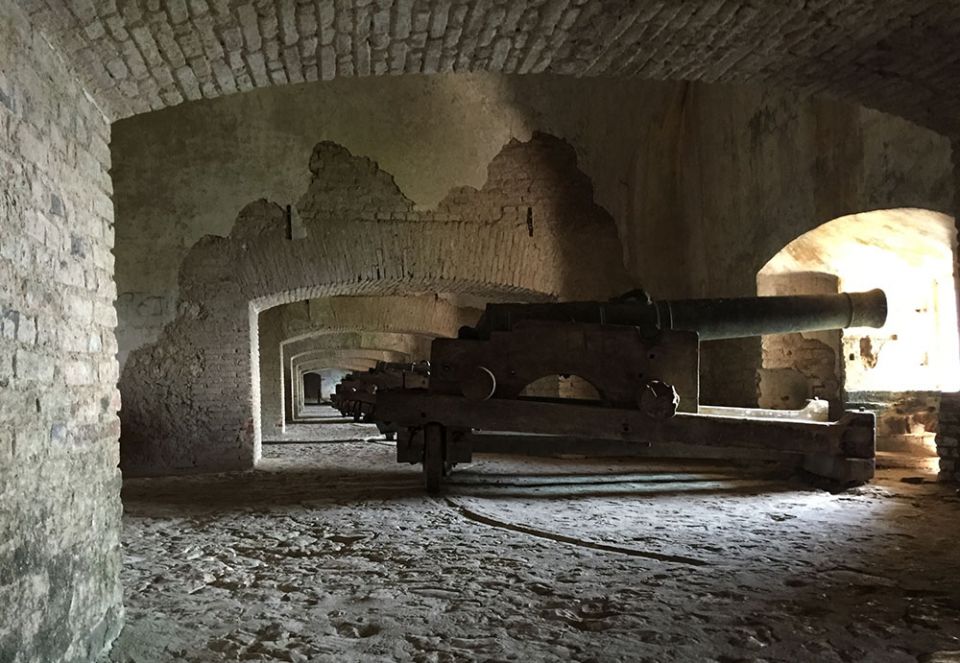 A cannon is seen in the early 19th-century Citadelle Laferrière, also known as Citadelle Henri Christophe, on the northern coast of Haiti. The fortress was built at the top of Bonnet à l'Evêque mountain by a newly independent Haiti as a defense against French invasion. (Wikimedia Commons/Yoni Rubin)

In the new constitution, Haitians were granted religious freedom, whites were banned from owning land or property, slavery was forever outlawed and all Haitian citizens were defined as Black.

After executing the whites who had taken part in the genocide, Dessalines began initial plans for land redistribution. It was a revolutionary moment, but in 1806 Dessalines was assassinated and sanctions were placed on Haiti by countries across the Western world like the United States, England and France. Additionally, France also demanded reparations for property, which included enslaved persons, lost during the war.

For the next two centuries, many Western nations, in alliance with the Haitian elites, have continued to exploit and repress the masses who to this day radiate the spirit and fire of the revolt.

The Haitian Revolution was and is the only uprising in human history led by enslaved persons to successfully revolt against and destroy the unholy trinity of white supremacy, colonialism and slavery. American Catholics must, like my grandmother, allow this history to inform their faith, especially in order to understand the role Catholicism has historically played in the oppression of Black people worldwide.

By learning from this tradition, Catholics can better work toward creating a church free from white supremacist heteropatriarchal capitalism — one willing to grapple and learn from Black radical emancipation, LGBTQIAP+ liberation, revolutionary feminism and socialist transformation.

A version of this story appeared in the Oct 1-14, 2021 print issue under the headline: 230 years later, what can Catholics learn from the Haitian Revolution? . 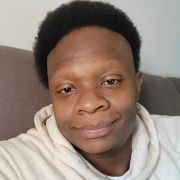 Toivo Asheeke is an activist working toward Black/Latinx freedom in New York City. He is a professor at SUNY Purchase, where he teaches courses on global Black radical history, social/anti-colonial movements, Black Atlantic/slavery studies, and political economy.

Opinion | 230 years later, what can Catholics learn from the Haitian Revolution?

Georgetown University and a legacy of slavery