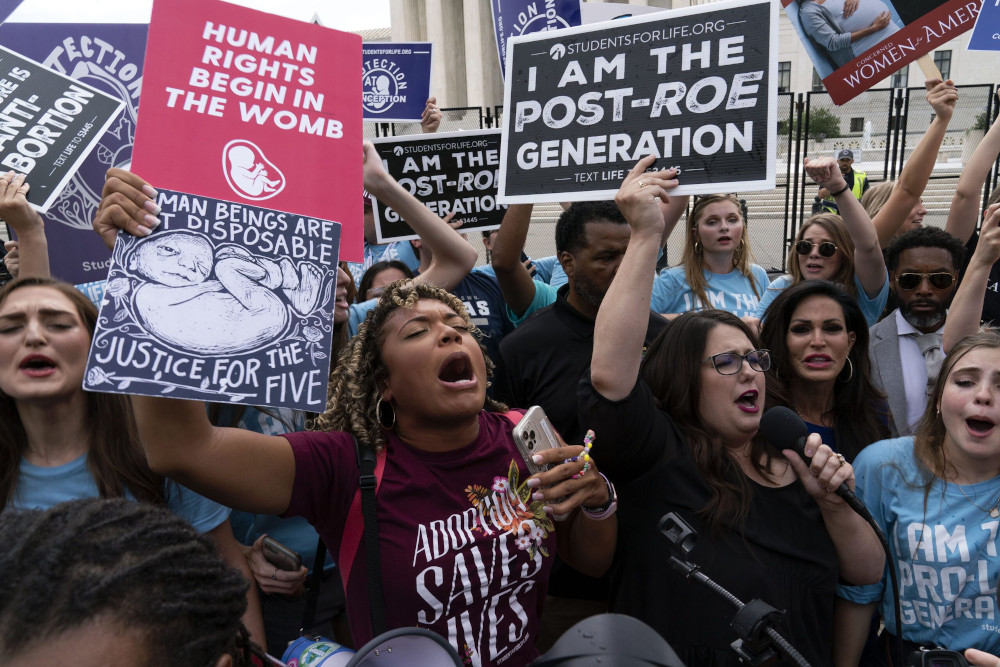 The late Cardinal John O'Connor of New York often said women who had abortions were "invincibly ignorant" — they did not understand what they were doing. He blamed the bishops for not teaching convincingly.

The question of abortion may be decided politically, but the real test is if morality is taught.

The Supreme Court's decision in Dobbs v. Jackson changes our politics. For nearly 50 years, Roe v. Wade allowed abortion across the land. Now it doesn't. For nearly 150 years before that, U.S. states made their own determinations about abortion. Now they do again.

Because the court has ordered that "the authority to regulate abortion is returned to the people and their elected representatives," a pastiche of state laws will kick in, some more restrictive than others.

Ever since the May leak by Politico of the draft decision in Dobbs v. Jackson, pro-abortion groups pressed their positions, for example, suggesting overturning Roe would put in vitro fertilization at risk, even arguing that pregnancy is bad for your health. Both are key to pro-abortion strategy.

Since September 2021, a bill called the "Women's Health Protection Act of 2022" has been sitting in the Senate. The proposed legislation allows all abortions before fetal viability and those "after fetal viability where it is necessary, in the good-faith medical judgment of the treating health care professional, for the preservation of the life or health of the person who is pregnant."

Strongly supported by House Speaker Nancy Pelosi, the law passed the House of Representatives by a narrow (218-211) margin. Three representatives did not vote. When it went to the Senate, the vote to proceed failed 49-51. Sen. Joe Manchin of West Virginia crossed the aisle to vote with the Republicans.

The Catholic Church has always allowed the "life of the mother" exception under the concept of double effect, for example, termination of an ectopic pregnancy or removal of the uterus to treat cancer of the womb.

But the "life or health of the person who is pregnant" presents possibilities for wide interpretation. On the one hand, the sentence protects the practitioner who determines the baby is dead or dying in the womb. On the other hand, it seems to allow for abortions up until the moment of birth where the mother claims a traumatic psychological condition. Or maybe she's not ill, just worried about her health.

The Catholic Church has always allowed the "life of the mother" exception under the concept of double effect, for example, termination of an ectopic pregnancy or removal of the uterus to treat cancer of the womb.

So, what now? The Catholic Communion rail controversy can only increase. A few bishops have banned Pelosi from the sacrament in their dioceses. A few others steadfastly remain silent, about her and, perhaps more importantly, about President Joe Biden.

Biden has said he is not sure when human life begins. Before you send him a biology book, consider that he is perhaps thinking about the Catholic concept of ensoulment — not conception, implantation, quickening or viability. The church prefers to recognize the sanctity of all human life, and there is no argument that every stage is human.

The controversy will not end soon, but if the bishops address "invincible ignorance," there may be fewer Catholic politicians supporting laws allowing abortion. Maybe the bishops can redouble their efforts to teach Gospel values. Maybe they can teach that "respect life" includes Catholic social teaching, which in turn requires just wages and proper working conditions. Maybe they can expand Church efforts to assist the poor.

Politics is not the point. The point is to make abortion unnecessary.