Part 1 of a review of Waldman's 'Sacred Liberty' 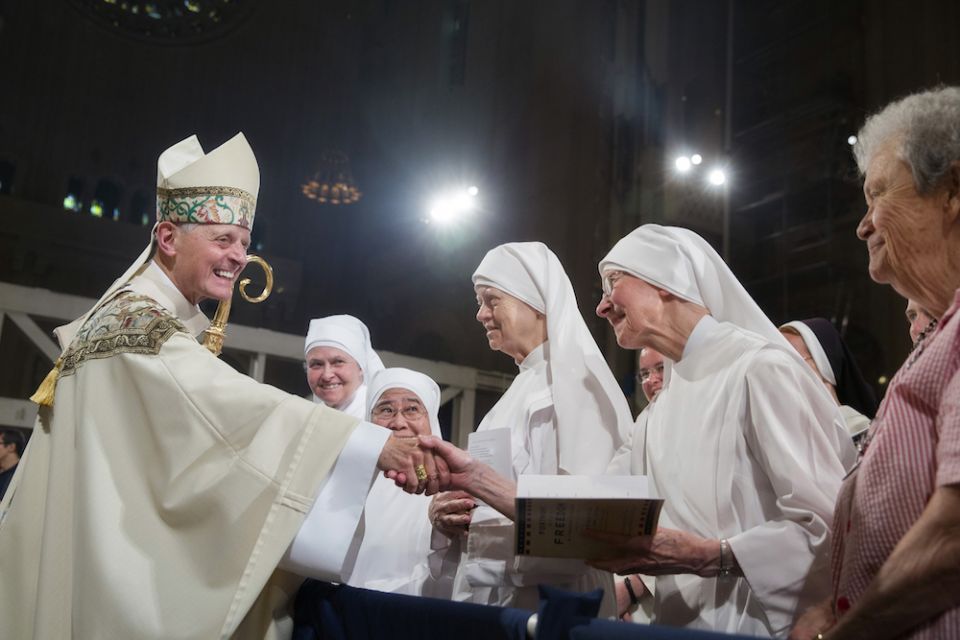 Cardinal Donald Wuerl of Washington greets members of the Little Sisters of the Poor July 4, 2016, after the closing Mass of the Fortnight for Freedom at the Basilica of the National Shrine of the Immaculate Conception in Washington. (CNS/Catholic Standard/Jaclyn Lippelmann) 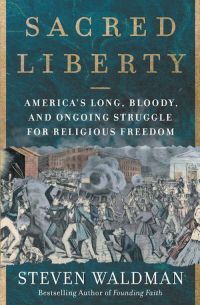 The estuary where church and state intertwine has been largely dominated in the past seven years by concerns about religious liberty. When President Barack Obama's administration added contraception to the list of medicines insurance plans were required to cover, and allowed only a narrow exemption for churches but not for religiously affiliated institutions like colleges or hospitals, the U.S. bishops decided that here was a hill on which they were prepared to fight.

The decision to fight the so-called contraception mandate was a strange one in many regards. Twenty-eight states already had a similar mandate. A late 2000 ruling by the Equal Employment Opportunity Commission ordered all employers who covered prescription drugs in their health insurance plans to also cover contraception, and the incoming administration of President George W. Bush took no action to overturn that rule. But the bishops did not like Obama, the original exemption was terribly narrow, and the bishops cried foul. A subsequent accommodation did not satisfy the religious liberty zealots; court cases continued: Hobby Lobby, a "Christian corporation," won its case at the Supreme Court objecting to the mandate. The bishops announced an annual "Fortnight for Freedom," subsequently shrunk to a week. The Knights of Columbus went all in. Liberals started putting the words religious liberty in scare quotes, and conservatives decided that a sincerely held religious belief should be a kind of trump card to escape federal regulation.

Into this fray comes Steven Waldman, whose book, Sacred Liberty: America's Long, Bloody, and Ongoing Struggle for Religious Freedom, seeks to bring some perspective and sanity back to discussions of religious liberty. And, on the whole, he achieves his aim: Reminding liberals that religious liberty really is a good thing and something to cherish, and reminding conservatives that none of the First Amendment rights are absolute.

Waldman's book is historical and chronological. History is almost always an antidote to hysteria, and it serves that end here. He catalogues the long list of abuses against religious liberty, starting with the 13 colonies. In only Rhode Island and Pennsylvania was religious liberty valued, although other colonies experimented with varying degrees of toleration. That toleration rarely extended to Roman Catholics, most of whom were denied the franchise or worse in colonial America. Waldman's treatment of the role of religion in shaping the attitudes of the Founding Fathers is limited but fair. Unlike many historians, he notes that the founding generation was not nearly as religious as we might assume, citing one estimate that only 17% of Americans were regular church attendees in 1776. In the footnotes, he acknowledges that we must be careful here, as many churches only reported full members, and membership often required more than just showing up on Sunday morning.

James Madison gets an entire chapter of his own, as he should on this subject. He led the opposition in Virginia to a bill providing for public support of teachers of Christianity. Against him stood such luminaries as Patrick Henry, George Washington and John Marshall. Waldman draws on the notes Madison used when speaking against the bill, interspersing the quotes with brief explanations, honing down on the essential argument on those notes: "True question not — Is Rel, neces.? Are Rellis Estabts Neccsy, For Religion? No." As is sadly typical of most historians, Waldman repeats the words of founders and does not seem to recognize the implicit anti-Catholic bias at work, for example, when Madison wrote in his "Memorial and Remonstrance against Religious Assessments" that "During almost fifteen centuries has the legal establishment of Christianity been on trial. What have been its fruits? More or less in all places, pride and indolence in the Clergy, ignorance and servility in the laity, in both, superstition, bigotry and persecution." When you read someone from the founding generation bemoaning "superstition, bigotry and persecution,” he is not talking about Protestant bigotry or Jewish superstition. A thing is almost always defined in part by its opposite in the mind of a person or a people, and the opposite of civil and religious freedom for the founding fathers was autocratic and Catholic rule. 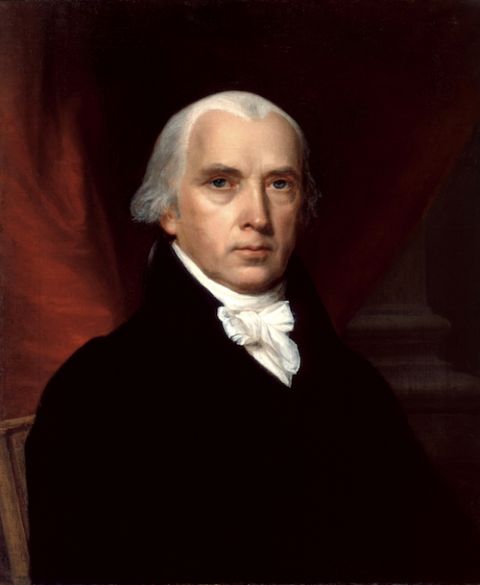 Waldman is an admirer of Madison, so he does not recognize how offensive to Christian theology is the idea that "a multiplicity of sects" is a good thing. Jesus famously prayed that "all may be one." And, in Madison's time, the commitment to ecumenism was more than a century in the future. Nor does Waldman recognize how Madison's a-theological approach was a key step in the secularization of society. The interplay of social and cultural forces that lead to secularism are complex, and Brad S. Gregory's magisterial book, The Unintended Reformation: How a Religious Revolution Secularized Society, is better than any other in delineating those forces. Waldman would have benefited from consulting it.

Waldman regains the reader's favor a few pages on when he writes, "Anytime someone writes, 'The Founding Father believed ...' The rest of the sentence is almost certainly untrue. There was no unitary Founding Fathers position. They had diverse views and motivations." Amen, I say, Amen.

He captures a key and usually overlooked aspect of this era when he focuses on the argument put forward by Sen. Samuel Livermore, who represented New Hampshire in Congress. He robustly supported the First Amendment's religion clauses and wanted language that prevented the federal government from touching religion. This was similar to Madison's desire that the government "take no cognizance of religion." But the two men wanted the same amendment for different reasons. Madison, on principle, wanted all government disentangled from religious affairs. Livermore wanted the federal government kept out of religious affairs so that state governments could continue to maintain establishments if they wished. The Granite State would prevent Jews from holding office until 1876.

Turning to the Second Great Awakening, Waldman again employs language that shows his interest is not religion, but religious influence on politics. "The biggest winners in this new free market of religion were Methodists and Baptists. The number of Methodist churches grew from 65 in 1776 to 13,302 in 1850, while Baptist churches increased from 471 in 1784 to 7,920 in 1848." The employment of market analogies is ancient: Augustine once called Christ a merchant of grace. But, given the emergence of capitalism in the late 18th and early 19th century, a market analogy wears a different aspect. Waldman's thesis, that religious freedom is good for both church and state, sits unevenly with the recognition that while he is documenting the trajectory of religious liberty in American history, he is overlooking the seeds of secularization that were being sown at the same time.

I shall pick up this review on Wednesday.