As speculation mounts surrounding former Vice President Joe Biden's selection of a running mate, it has become clear that the choice is not only a selection of a person, but of an approach to politics and to governance. Just so, the choice will either accelerate the demise of the Democratic Party into a conglomeration of interests or it will prepare the way for the Democrats to reclaim their heritage as the party of liberal governance. Demographics or ideas? That will be Biden's choice.

In The Washington Post, seven black women wrote an article last week telling Biden he needed to select a black woman running mate, promise to appoint a black woman to the Supreme Court and put forward a "comprehensive black agenda." The logic here escapes me. If blacks account for 13.4% of the population, and women are half that number, what is the rationale to the other 93% of the electorate for such a choice? "It's our turn" doesn't convince me. And Latinos are already 18.3% of the population? Why not a Latina?

"Very simply, Vice President Biden: You owe us, you need us and you must not take our votes for granted — they must be earned," the authors write. That kind of real politique would do Henry Kissinger proud. 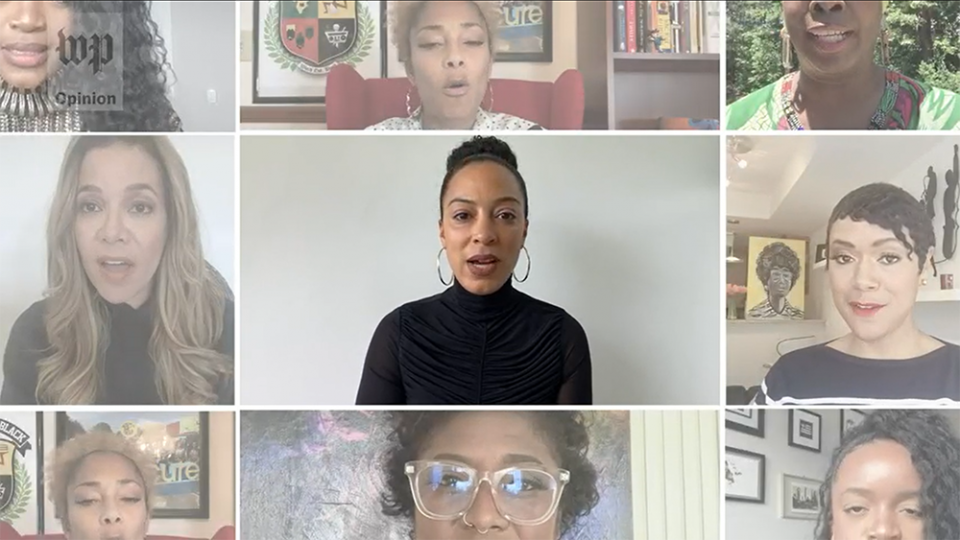 This is identity politics on steroids and it has strayed far from the Rev. Martin Luther King Jr.'s dream that his children would be judged only by the content of their character.

Any Democratic candidate must surely devise policies that rigorously seek to address the ongoing effects of racism, the violence perpetrated against black men, a criminal justice system that too often miscarries where black and Latino citizens are concerned, a lack of economic opportunity, failing inner city schools, etc. On this, I think all Democrats agree.

But it is hard to know what political vision stands behind this claim: "Biden, the presumptive Democratic nominee, does not need help winning white, working-class voters — he serves that function himself."

In order to win, and in order to govern, Biden will most certainly need to win more white, working-class voters than Hillary Clinton did, but why should that goal be at odds with motivating black women? And, it is hard to believe having a black woman on the Supreme Court is the issue that will drive record turnout in minority communities.

Ironically, when they issued such demands, they made it harder for Biden to actually select a black woman as his running mate. Whatever else a presidential candidate must do, he or she must look strong. If Biden were to choose a black woman now, it would look like he was caving into political pressure. If these women had delivered their message privately and Biden chose a black woman, he would have looked visionary. 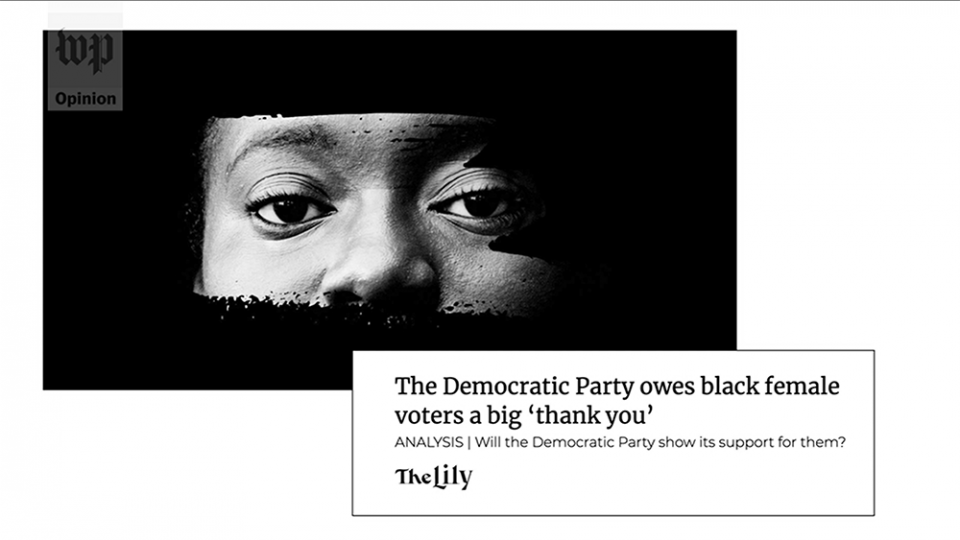 There was a viable black woman candidate for the presidency this year. Sen. Kamala Harris is smart as a whip, has an impressive resume, showed some fundraising ability early on, was not afraid to take on Biden in the first debate and knows how to connect with an audience. Yet she did not make it to the first primary. Why? Because no one could really tell you what she wanted to do with the presidency if she won it. She talked a lot about the value of inclusion, which is an important but not an exhaustive value, and it provided no rationale for her candidacy beyond being a black woman. The voters looked elsewhere. Certainly, her failure to take on Steve Mnuchin when she was attorney general of California and her coziness with Silicon Valley make her an unlikely candidate to help unite the party ideologically. At least as far as Harris was concerned, demographics were not destiny and identity politics did not dominate primary voters' concerns.

The story is not entirely new and it is not entirely limited to racial special interests. Starting in the 1970s, the role and influence of special interest groups within the Democratic Party has become dominant. Starting with the reforms of the presidential nominating process mandated by the McGovern-Fraser Commission — formed to cope with the fallout from the 1968 party convention — the ability of special interest groups developed to raise money and motivate voters in low-turnout primary elections has increased the power of those groups and diminished whatever power the party apparatus has. Only once since then, with the emergence of the "new Democrats" in 1992, did a set of ideas prove the ticket to the Democratic nomination.

N.B. 2008 was different: Barack Obama was a once-in-a-lifetime star whose gifts were sufficient to unite the party around his personality. With weaker nominees, the ability to cobble together special interests may have secured the nomination, but it also put victory in November out of reach.

This did not happen to the Republican Party because their party has been driven by a set of ideas since Ronald Reagan captured the party's nomination in 1980: smaller government, lower taxes, stronger military, anti-abortion. Those ideas may have been wrong, and there were inflections within the party over what each entailed, but they have been the thing that keeps the party united. 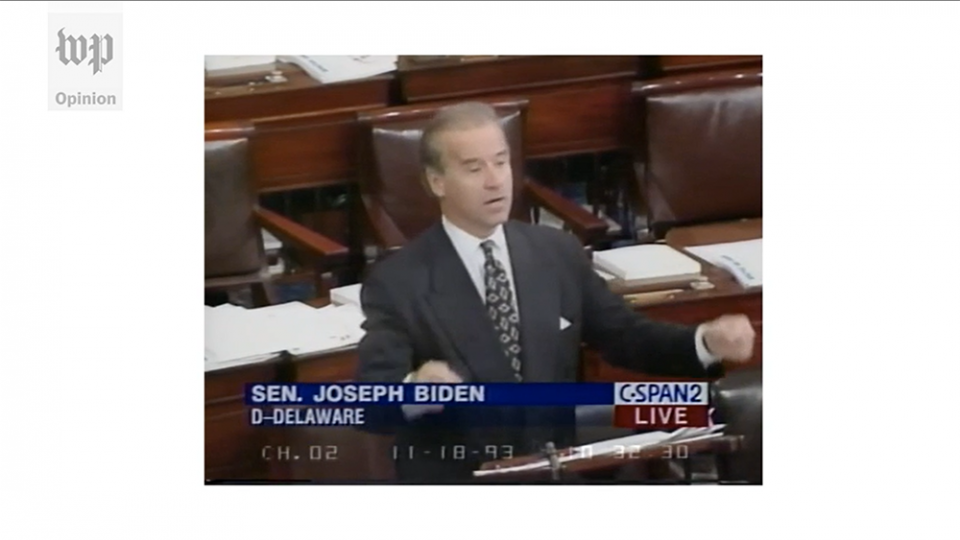 Many of us believed that the Democratic Party must embrace a more populist approach to major issues, challenging solutions and policies that have privileged the wealthy and the well-connected. We believed that for too long the gun manufacturers have prevented common sense gun control and the oil and gas industry has prevented more investment in renewable energy, and the health insurance industry has prevented the adoption of a single payer health care system. And we believed those things before the COVID-19 pandemic made the case for them even more glaring.

Does Biden want to defend employer-based health care now? Even if we did not need the Green New Deal for environmental reasons, we are going to need it now for economic ones: only a massive plan of national investment in green infrastructure will put people back to work. And, maybe, just maybe, our renewed sense of life's preciousness will embolden people to demand an assault weapons ban so that when our kids can finally get back to school, they do not have to fear getting shot there. Each of these planks will require a different kind of politics from the grievance-laced, narrowly focused politics articulated in that Post op-ed clamoring for a black woman as veep. The demands of government created by this pandemic are not demographic, even as the pandemic has demonstrated how many underlying societal problems are worse for those whose skin is not white.

The way to empower black America, then, is with policies that begin to overcome income inequality, that enact a living wage, not a minimum wage, family-friendly policies that provide child care for young moms, debt relief for young graduates and vocational training and opportunities for those who do not matriculate. And, the candidate who has demonstrated a lifetime of concern about those issues happens to be a white woman, Sen. Elizabeth Warren. Unlike Harris, people knew exactly what Warren would do as president, and her campaign only foundered when she herself got bogged down in identity politics.

The Democrats need a narrative. They need a set of policy ideas that will touch people's lives and improve them. They need some of the spirit that undergirded the New Deal and the Great Society, a commitment to activist government trying to solve problems. They need the self-confidence that comes when one realizes that market outcomes are not ordained by God. They need to give the American people — all the people, black folk in Atlanta and white folk in Youngstown and Latino folk in Las Vegas — hope that we, as a nation, can overcome the terrible economic consequences of this pandemic with new ideas and new policies. They need Biden to demonstrate the political judgment that if he wins in November, he will need Warren to govern, so the best way to win in November, is to have her at his side during the campaign.

Column | The choice behind the veep choice: demographics or ideas?