The GOP's stimulus bill is flaccid and immoral 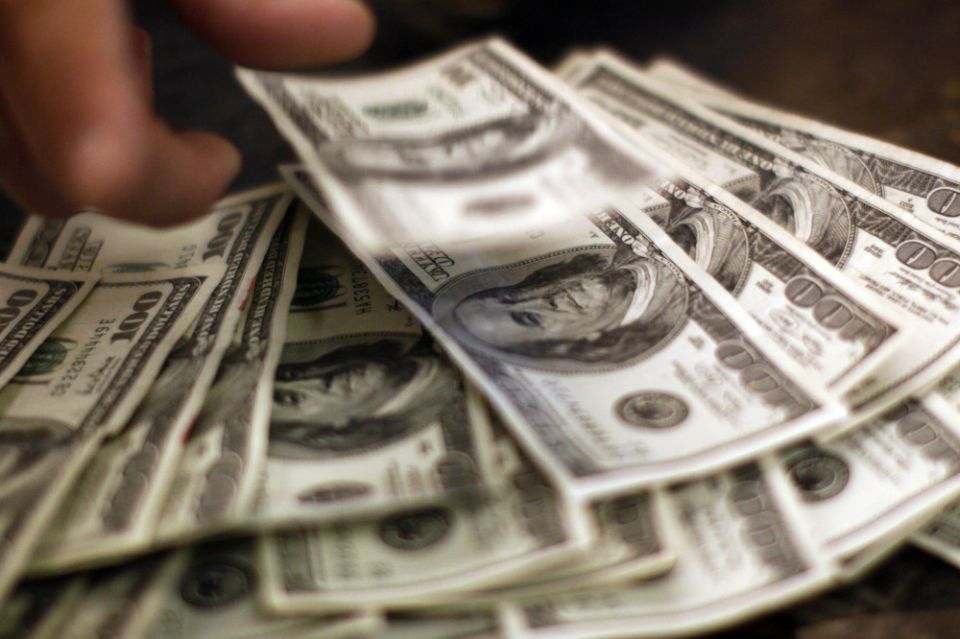 U.S. dollars are seen in this illustration photo. (CNS/Reuters/Rick Wilking)

I wonder how Senate Republicans would spend an extra $29,000 per year? They unfurled their new stimulus proposals and shrank the additional $600 per week being awarded to those who are unemployed because they do not want to create a disincentive to work. Do the math: $600 per week is $2,400 per month is $29,000 a year. The Center for Responsive Politics reports that Senate Majority Leader Mitch McConnell is worth an estimated $34,137,534 so $29,000 is not going to matter much to him one way or the other.

Most people who are not employed right at this moment are unemployed because their jobs have been furloughed or eliminated. In January, the unemployment rate was 3.6% and it had been below 4% most of 2019. Anything below 4% generally means the economy is at full employment because that small a percentage represents people transitioning from one job to another. Astonishingly, the unemployment rate for people with a college degree was 2%.

In June, the rate stood at 11.1%, and that represented a drop of 2.2 percentage points from the previous month. 17.8 million people were unemployed, a drop of 3.2 million from May. Those signs of economic recovery are now threatened because of the failure of the Trump administration to put in place the resources needed to reopen the economy in a safe manner.

And, even if those numbers do not edge up this month, what do Senate Republicans think will happen if almost 18 million people suddenly lose that additional cash? How many will be unable to pay the rent? Landlords who do not collect rent will fall behind on their mortgage payments but who can sell real estate in this market? The dominoes will start to fall.

This shortsightedness is seen as well in the Republican opposition to sending more resources to state and local governments. "For months, I have been fighting to make sure Congress doesn't bail out states for their poor fiscal decisions," said U.S. Sen. Rick Scott, R-Florida. "I have worked aggressively to stop bills that would backfill states' lost revenue or give poorly-run, liberal states like New York and Illinois a blank check to pay for their years of fiscal mismanagement."

One is tempted to defer to the Florida senator's expertise when it comes to cheating the federal government. Before entering politics, he ran a hospital company that committed the largest Medicare fraud in the nation's history at the time. His company was fined $1.7 billion, a figure that has since been surpassed but was a record when it was imposed.

Expert or no, Scott is wrong. It is not difficult to craft a bill that sends money to state and local governments but prohibits the use of such money for certain things like beefing up a pension fund. Legislators do that sort of thing all the time. I hope Scott, who served as Florida's governor for two terms, will think about the consequences for public health if cities have to start laying off workers. Want to make a pandemic worse? Cut back on garbage collection, cut resources for hospitals, make it harder for schools to reopen safely.

Finally, we come to the moral issue that is familiar, or should be, to the Bible-toting Republicans. "Whatever you did for one of these least brothers of mine, you did for me," Jesus said to his disciples (Matthew 25). The Republican Senate had no trouble passing tax cuts in 2017 that lowered the corporate tax rate from 35% to 21%.

Network, the social justice lobby led by Social Service Sr. Simone Campbell, issued a statement denouncing the GOP plan. "The plan agreed to by Senate Republicans and the White House would take money away from unemployed people in the middle of the worst recession since World War II," the statement read. "It would leave Medicaid without needed funding, even though over 70,000 new COVID-19 cases are being diagnosed every day. It would end eviction protections as 23 million Americans report their inability to pay next month's rent. The White House and Senate Republicans are manufacturing a housing crisis, the collapse of Medicaid, and a second Great Depression."

Democrats need to dig in. They should insist that the additional unemployment funds and the desperately needed aid to cities and states affected most by the virus be included in the stimulus bill.

And, if you want to know why some of us are reaching for our pitchforks, last week, Amazon CEO Jeff Bezos saw his wealth increase by $13 billion IN ONE DAY. But, an extra $600 per week for someone who is newly unemployed is too much?

Democrats need to dig in. They should insist that the additional unemployment funds and the desperately needed aid to cities and states affected most by the virus be included in the stimulus bill. There can be compromises about some aspects of the new stimulus bill, but not on these two points.

And former Vice President Joe Biden should run as the candidate of Matthew 25. There are many more "least of these" in America today than there were before the virus: those who have lost their jobs, those in nursing homes who have lost what little contact they had with the outside world, those who are about to get evicted when the moratorium on evictions expires at the end of this month. Let Biden be their champion, and the effort will not only carry him to victory, but achieve the kind of broad-based coalition that will decisively defeat Donald Trump and Trumpism.

Column | The GOP's stimulus bill is flaccid and immoral

The Coalition on Human Needs

Amid economic crisis, Brazilians switch from gas to wood for cooking fuel