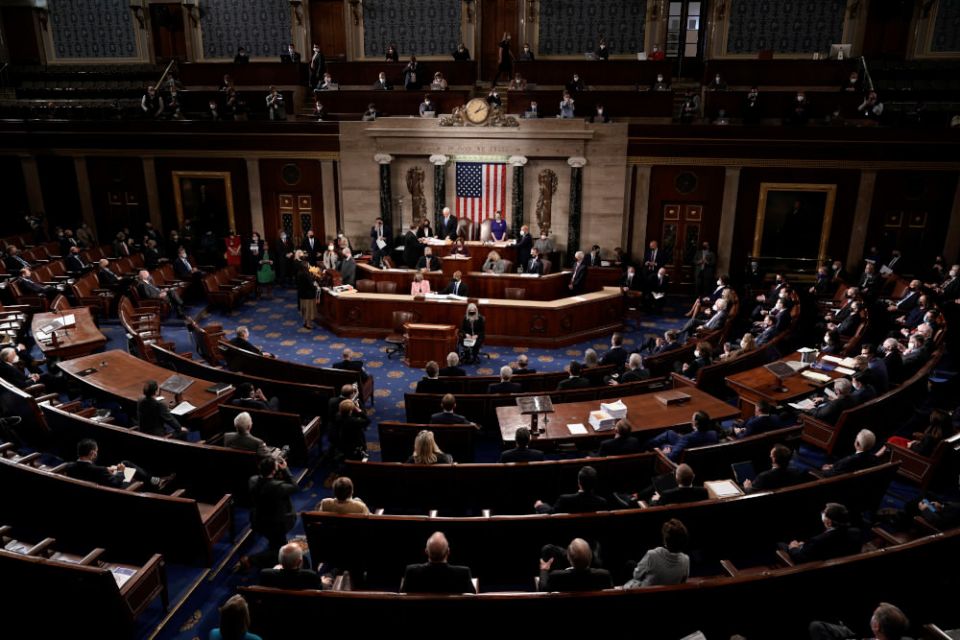 Politico looks at the Georgia Senate results and the fact that Republicans are beginning to turn on President Donald Trump. I thought incoming White House Chief of Staff Ron Klain said it best, in a tweet: "Spitballing here, but it may be that telling voters that you intend to ignore their verdict and overturn their votes from the November election was NOT a great closing argument for @KLoeffler." Now, that is funny.

From Religion News Service, Mark Silk, who was a journalist in Atlanta before he was a professor at Trinity College in Hartford, Connecticut*, on the Black-Jewish history that stands behind the twin Democratic victories in the Senate runoff. Silk's lede is one of the best this year: "Not since Cleavon Little and Gene Wilder teamed up to save Rock Ridge from the bad guys in Mel Brooks' "Blazing Saddles" half a century ago has there been a Black-Jewish buddy story like Raphael Warnock and Jon Ossoff's joint runoff campaign in Georgia." Just splendid.

It is only Day 7 in 2021, but I think we already have a candidate for best headline: Paul Krugman's essay at The New York Times "How the Republican Party Went Feral." Mind you, I think he is insulting wildlife, but his analogy to the boys in "Lord of the Flies" rings true.

In The Washington Post, Republican Rep. Ken Buck of Colorado argues that the GOP's efforts to overturn the election results might undermine the Electoral College. Hmmm. I find it hard to applaud rank hypocrisy and idiocy of a kind the Republicans displayed in trying to challenge the results, but if Buck is right and it helps get rid of the arcane and anti-democratic Electoral College, I am all in.

At the Working-Class Perspectives blog, Sherry Linkon and John Russo of the Kalmanovitz Initiative for Labor and the Working Poor at Georgetown University rightly criticize much of the discussion about working-class voters, which treat the problem as a marketing and communications problem, not a policy problem. They write:

To strengthen the economy going forward, the Biden administration should also develop a broader industrial policy that includes infrastructure projects, a buy American program, improved labor laws, improved training opportunities, and a higher minimum wage. All of this will create jobs and improve economic conditions for working people. It can also help address some social problems. Expanded access to health care, improved early childhood and K-12 education, and support for elder and child care could decrease some of the despair that has played out in high rates of drug addition, family violence, and mental health issues for many in the working class.

They also invoke Michael Sandel's brilliant "tyranny of merit" and note how many commentators speak as if they are morally and intellectually superior to the working class. Really good stuff.

At UnHerd, Alexander Faludy reviews two books about the Habsburgs and their strange knack for survival as well as the work on behalf of refugees by the non-ruling successors of Franz Joseph. While I have never regretted being born in a republic, I would add that the Habsburgs are to be commended for their patronage of the arts and construction of some magnificent buildings. By comparison, the usurping Protestant Hanoverians and the heirs have done little to improve the streetscape of London.

*The college where Mark Silk teaches has been corrected from the earlier version.