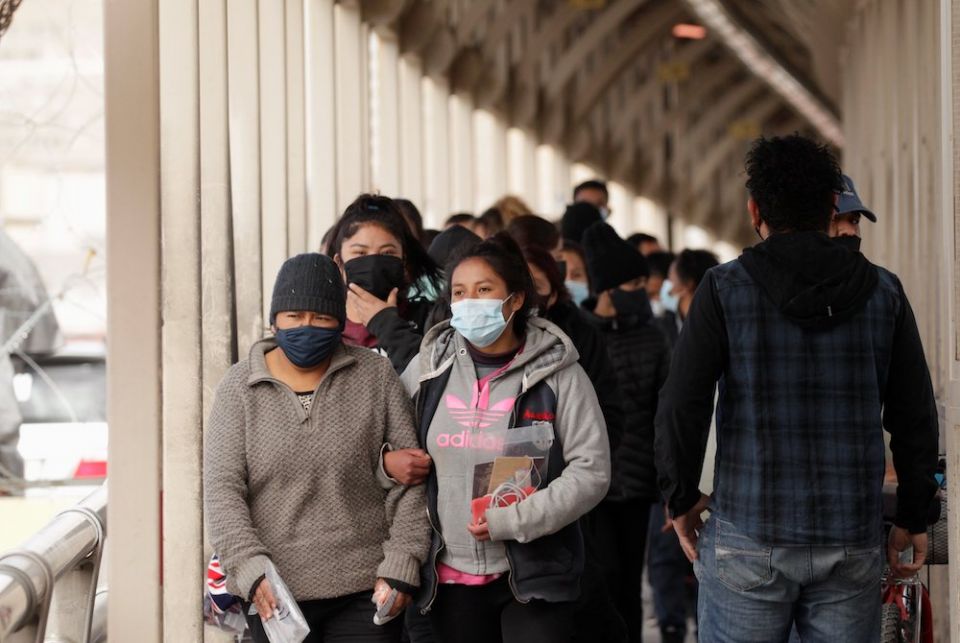 President Joe Biden threw his support behind a comprehensive immigration bill last month. The bill was introduced in both chambers with U.S. Rep. Linda Sánchez (D-CA) and Sen. Robert Menendez (D-NJ) as lead sponsors. It faces enormous political hurdles, but trying to get a comprehensive bill through, rather than pursue piecemeal legislation, is the only way to proceed. What is more, the moral urgency of passing comprehensive immigration reform could scarcely be more obvious.

In 2013, the Senate passed a comprehensive immigration bill with a huge bipartisan majority, 68 to 32. Fourteen Republican senators supported the measure, and it seemed on its way to enactment, a rare example of genuine compromise.

The bill, however, was never brought to the floor of the House for a vote because of the so-called Hastert Rule by which the Speaker of the House, in this case Republican John Boehner, does not allow a vote on an issue unless it has majority support within the party's caucus. The Senate-passed bill had enough Republican support to pass because the Democrats in the House were nearly unanimous in their support for the legislation. But, as Christopher Parker wrote at the Brookings Institution, explaining why the House would not move on the legislation, "It's because House Republicans aren't motivated by true conservatism. Rather, they represent constituencies haunted by anxiety associated with the perception that they're 'losing their country' to immigrants from south of the border."

Donald Trump learned how to identify that anxiety and engineer a hostile takeover of the Republican Party, and then become president, by exploiting it. If anything is obvious about our politics today, it is that Trump still owns the GOP.

If Congress can't pass a comprehensive bill, it must resist the temptation to pass bits and pieces of reform. There may be consensus, say, on allowing the "Dreamers," those undocumented immigrants who were brought to the U.S. as children, a pathway to citizenship, but that consensus needs to be leveraged to obtain morally necessary provisions that are not as universally popular, such as extending a pathway to citizenship for all undocumented immigrants.

The same goes for increased funding for border security, which garners bipartisan support. If Democrats were to agree to new funding to patrol the border, what would they have left to negotiate with when they seek better access to affordable healthcare for undocumented immigrants?

Normally, democracy is well served by a series of compromises, and politics should be the art of the possible. But not on this issue. The moral stakes are too high and the moral repugnance of the opposition too popular to pursue any avenue other than a comprehensive bill.

Regular readers of this column will know that I have repeatedly urged the Biden administration to focus on economic issues and avoid culture war issues. For example, it was a mistake to bring up the Equality Act with its highly problematic restriction of the Religious Freedom Restoration Act, so early in Biden's term. Even if you support passage of the Equality Act, and I do not, you have to acknowledge that discussing the particulars of transgender teen transformations, fraught with emotion and ripe for populist exploitation, takes the focus off the need to pass the COVID-19 rescue package. The last election was close, and Biden won because Trump botched the government's response to COVID-19. The Democrats need to keep their focus on overcoming the pandemic and healing the economic dislocation the virus has caused and avoid culture war foolishness.

Immigration reform is the exception. It is not an issue that affects a sliver of the population. In addition to the 11 million undocumented immigrants in this country, there are the families to which the undocumented belong and the communities in which they live. Cities along the border like El Paso and Brownsville, Texas, and San Diego belong to metro areas that span the national border. Trump's crackdown, even on legal immigration, has caused terrible disruption in the lives of those communities. The politics of the issue may have gotten worse, but the moral cost of failure has been amply demonstrated: families and communities on edge, living in fear, and our national self-image as a nation of immigrants transfigured into a grotesque and hateful nativism. 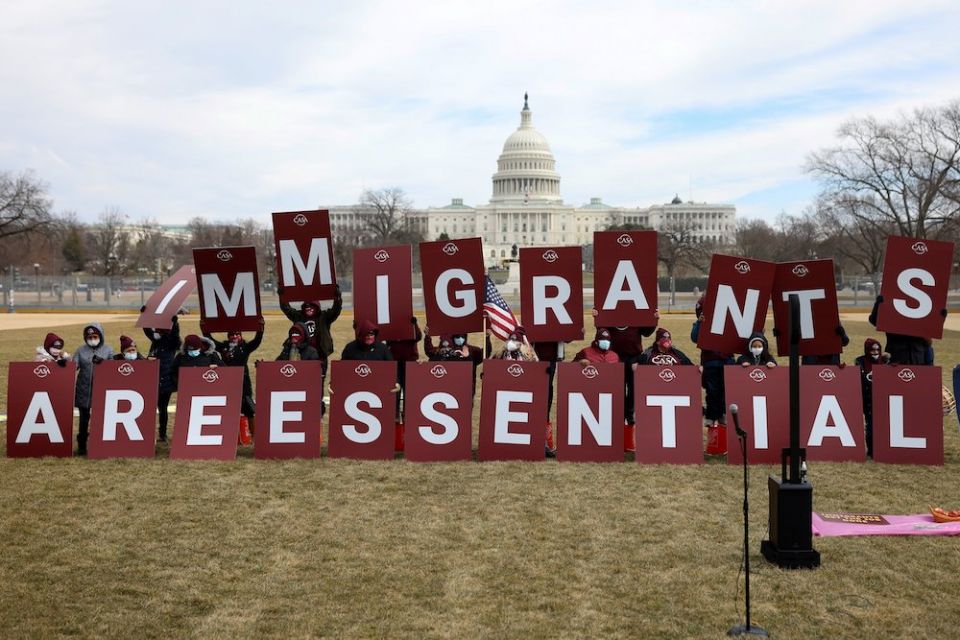 Immigration advocates display a message on the National Mall near the U.S. Capitol in Washington Feb. 17, 2021. (CNS/Reuters/Tom Brenner)

If you listen to GOP opponents of immigration, their arguments are exceedingly weak. The AFL-CIO long ago debunked the theory that undocumented immigrants cause a lowering of wages for native born Americans. Another coarse and common refrain you hear on Fox News and EWTN is: "You can't have a country without borders." It is also false. The opening words of the Polish national anthem, written at a time when that nation had been divided amongst its powerful neighbors, are on point: "Jeszcze Polska nie zginęła, Kiedy my żyjemy," which translates as "Poland has not perished, so long as we Poles live."

Sadly, I do not see enough Republicans budging to overcome the hurdle a filibuster in the Senate would pose. Any Republican would risk the wrath of Trump if they were to support the immigration bill, and so they are unlikely to do so, at least until the date for filing primary challenges has passed. But Democrats should force a vote. Demographics are changing. Not every congressional district will be gerrymandered to guarantee partisan control.

The bishops' conference does not have the juice it once had on this or other issues. They still have not issued a statement welcoming the new legislative push, which is worrisome. But, generally, immigration is an issue that unites the conference. For ecclesial reasons, it is imperative the U.S. bishops stay away from issues that divide them and focus on ones that unite them, regardless of the political angle.

We Americans tend to think that every problem has a solution, but we should know better by now. Nativism is a perennial feature in American culture and it is stronger today than at anytime in my lifetime. It is also evil. Catholic teaching on the innate dignity of every human being completely contradicts the mean-spirited attack on migrants that characterized U.S. policy the past four years, but that is no guarantee we will see any amelioration of their plight from this Congress. Still, we must try, and in trying hope to convert enough hearts that passing a comprehensive bill becomes possible.