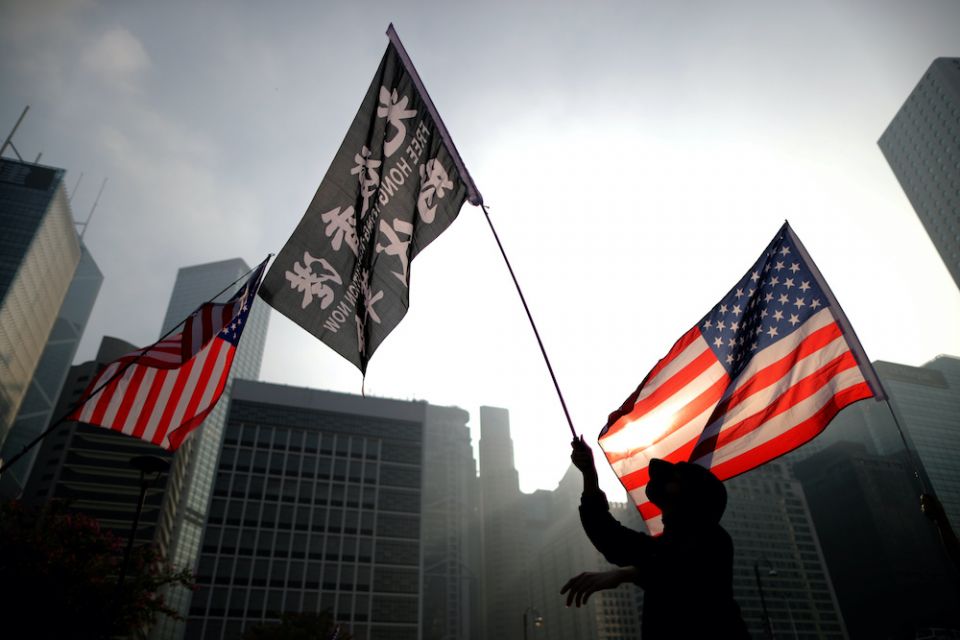 At 3 a.m., on Dec. 10, 1948, the General Assembly of the United Nations, meeting in Paris, enacted the Universal Declaration of Human Rights. The delegates then did something that had never happened before and has not happened since: They rose as one to give a standing ovation to one of their own, the delegate who had shepherded this document across a variety of political and ideological cleavages, Eleanor Roosevelt. Only a handful of countries abstained on the final vote, and there were no votes in the negative.

Today, the very idea of such near unanimity is quaint, a fact that should make us nervous. The cause of human rights is liberalism's principal gift to the human race, and it is a thing to be celebrated. Catholics have a special burden here. For centuries, liberalism's ideas about freedom were crafted and fought for in the face of Catholic opposition. As late as the Second Vatican Council, some Catholic prelates insisted "error has no rights." But, thanks be to God, John Courtney Murray and Yves Congar, the council saw its way to adopting Dignitatis Humanae, in which the church embraced the concept of religious liberty, albeit on grounds different from those proposed by America's founding fathers.

The new report by the State Department's Commission on Unalienable Rights is the latest battleground over human rights. It has provoked a range of utterly typical reactions. In a speech releasing the report, Secretary of State Mike Pompeo managed to ignore the report's complexities and reduce it to Trumpian campaign slogans. On the other hand, the Center for American Progress drafted a statement signed by a who's who of liberal religious leaders expressing "grave concerns" about the report. The New York Times published an opinion article pretending to be a news article by Pranshu Verma that could be used as a prototype for slanted writing in journalism school.

The knee-jerk praise and criticism are a shame because there are interesting, compelling issues in the report, not least its frequent recognition of how often we Americans do not live up to our founding ideals. For example, when discussing Franklin Roosevelt's 1944 State of the Union address, with its articulation of what he termed "a second Bill of Rights" focused on economic rights such as "the right of every family to a decent home," the report states: "Even as FDR was introducing new rights — or drawing out the latent implications of unalienable ones — the United States continued to deprive African Americans of theirs."

The report does seek to clarify some basic philosophic and historical points that might be a tad controversial at the margins but not in essence. For example, it states that:

I think direct experience, especially the experience of injustice and tyranny, should have been added to the list of sources for positive rights: The Universal Declaration of Human Rights proclaimed the right to seek asylum because of the experience of refugees from Nazi tyranny. (Pompeo did not highlight that right in his speech: I wonder why?) It is true, as the report states, that not "all government forbearance or intervention that benefits some or even all citizens is for that reason a right, and not every right that democratic majorities choose to enact is therefore unalienable." But it is also true that the adage — the rich man and the poor alike are free to forage in the dumpster for their dinner — speaks to the fact that formal rights, if not concretized, invite derision and worse.

The document's treatment of property rights may be the most contentious, exhibiting a flawed libertarian sensibility, which is no doubt one reason Pompeo highlighted it in his speech. The report states, "Without the ability to maintain control over one's labor, goods, land, home, and other material possessions, one can neither enjoy individual rights nor can society build a common life. … Not least, the right of private property sustains a sphere generally off limits to government, a sphere in which individuals, their families, and the communities they form can pursue happiness in peace and prosperity."

None of this accords with Catholic social teaching, which acknowledges a right to private property as a condescension to the effects of original sin and insists that all property has a social mortgage upon it. 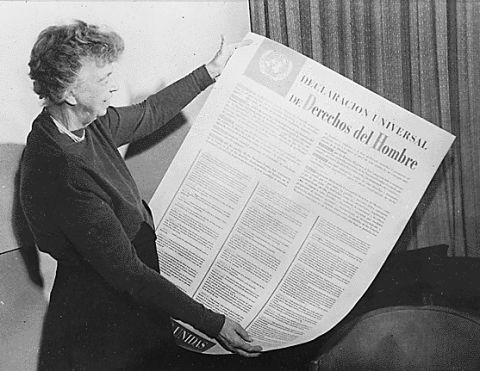 The report does draft one concept from Catholic social teaching, subsidiarity, and it gets it wrong, saying that the principle "has a kinship with the principle of federalism in the American constitutional tradition." Federalism creates competing organs of political power so as to prevent tyranny in any one organ, while subsidiarity is premised on the belief that different levels of social organization should help each other. Subsidiarity grows out of a Catholic vision of social and political life, undisturbed by Hobbesian and Lockean ideas that animated the founders, and the report's attempt to co-opt it is clumsy.

The report deals extensively with the mid-20th century evolution of rights' theory, but most of the attention is on the Universal Declaration of Human Rights. There is no mention of Mrs. Roosevelt's husband Franklin articulating the "four freedoms" he believed were at the heart of the civilizational conflict engulfing the world in 1941. The first two — "freedom of speech" and "freedom of worship" — were already enshrined in the Constitution. But the last two — "freedom from want" and "freedom from fear" — represent what we Catholics would call "a development of doctrine." FDR was expanding the concept of rights beyond formal, political rights to include existential rights, without which the formal rights were mere words on a page.

As noted above, midcentury also witnessed the first efforts by Catholic authorities to integrate liberal ideas about freedom with Catholic social teaching and anthropology. The report's authors would have benefitted from reading Meghan Clark's magnificent book The Vision of Catholic Social Thought: The Virtue of Solidarity and the Praxis of Human Rights, which I reviewed here. All the libertarian excesses that derive from the logic and language of rights' discourse find a check in Catholic social teaching.

Instead of engaging the report and debating its strengths and weaknesses, most commentators will move to their predictable corners. It is difficult not to voice skepticism about Pompeo, whose commitment to human rights has not extended to any kind of confrontation with his Saudi pals, and who belongs to an administration that was dispatching secret police to an American city and arresting citizens with no comment and taking them away in unmarked vehicles. I warned one of the signatories of this report that he would be tarnished forever by any association with Donald Trump's administration. This report suffers from that same association and, perversely, endangers the very rights it claims are endangered because of that association.

It also is difficult not to be skeptical of the advocates of abortion rights who are leading the critics, and doing so preemptively, determined to diminish religious liberty anyway they can, willing to ignore the value of freedom of conscience in order to achieve their political ends. The American Civil Liberties Union has already caved. Such are the times in which we live. Catholics should be wary of the critics of the report, too.

No one, however, should sneer at the idea of unalienable rights, nor fear defending them and helping them to grow. In the long catalogue of human criminality that is history, the emergence of liberal ideas about unalienable rights is one of the bright spots, and there remains plenty of work to be done to secure and promote those rights.