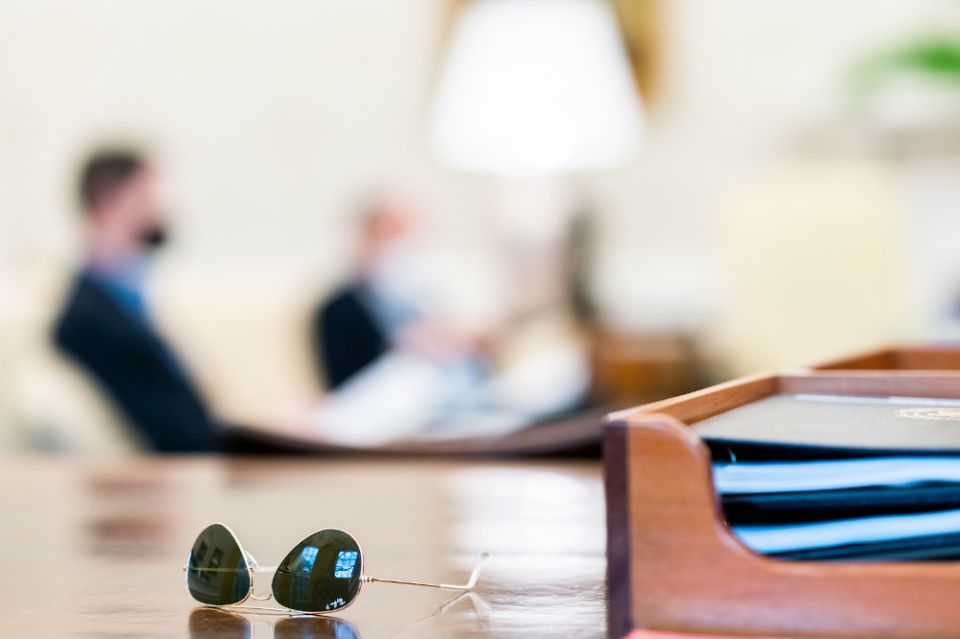 President Biden's sunglasses are seen on the Resolute Desk during an April 11 infrastructure meeting with White House staff in the Oval Office of the White House. (Official White House photo/Cameron Smith)

It is not every day I get to issue a public thank you to Senate Minority Leader Mitch McConnell, but it appears he may be doing for the Democrats what they have been unable to do for themselves: get them to embrace wildly popular economic policies and set aside highly controversial and far less popular social policies. Thank you, Mitch!

Last week, President Joe Biden and a bipartisan delegation of Senators announced an infrastructure deal, and Biden went on to say that his signature on that deal would be linked to an additional, Democrats-only "human infrastructure" bill. Republicans cried "foul" and Biden walked back the veto threat over the weekend.

McConnell, looking to create mischief, challenged the Democratic leaders in Congress to abandon the latter bill. "Unless Leader Schumer and Speaker Pelosi walk-back their threats that they will refuse to send the president a bipartisan infrastructure bill unless they also separately pass trillions of dollars for unrelated tax hikes, wasteful spending, and Green New Deal socialism, then President Biden's walk-back of his veto threat would be a hollow gesture," he thundered.

You can bet that from here until the final vote on the two bills, McConnell and the Republicans will make clear that while they support the first infrastructure bill, with its ample funding for traditional projects like repairing roads and bridges, they do not support the "human infrastructure" proposal that includes both tax hikes on the rich and universal child care. They want to make the Democrats own the second bill.

Yeah! A Harvard CAPS-Harris poll in May showed that two-thirds of voters support raising taxes on those making more than $400,000. Sixty-five percent also support new spending on child care, health care and other social programs.

What is more, popular support for programs like child care will only increase over time. Say the federal government spends $10 billion modernizing an airport near your house. Every time you go to the airport, you will be reminded that your tax dollars are at work improving the facility. You might even know someone in construction who will work on the project. But if you can't afford child care now, or you can't afford adequate care for an elderly parent, and suddenly the government is making such care affordable? You will be reminded every day.

More than two years ago, I called attention to research by political scientist Lee Drutman. Instead of asking voters to self-identify as "liberal" or "conservative" or "moderate," Drutman looked at voters' answers to a range of issues and decided to create sub-categories, classifying voters as either liberal or conservative on both social issues and economic issues. 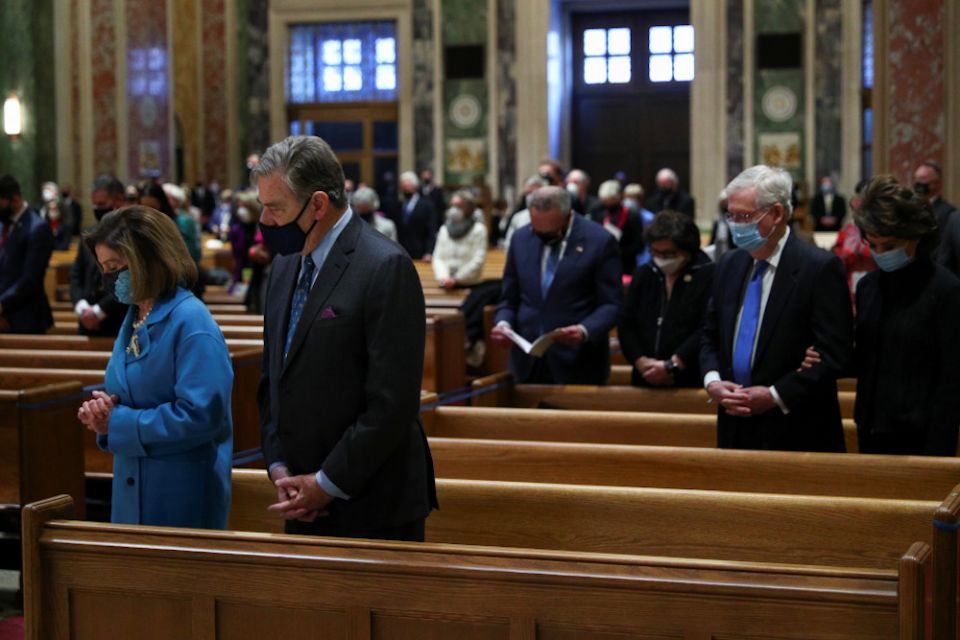 What keeps the Democrats from embracing this obvious path to electoral dominance? Social issues are wildly popular with big donors, on Twitter, with special interest groups in Washington and with the kinds of people — upper middle class, highly educated, not worried about losing their job — who work on congressional staffs and in a new administration and in the media. If you think that is a generalization, consider all the focus on abortion and LGBT issues whenever there is a Supreme Court nominee and the dearth of focus on the Commerce Clause and labor issues.

Economic issues matter most to a lot of people who are not very powerful, blue collar workers and the poor, people left out of the neo-liberal economic success story that has been the dominant socio-cultural reality since the Reagan years. Increasingly, those in the middle class who are anxious about being squeezed out of the middle class also fit in this category too. These are the kind of people who really need help paying for child care and elder care. These are the people likely to have a job that does not have good health insurance. Many of them bought into the faux solidarity promoted by Donald Trump. Enough of them voted for Biden to put him in the White House. The "human infrastructure" bill will improve the lives of working-class Americans enormously, and ease the strain on middle-class Americans too.

As for higher taxes? A few weeks ago, I called attention to the Pro Publica report on the many perfectly legal ways the richest Americans, people likes Jeff Bezos and Warren Buffett, avoid paying any taxes. I continue to think that every Democratic Party ad should start with pictures of Bezos' two yachts, the large one for sailing and the second yacht to serve as a helipad for the first yacht. (You can't make this stuff up!)

So, thank you Mitch McConnell. By making sure all Americans know that you and your party will have nothing to do with higher taxes on the rich or with putting money into "human infrastructure," you will move the Democrats into position to put less emphasis on the culture war issues and more attention on the kitchen table issues, opening the path to becoming the majority party again. Keep it up!

Tax the rich: It's the right thing to do and it's popular