Will Trump be reinstated? Dems should make GOP own it 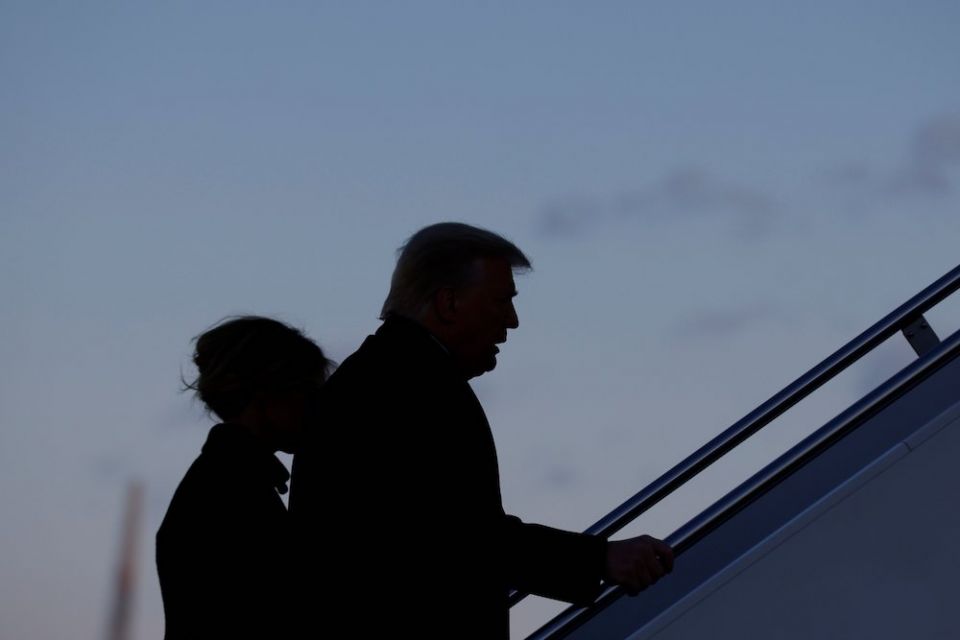 Pope Emeritus Benedict XVI announced yesterday that he would be reinstated as pope sometime in August. The former pontiff did not explain what provision of canon law permitted such a resumption of office, nor what the move would mean for the incumbent pontiff, Pope Francis. Nonetheless, partisans of the Bavarian pontiff, many of whom experience ad orientem attraction, announced they were excited at the prospect.

In a similar development, the Boston Red Sox announced they would be claiming the World Series trophy in August. Last year’s series was won by the Los Angeles Dodgers, who defeated the Tampa Bay Rays in six games and took home the Commissioner’s Trophy. The Red Sox did not figure at all in the playoffs that followed the COVID-19-shortened 2020 season but they did win in 2018, defeating the Dodgers in five games.

Speaking of Los Angeles, actress Carey Mulligan announced that she would be claiming the Oscar for best actress in a leading role. Mulligan starred in the movie "Promising Young Woman" and was nominated for the Oscar earlier this year, but the award was given to Frances McDormand for her performance in "Nomadland." The Academy of Motion Picture Arts and Sciences, which sponsors the Oscars, said it did not have extra golden statuettes but Mulligan was insistent. "Damn it, I will have my Oscar, come what may. It is impossible to deny it to me, and my deadline is August."

Of course, none of those things are going to happen.

Yet, Donald Trump is reportedly telling his intimates that he expects to be reinstated as president in August. He is fixated on the idea that recounts of ballots will somehow prove the election was stolen.

The former president’s most stalwart fans, such as attorney Sidney Powell, have seconded the idea, saying, "it should be that he can simply be reinstated, that a new Inauguration Day is set." Powell, you will recall, is facing a defamation suit for her part in spreading the big lie about the 2020 election, specifically her allegation that Dominion Voting Systems was linked to the socialist government in Venezuela and, under their influence, was tampering with voting machines.

This is way, way beyond ridiculous but, sadly, it is not a laughing matter. Everyone is familiar with the efforts of several GOP-controlled state legislatures adopting new restrictions that make it harder to vote, most recently in Texas where a walk-out by Democratic legislators delayed passage of the bill. Those restrictions are onerous and they are premised on the lie that there was widespread voter fraud that must be stamped out. They are morally offensive because they are so obviously targeted at racial and ethnic minority voters, but they can be overcome with tenacity and effort. It is the unwillingness of GOP state legislators and governors to stand up to the myth that the restrictions are related to fraud that threatens democracy.

If they won’t stand up to Trump and the mob now, why do we think they will stand up to him in 2024 if he insists they overturn an election result he does not like?

Even more potentially damaging to democracy than going along with these restrictions are legal changes that make it more likely a GOP-controlled board or official could toss out election results. In Georgia, the new voting law gives the state’s Election Board the power to replace a duly elected county board of elections with a single individual. In Arizona, home to the bonkers recount conducted by conspiracy theorists, a GOP state legislator proposed a law that would give the state legislature the authority to overturn the state’s results in a presidential election and award Arizona’s electoral votes to a different candidate.

Again, what is dangerous is not just that there are nutty ideas being proposed in state legislatures. What is truly frightening is that so many Republicans are failing to stand up and say, "No. That is not how we conduct elections here in America." If they won’t stand up to Trump and the mob now, why do we think they will stand up to him in 2024 if he insists they overturn an election result he does not like?

If leading Republicans like Senate Minority Leader Mitch McConnell and House Minority Leader Kevin McCarthy are not going to stand up to this craziness, then the Democrats need to make sure the entire Republican Party own the craziness. At every town hall held by a Republican member of Congress, someone should ask if they think Trump should be reinstated. At every debate, the issue should be raised. This is not only in the Democrats’ electoral interest, it is essential to focus the electorate’s attention on the fact that the Republican Party is either actively undermining our democracy or complicit in that undermining.

Perhaps Trump has become genuinely deranged, in which case he is an object of sympathy, to be sure. If he is fighting mental illness, I hope he gets help. I suspect, however, from everything I have read and seen about this man, that his latest efforts are simply a new iteration of a particular evil that has characterized his life: He likes to get away with things. We know from the "Access Hollywood" tapes how proud he was of what he had been able to get away with in his hideous treatment of women. We know that, as a businessman, he was unafraid to cheat contractors and workers. His infamous Trump University scheme had to pay out $25 million to students the schools had duped.

Now he wants to see what kind of fraud he can perpetrate on American democracy. Shame on us if we let him get away with it.

Column | Will Trump be reinstated? Dems should make GOP own it