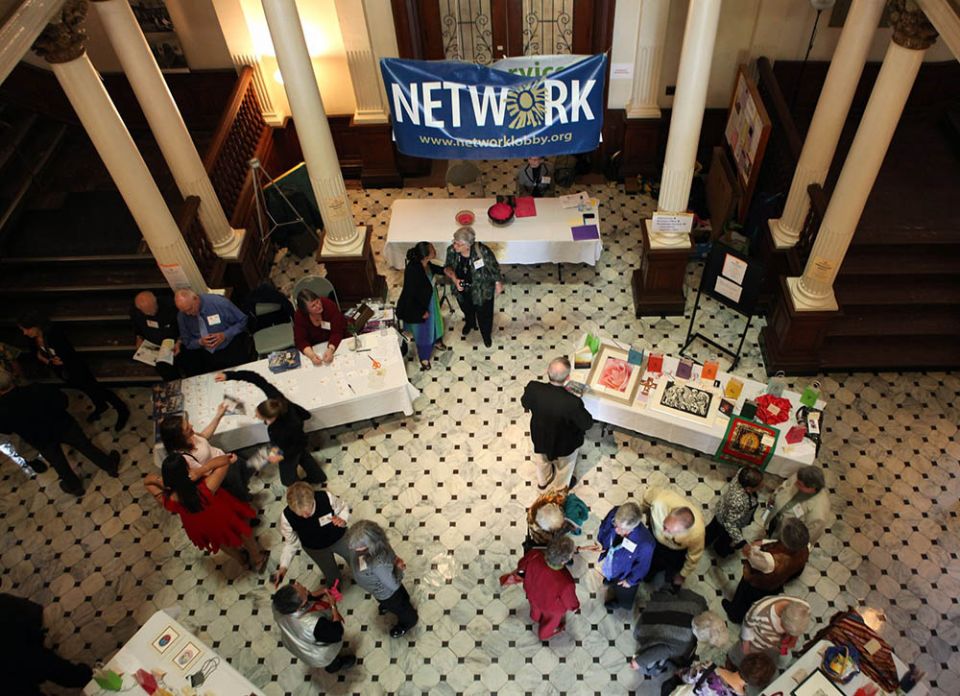 It is not an overstatement to say that some 17.5 million formerly uninsured Americans now have health insurance thanks, in large part, to a group of Catholic sisters. Network, a Catholic social justice lobby of religious women, was instrumental in the 2010 passage of the Affordable Care Act, which dramatically reduced the number of uninsured Americans.

That is just one of the group's many accomplishments over the past five decades. Network, which is celebrating its 50th anniversary this month, has tirelessly worked for the common good, and the country is a better place for its having done so.

Perhaps best known for its Nuns on the Bus tours and the visibility of former executive director Sr. Simone Campbell, who spoke at the 2012 Democratic National Convention, Network began in 1971 when 47 sisters — inspired by the Second Vatican Council — met in Washington, D.C., to discuss how to effect positive change in the country.

They voted to form an intercongregational organization dedicated to pushing for social justice in the nation's laws. Network opened its doors in April 1972. And the rest, as they say, is "herstory."

As Global Sisters Report national correspondent Dan Stockman reports, "For 50 years, Network has lobbied members of Congress for laws and policies that reflect Catholic social justice teaching and graded representatives and senators on whether their votes reflect those teachings. They have trained thousands of people through their legislative workshops on how to advocate for their beliefs in Washington and back home as well as how to organize to be effective."

A decade ago, just days after Network celebrated its 40th anniversary, the organization was thrust into the news when the Vatican cracked down on U.S. sisters it saw as too focused on social justice and not focused enough on opposition to abortion and homosexuality. But when U.S. Catholics rallied behind the sisters, Network gained even more respect and positive press.

Reporters and editors at the National Catholic Reporter have long known that Network staff are among some of the most knowledgeable sources on the various social issues covered frequently in our pages. We're grateful for their help with our work as journalists, and for all the work they do on behalf of the poor and the common good.

Mary Novak, Network's first executive director who is not a sister, told Global Sisters Report that the need for Network has not gone away. "We're going to do what the sisters have always done, which is to stay true to Catholic social teaching," she said.

Yes, please keep up the good work, Network. The need for a progressive Catholic voice in U.S. politics is more important than ever.

Read this next: 'Spirit-driven' Network celebrates 50 years of advocating for Catholic social justice
A version of this story appeared in the April 29-May 12, 2022 print issue under the headline: Thanks to Network for lobbying for the common good .

Editorial | Editorial: Thanks to Network for 50 years of lobbying for the common good

Your thoughts on geofencing, women in the church, pro-life movement and more