Facing up to privilege requires conversion 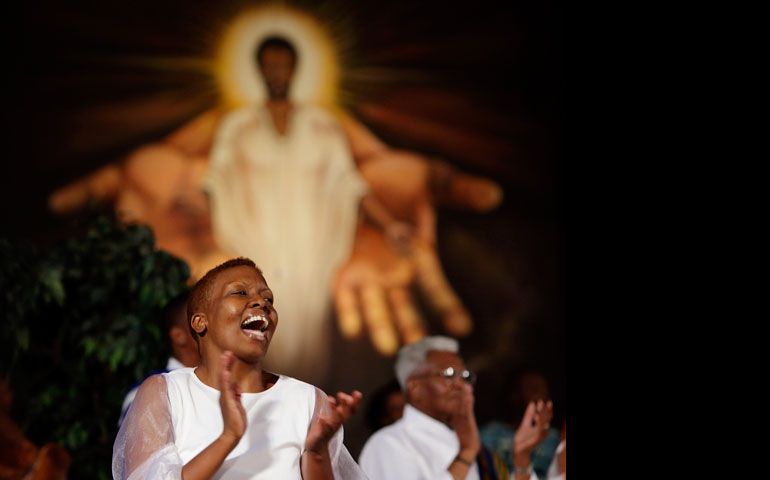 White privilege functions invisibly and systemically to confer power and privilege. Only very recently have I been educated to realize the extent and power of white privilege and my participation in it.

Here, too, I now realize the inadequacies and errors in some of my earlier approaches. I have tried to be supportive of minority colleagues in theology. At The Catholic University of America, I purposely went out of my way to encourage the African-American women who were working on their doctorates. I often went to sessions of professional societies when African-Americans and other minorities were presenting so that I could show my support for them.

On one occasion at a Call to Action conference, I went to a session given by an African-American woman theologian who was a former student. I was somewhat embarrassed because I embarrassed her. She saw me come in and sit in the last row and almost immediately told her audience that she was nervous because I had come to her session. She graciously thanked me publicly for the support I had already given her from the time that she was in graduate school.

Yes, I supported African-Americans and other minority Catholic theologians, and I was quite satisfied that I was doing what I could for the cause. But only recently have I become aware of the problem with such an approach. "I" was the subject; "they" were the object. "I" was graciously doing what I could to help and support "them."

In reality, the problem was "I" and not "them." I was blithely unaware of how white privilege had shaped my understanding of what was going on. The invisible and systemic nature of white privilege came through in my absolutizing my own limited, privileged position and making all others the object of my goodwill.

White privilege is invisible, structural and systemic. Borrowing from Jesuit Fr. Bernard Lonergan, Copeland describes white privilege as biased common sense. Lonergan used the term scotosis to describe this reality. There is a need then to shed light on this evil and to overcome its invisibility to the person. White privilege is a structural sin that has to be made visible and removed.

Borrowing from Lonergan and Copeland, there is need for conversion and especially continuing conversion in overcoming white privilege. I have just begun to recognize white privilege as the problem, and I have to continually strive to uncover it in my own life and work.

On the basis of what I have read and experienced, there are three types of conversion involved -- personal, intellectual and spiritual.

With regard to the first conversion, activist Peggy McIntosh's seminal article, "White Privilege: Unpacking the Invisible Knapsack," is an eye-opener on the road to personal conversion. I have to see myself as the oppressor and as the problem.

She lists about 50 different ways in which I, as a white person, am privileged because of being white. This privilege exists in practically every aspect of my life. Making matters worse, this privilege comes at the expense of others. I have to become much more aware of the role of white privilege in my daily life brought about by the systemic injustice of racism.

I became somewhat aware of white privilege two years ago when I was teaching a course in moral theology for the Perkins School of Theology at Southern Methodist University in their Houston program. Most of the students were older and second-career folks studying for ministry. There were 21 students in the class, including five African-Americans. In the exams and papers, the African-Americans received the lowest grades.

But I also broke the class down into four groups to role-play different cases of quandary ethics. In this role-playing, four of the African-Americans truly excelled. They understood exactly what was involved, went to the heart of the case, and presented the whole issue with intelligence and humor.

The African-American students in this role-playing showed themselves to be just as intelligent, and perhaps even more so, than the others in the class. But they did not have the same skills with regard to reading texts and writing papers. Obviously, they were products of a poor educational system that had never prepared them to read and write that well.

In light of that experience, I reflected on my own privilege with regard to education. I was born to a family that took reading and education very seriously. My parents encouraged us to read and to get a good education. I went to good schools and had some excellent teachers. To this day, I still know the names of the sisters who taught me in grammar school.

As a seminary student and priest, the church paid for all my college, theology and doctoral studies. I did not have to work, take out loans, or worry in any way about how my expensive education was paid for. This was not all due to white privilege, but it obviously was a privilege that very few others have had.

The second conversion is intellectual. Early on, I learned from Lonergan the importance of historical consciousness. The person as subject is embedded in one's own cultural and historical environment. No one can claim to be the neutral, objective, value-free knower. Liberationist and feminist theologies made me all the more aware of social location with its limits and biases.

I learned about the hermeneutic of suspicion and the need to recognize that the strong and powerful create the structures and institutions of our world. But I did not see racism and its connection to my white privilege until I was prodded by recent writings. I was trying to help and encourage African-American theologians to do their work. But I never realized how they could and should help me and my theology.

My failures here indicate the need for both a stronger moral imagination and for the other conversions to affect the intellectual conversion.

At first, I was fearful that this was an escape to reduce the invisible, structural and systemic reality of white privilege to the realm of the spiritual. The flight to the spiritual might be a dodge for avoiding the structural and institutional realities of life.

Yes, the flight to the spiritual can be an escape, but not for one who sees the spiritual as the primary area that affects all other aspects of human existence. In moral theology, I have emphasized the role of a fundamental option that gives direction to all aspects of life. But I have purposely not embraced a transcendental understanding of the fundamental option precisely because in my judgment it does not give enough importance to the historical and the concrete.

The spiritual thus influences the other two conversions -- the intellectual and the personal.

Here, I remembered what I had forgotten for so long. In 1982, I had praised the radical social ethics approach of Paul Hanly Furfey for clearly recognizing the deep problems existing in American society -- poverty, race and nationalistic violence. The spiritual conversion of the radical Furfey made him see what others did not see. But unfortunately, in the ensuing years, I forgot what I had said then.

What effect will these beginning conversions have on my doing moral theology? At this stage of my life as a "senior" theologian, I am not going to become an expert on racism and white privilege. The best analogy for the future is what I have done with regard to feminist theology. I am not an expert in feminist theology, but I recognize the problem of pervasive patriarchy, I dialogue with feminism, and I have appropriated many of its insights into my own work. I hope to do the same with regard to racism and white privilege.

A spirituality that prays to a God who is also black and female can and should help open my eyes to white male privilege.

[Fr. Charles E. Curran is the Elizabeth Scurlock University Professor of Human Values at Southern Methodist University. This essay is adapted from a chapter in Curran's book Tradition and Church Reform: Perspectives on Catholic Moral Theology, published by Orbis Books.]

Hymns, teach-ins and a horse ride to school: Catholic stories of the first Earth Day