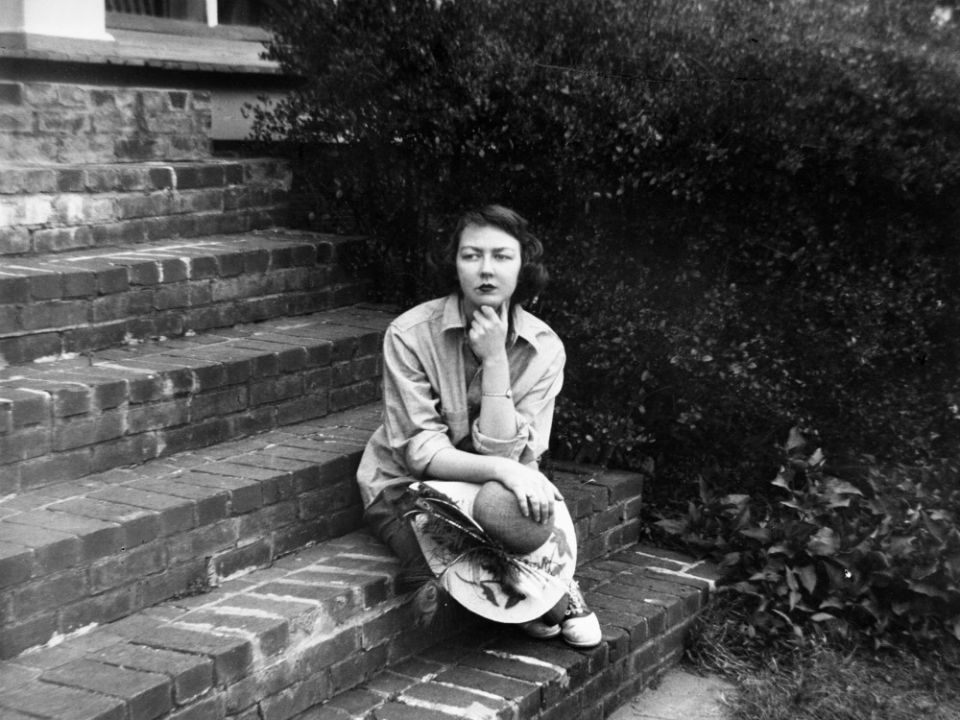 March 25 provides a celebratory occasion for devotees of Flannery O'Connor, as it marks the 95th anniversary of her birth. For the many who consider this Southern Catholic one of the best fiction writers of 20th-century America, these two very different books offer a feast of words to commemorate her achievement. 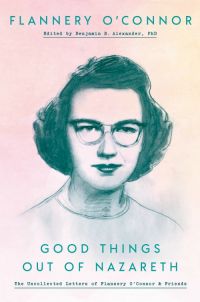 GOOD THINGS OUT OF NAZARETH: THE UNCOLLECTED LETTERS OF FLANNERY O'CONNOR AND FRIENDS
By Benjamin B. Alexander, PhD, editor
416 pages; Convergent Books
$26.00

Good Things Out of Nazareth, a title alluding to O'Connor's rural home in Milledgeville, Georgia, is the third volume of O'Connor's correspondence to appear subsequent to her death from lupus in 1964. It contains letters written from her family farm, Andalusia, during the last 14 years of her life. Many of these letters were not previously included in either A Habit of Being (1988) or Letters of Flannery O'Connor and Caroline Gordon (2018). 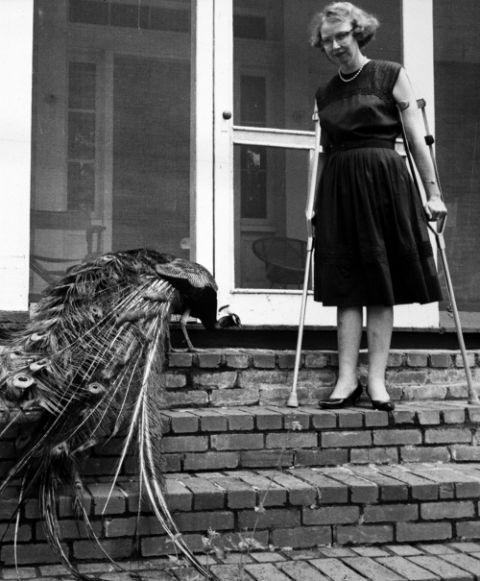 She rejects the designation "Catholic writer," claiming only that her fidelity was to being a better writer and a better Catholic. Nonetheless, she linked her religion and her art. "Your Catholicism affects your art. ... The discipline of an art or even some craft should intensify your Catholicism," she wrote.

In this cache of letters, O'Connor's wry humor and mastery of colloquial dialogue are illuminated, as are her unwavering faith and her fortitude in the face of illness and death at age 39. She was inspired intellectually and spiritually by Thomas Aquinas, Dante, Romano Guardini and C.S. Lewis.

A woman of her time and place, O'Connor was a defender of orthodoxy, though not pietistic, and a proponent of strong opinions about persons: Dorothy Day, John Howard Griffin and Mary McCarthy. She was as well a critic of some aspects of liturgical reform and liberation theology, but also a supporter of the work of Gossett, an advocate for racial integration in Georgia.

This correspondence provides readers with revealing detail that brings O'Connor to life as a person and writer and places her within the context of the Catholic literary ethos of the 1950s. Nonetheless, the collection would have been strengthened by the elimination of the many letters from "friends," which were written neither by nor to O'Connor and only referred to her tangentially.

More problematic are the interspersed editorial comments that add little information and are politically charged, distracting and breaking the historical mood created by these epistolary exchanges. 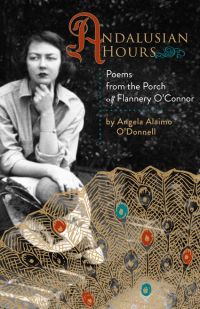 If Good Things Out of Nazareth augments readers knowledge of the particulars of the life, times and achievement of O'Connor, Andalusian Hours, a work of poetic imagination, allows readers to enter the inner life of a writer who is circumspect about intimate matters. Such exploration is no mean feat. Virginia Woolf warned, "One can't write directly about the soul. Looked at, it vanishes."

Perhaps it is only poetry that can take on this task. In this volume, Angela Alaimo O'Donnell, author of four previous books on O'Connor and a professor at Fordham University, offers 101 sonnets in which she captures O'Connor's interior life. 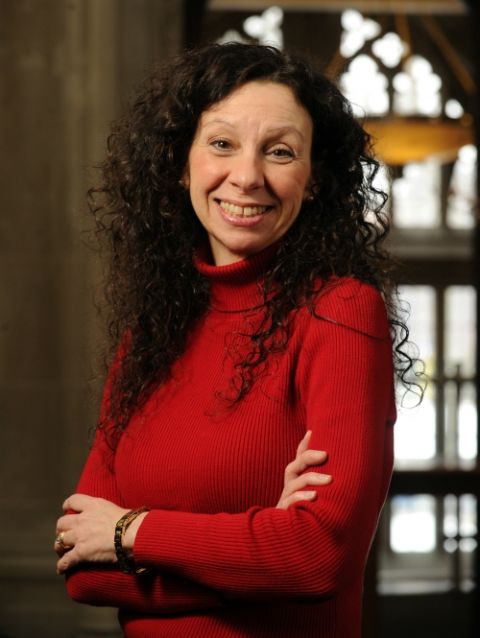 In each sonnet, she begins with an epigraph from one of O'Connor's essays, stories or letters, and then using her subject's language she crafts a reflection on O'Connor's interior life. These are sonnets O'Connor herself might have written. O'Donnell claims to "channel" O'Connor, creating a portrait that is the outcome of many years of her own internal conversation with this writer. She calls the book "an autobiography in verse."

The result is a provocative depiction of this paradoxical woman full of faith and doubt, humble and prideful, a writer who attempts to redeem herself and "fend off the devil" by means of her stories. In these sonnets, O'Connor admits that in her quasi-monastic life she is "seduced by sinners, fools and jerks," and she spends her "days with crazies who come from my brain." She claims these characters are like her, and as a consequence they are her teachers.

She concedes she "learned how to write my rage, beat the daylight out of people on the page." Confessing that people don't know how bad and full of desire she is, she acknowledges that her stories are not only meant to prod her readers but to expose her own worst transgressions, which are redeemed by turning them into art.

In these sonnets, the reader follows O'Connor to Lourdes and Rome and is introduced to handsome Erik who jilted her. She reveals her painful rejection by literati, her admiration for Hemingway, Faulkner and Edgar Allan Poe, her dreams of fame, and her reconciliation with death.

What cannot be extinguished is her love for life. She writes: "The Red Wolf [lupus] might tame me, but not my lust for this life, this world, about to expire."

In Andalusian Hours, we are welcomed onto O'Connor's farmhouse porch and invited into her intimate life. There, one encounters a woman who is shrewd and humorous, irreverent and intelligent and haunted by her muse, death. O'Donnell offers a unique experience of the hidden life of this complex woman. Here she is not so much literary icon, but a flawed human, yearning for redemption and allied with every person.

Readers can happily celebrate O'Connor's 95th birthday with the feast set before them in these two new volumes.

Poetry provides spiritual nourishment in these sparest days of Lent