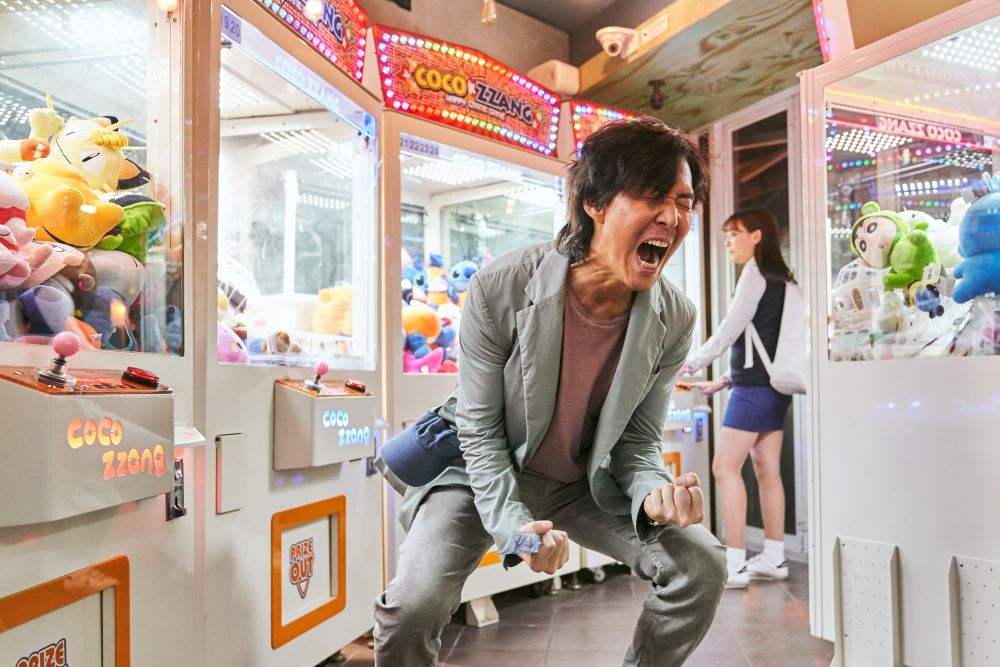 Netflix recently announced that "Squid Game," a South Korean dystopian drama series, is its most watched original content ever, reaching over 144 million streams and the No. 1 spot in 94 countries.

"Squid Game" presents an undeniably dark world, in which hundreds of people, crushed under the weight of their debt, compete in a series of children's games to win an enormous prize: 45 billion won (roughly $38 million). What they don't know until they see it brutally played out before them, however, is that the penalty for losing a game is immediate death. Masked guards stand by with guns, ready to dispatch anyone who falls short.

The word "dystopian" is very fitting for the suffering in "Squid Game." The players' survival depends on the death of others, and the games invite and even celebrate the Machiavellian calculations they must make to win. The value of each human life is set at 100 million won (roughly $85,000), and, to the players' shock, it's that 100 million won, multiplied by the 456 players, that makes up the grand prize. Every time a player dies, corresponding stacks of cash drop into a huge piggy bank suspended from the ceiling.

This stark reality is, doubtless, an excoriation of the ruthlessness of capitalism, as many critics have noted. "Squid Game" is prophetic and apocalyptic; it is a revelation of a truth about our society that we do our best to ignore. (English-speaking viewers should be sure to read about the nuanced shading of the South Korean social hierarchy that has been lost in translation.)

The series also provides a thorough illustration of the limitations of Christian platitudes in the face of such overwhelming human suffering.

When Player 456, Seong Gi-hun (Lee Jung-jae) is deposited on a city sidewalk after witnessing unspeakable horrors, there is a darkly comedic moment when a street proselytizer, yelling to all passersby to repent, crouches down and speaks these words into Gi-hun's tormented face: "Believe in Jesus or go to hell." The joke, of course, is that there is plenty of hell right here on earth, and a gospel that does not acknowledge that fact is a toothless one.

And yet, "Squid Game" has a Dostoevskian air about it, a willingness to crawl down into the darkest depths of humanity and light one single match. Although the games would seem to preclude any spark of altruism, beautiful expressions of human connection occur again and again. Against the backdrop of hell on earth (the second episode is aptly named "Hell"), these gestures of human feeling shine a brilliant light throughout the otherwise ruthless series.

Although there is a Christian player, who prays frequently and assures everyone that they are all going to hell for their sins, the players who illustrate the gospel most clearly are not Christian. When Gi-hun notices that an elderly player is ashamed for having wet himself, he ties his own jacket around that player's waist, restoring his dignity. It is a deeply Christlike action, illustrating one of the key tenets of Catholic social teaching, the dignity of the human person.

The Christian player later succumbs to the cruel logic of the game and pushes another player to his death before being pushed himself. It is the atheist Ji-yeong, the daughter of a pastor who raped her and killed her mother, who most clearly embodies the gospel. In a two-player game in which the loser will be killed, she throws the game in her opponent's favor, offering her life that another might live.

"Greater love has no man than this," Jesus tells us, "that a man lay down his life for his friends."

Those who run the Squid Game are indifferent to the pain of its players, and the players are very often indifferent to each other's pain. But places of pain are precisely where Jesus dwells.

The gospel according to "Squid Game" is not an anemic gospel that reverences God but ignores the plight of human beings. Instead it is what John Paul II describes in Salvifici Doloris (“On the Christian Meaning of Human Suffering,”) as the gospel of suffering, a gospel that recognizes something profoundly human and therefore profoundly holy in the act of suffering.

This gospel, he writes, has its origin in the suffering of Christ, but it is also an open book, being written unceasingly. Suffering is not a virtue in and of itself, and its existence in the world is evidence of evil. But suffering does open the possibility for holy accompaniment, for what Pope Francis calls "the art of encounter." Those who run the Squid Game are indifferent to the pain of its players, and the players are very often indifferent to each other's pain. But places of pain are precisely where Jesus dwells.

In one of the final scenes of the show, Gi-hun comes face to face with the creator of the Squid Game, who engages him in one last wager. From a high vantage point, they see a drunk man lying in the snow in the middle of the city. The temperature is falling, and he will be dead by morning if no one intervenes. The creator of the game says that no one will come before midnight; Gi-hun bets the opposite. He has seen the horrors of humanity and yet still believes in its capacity for goodness. In the crushing dehumanization of the Squid Game, Gi-hun provides a clear and persistent note of dissent and civilization-restoring love in action. He recognizes the inherent dignity of his fellow human beings, most especially in each person who is suffering.

"Squid Game" is not an allegory; it does not map neatly onto a moral framework. There is no Willy Wonka behind the scenes, devising a series of tests to identify the most honest person to take over his enterprise. Rather, "Squid Game" is a parable, which, like the ones Jesus told, leaves us scratching our heads and yet unshakably certain that we have witnessed something profound, something prophetic, something holy.

A version of this story appeared in the Nov 26-Dec 9, 2021 print issue under the headline: The gospel according to 'Squid Game'.