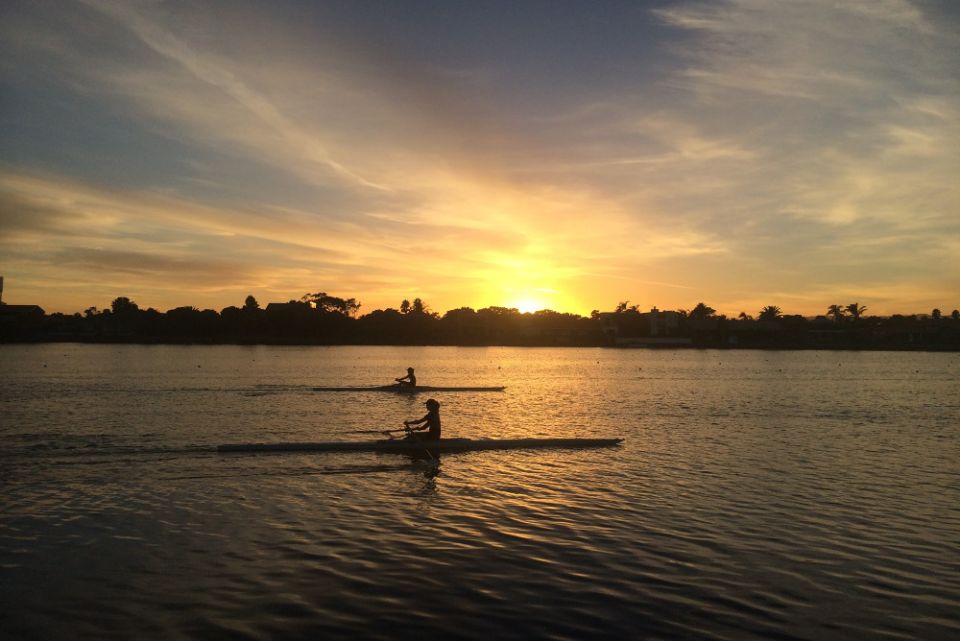 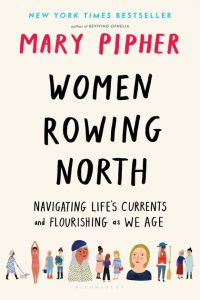 "There's young old age" when older people can mostly do what they want to do. There's "old old age" when they cannot. And there is the time between the two stages, which Mary Pipher spotlights in her new book.

In many ways, Women Rowing North: Navigating Life's Currents and Flourishing as We Age is similar to her 1994 book, Reviving Ophelia: Saving the Selves of Adolescent Girls, which spent three years on the New York Times bestseller list. This book, too, concerns issues facing females in a culture that considers women of less value than men. But it may not be as big a bestseller because, unlike Pipher's previous offering, Women Rowing North centers on growing old and preparing for death — an important topic that people try to avoid.

A cultural anthropologist and a clinical psychologist, Pipher notes the ageism and misogyny that confront older women whose opinions tend to be ignored at best and belittled at worst. She is especially irritated by sexist greeting cards and mother-in-law jokes that demean older women by suggesting that they're senile, oversexed or undersexed, alcoholics and/or dumb. It's worth noting that decades ago, today's 70-year-old women were encouraged to play dumb in order to catch a husband.

This book is chock-full of wisdom. Here are a few nuggets: Older people should build resilient responses to the challenges they face; attitude is everything; people don't always have control, but they have choices; do not become a diminished version of your younger self.

Warm and reader-friendly, the text includes stories from Pipher's own life. Telling women it's OK to fail, she reminisces about being a gawky girl going to a Methodist church where she pledged "to never drink, swear, smoke, or have sex outside of marriage," but in college she broke all of her pledges.

Pipher underscores the value of spirituality and empathy as ways to rise above unhappiness. She mentions her prayers — morning and night — retreats she attended and insights she gained. In an earlier book, Seeking Peace: Chronicles of the Worst Buddhist in the World, Pipher commented on the importance of religion as a way of taking people out of themselves and into the universal.

She believes that older people can often find peace simply by changing the narrative they're telling themselves. For example, if one were betrayed in the past, one can look at the betrayal from another more positive angle, such as, "I was hurt, but I handled myself well."

The 70s contain a hefty combination of suffering and happiness, Pipher says. The two feelings define this late-in-life stage and fuel its growth, and the contradictions of the two ultimately make these years "a portal for expanding our souls." That, according to this inspiring book, is what life is all about. 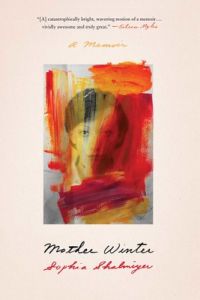 When they lived in the Soviet Union, Sophia Shalmiyev and her father did not talk about her alcoholic mother or about God. But after she and her father moved to the United States, the concept of God seemed possible, and Shalmiyev became obsessed with her mother's absence.

That's the territory of her disturbing debut memoir that portrays the angst of Shalmiyev's growing up and young adult years in the USSR and in the U.S.

After her parents divorced, Shalmiyev lived with Gabriel, her Jewish father, whom she called "dependable as the dawn," as opposed to Elena, her Russian Orthodox mother, whom she describes as "a mythical beached mermaid swimming home from the bar at dark."

As Shalmiyev describes being torn between her parents, she is also split between the two identities of Christian and Jew.

During the Second World War, churches were destroyed or repurposed, Shalmiyev writes. Some became jails, which were set afire killing those held inside. Relatives on her mother's side as part of a religious underground sneaked into the Russian Orthodox churches that were still standing and held religious services.

Plagued by anti-Semitism, she and her father left for Vienna, Rome and then the U.S. When she moved to New York, she connected to her Jewish side and studied Hebrew. She's raising her two children Jewish, although both were baptized Christians.

A naturalized American citizen, Shalmiyev was born in Leningrad. She was about 8 years old when her father took custody and her mother lost her parental rights. She remembers her mother as drunk, disheveled, promiscuous and generally helpless. Seeing her, Shalmiyev, even as a child, felt protective.

In 1990, when she was 11, she and her father left Leningrad and other family behind, including her mother, who was considered a late-stage alcoholic and unable to function.

Now 40, Shalmiyev has spent the intervening years feeling guilty about leaving her mother. She wrote letters to her but didn't mail them because she didn't know her mother's whereabouts. She went to high school, college and graduate school looking for friendships with women who could serve as mother substitutes, and wrote poems about her mother.

Her years were marked by intense sorrow for the loss of her mother, to whom she addresses this book. The story reads as if Shalmiyev were talking to herself while hoping she can reach her mother — but realizing that she cannot.

She describes her dreams, emotions and thoughts, letting one flow into the other and combining them with quotations from and reflections on books and ideas as they relate to her life.

Presented as prose poems, which taken together have a tragic Dostoyevskian quality, this story builds thematically. It is conveyed by free association, fusing scenes from childhood with those from adulthood, which, at times, makes the progression difficult to follow. Nonetheless, it is well worth following. 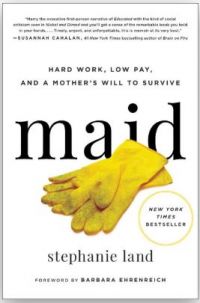 MAID: HARD WORK, LOW PAY, AND A MOTHER'S WILL TO SURVIVE
By Stephanie Land
270 pages; Published by Hachette Books
$27.00

Stephanie Land remembers going to church with her family and volunteering with parish outreach programs for the poor. As a kid, she had no idea that she would one day be homeless, struggle to survive and rely on outreach programs and government assistance.

Now, looking back, Land feels as if her charity efforts were Band-Aid work that made the givers feel virtuous but did little to actually help. What good do socks do when one can't feed and provide shelter for one's family?

That's just one of the considerations that Land includes in her book, Maid: Hard Work, Low Pay, and a Mother's Will to Survive. Her memoir begins with her daughter, Mia, taking her first steps in a homeless shelter and ends with Land starting her third year of college while Mia attends preschool.

In between, Land shares the multi-angled story of her youth, her struggle working a series of low-paying jobs — primarily as a maid cleaning the houses of the wealthy — and her future hope to become a writer. She comments on almost everything, including the ways the poor are stigmatized and the hypocrisy of people who see the poor as lazy.

Precise details keep the narrative moving. While this technique works, it sometimes feels redundant, as when she snoops in the houses she cleans and denigrates the owners for the urine around the toilet, the lubricating jelly on the night table or the hair in the shower, and takes jabs at her parents for not giving her enough help. Yet one must admire Land for her efforts to navigate the welfare system and the maze of government regulations. She's also an attentive mother, and continually sacrifices her own needs to care for Mia. There were times when she went hungry, existing on coffee in order to make food for Mia.

Land is best, however, when she discusses her dream of becoming a writer, which went south when she took a job in Port Townsend, Washington, and met the young man who would become her daughter's father. After she told him she was pregnant, he insisted that she have an abortion. She refused. After being humiliated and abused, she set out on her own even though it meant being homeless.

Growing up in the foothills of the Chugach Mountains outside of Anchorage, Alaska, Land came from a middle-class family. They had few extras, although there were books in the house — thanks to her mother who was the first in her family to go to college and to receive a master's degree.

An avid reader, Land mentions books and authors that inspired her. John Steinbeck's Travels With Charley stirred her love of nature (which can be seen in her evocative description of places she visits) and her desire to study at the University of Montana.

Another book that profoundly affected her was Paulo Coelho's The Alchemist, which she read, underlined and reflected on over the years. Toward the end of Maid, she mulls over Coelho's influence in her life and mentions a line from the book she considers to be especially relevant to herself: "When you want something, all the universe conspires in helping you achieve it."

Ultimately, she believes that she, too, is on a journey — like Coelho's protagonist —and is being helped by unseen forces in the universe to find her authentic self as a writer.

The fact that she's published this provocative memoir indicates that she might be on to something good.

This story appeared in the April 19-May 2, 2019 print issue under the headline: Growing old, growing up, growing whole .

For different times and different cultures, sisters adapt the mission