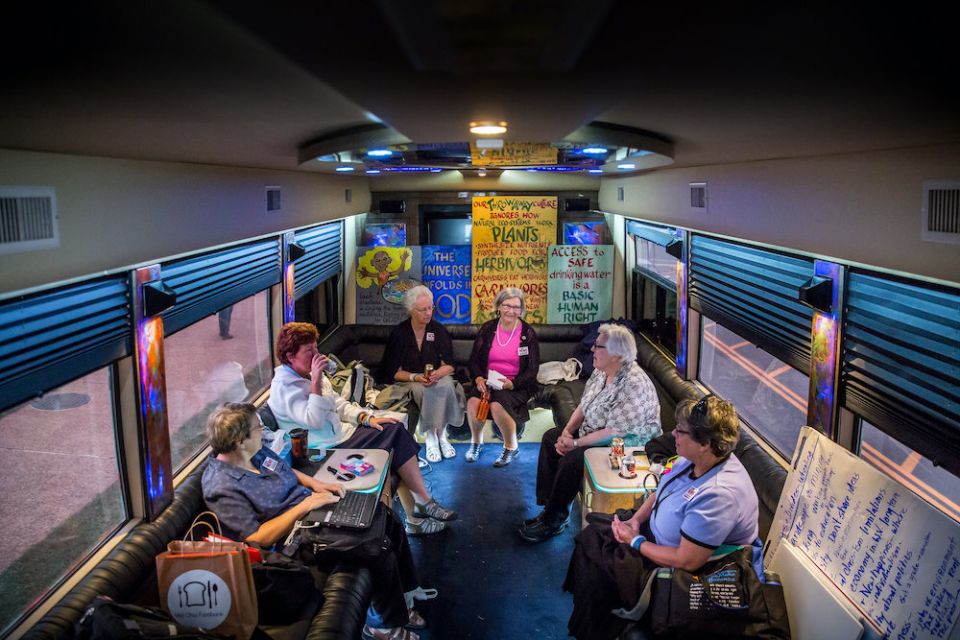 Social Service Sr Simone Campbell, center, right, executive director of Network, sits with others on the Nuns on the Bus bus in Washington Sept. 22, 2015. The effort brings Catholic sisters to face-to-face meetings with people across the country to better understand their concerns and needs. (CNS/St. Louis Review/Lisa Johnston) 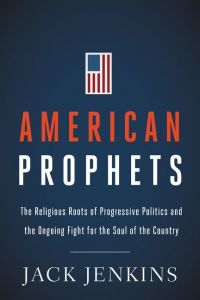 AMERICAN PROPHETS: THE RELIGIOUS ROOTS OF PROGRESSIVE POLITICS AND THE ONGOING FIGHT FOR THE SOUL OF THE COUNTRY
By Jack Jenkins
352 pages; Harper One; 2020
$27.99

Any review of the great progressive achievements in American history, from the abolition of slavery through the establishment of workers' rights to the extension of civil rights, reveals the central role that people of faith played in bringing them about. Yet many people today seem to view religion as aligning with conservative causes aimed at preserving elite privilege and suppressing political, economic and social equality.

Jack Jenkins challenges that perspective in American Prophets by telling the stories of recent progressive initiatives in which deeply religious people have played key roles. Many of these initiatives cross into the political arena, an area in which the religious right might seem to have crowded out all other religious perspectives. But Jenkins demonstrates clearly that the "religious left" has been central to each of these progressive movements and is necessarily at the heart of any meaningful challenge to the conservative political culture that produced and sustains Donald Trump and his caustic world view.

Jenkins focuses primarily on those he calls "faith leaders," a term that he most often applies to ministers, other leaders of religious organizations or political or movement leaders who identify their religious upbringing or convictions as central to their public action. We see women religious faith leaders in the political struggle to pass the Affordable Care Act, the ministers who play central roles in the racial justice movement rising in response to police killings of young African American males and white evangelical ministers offering (often muted) criticism of the white evangelical embrace of Trump. Jenkins shares stories of ministers reaching out to vulnerable undocumented immigrants through the "new sanctuary" movement, indigenous activists who derive their environmental activism from their spiritual relations to the Earth (a position that Pope Francis endorses in principle if not in specific manifestations), and critics of American capitalism who infused their appraisals with a revived social gospel and Catholic social teaching. We learn of Protestant ministers in mostly white and mostly liberal mainline Protestant denominations like Episcopal Bishop Gene Robinson who advocate for LGBTQ rights in society and within their denominations. Jenkins explores efforts to join across religious and denominational boundaries to effect progressive change — and the challenges that this creates for those coming from outside the Jewish and Christian traditions.

Jenkins proves an able and engaging guide through all of these progressive movements. He approaches his subject through the personal stories of those intimately involved in the efforts he explores, and readers will see in his telling the human dimension of these broader justice campaigns. Readers of NCR will likely find these organizers to be appealing and congenial to progressive religious sensibilities, and Jenkins is certainly sympathetic to his subjects.

All of this adds up, in Jenkins' view, to a groundswell of liberal religious activism that has spilled over into the political arena and promises to have an even bigger impact in the 2020 elections. That is, if the candidates, and especially the presidential candidate, do not screw this up. Jenkins senses a tension between more secular progressive campaign shapers and those who seek to tap into the broad pool of potential religious voters. Even when Democratic presidential candidates have been religious themselves, they have not invested the kind of resources necessary to reach out to those to whom religion matters a lot. Save perhaps for Barack Obama in 2008, and to a lesser extent in 2012.

Women and Catholics — and very often Catholic women — stand at the center of almost all of these progressive initiatives. Jenkins notes the critical roles that women fill at one point and suggests that this has led the religious left to push women's issues fervently. The evidence for this last point is a bit thin. For while Jenkins can identify faith leaders at the head of many social-political reform campaigns, it is harder to find them leading, or even supporting explicitly, women's empowerment. None of the chapters devoted to specific progressive movements focuses on expanding women's roles in government, the economy or culture. Jenkins broaches reproductive rights directly only in the epilogue. He faults Hillary Clinton for failing to pursue religious voters ardently enough, even as he notes that her campaign worked harder on this than her critics typically acknowledge. But how hard should Clinton need to have worked to draw progressive faith leaders to her side when the stakes for progressives in the general election could not have been starker? 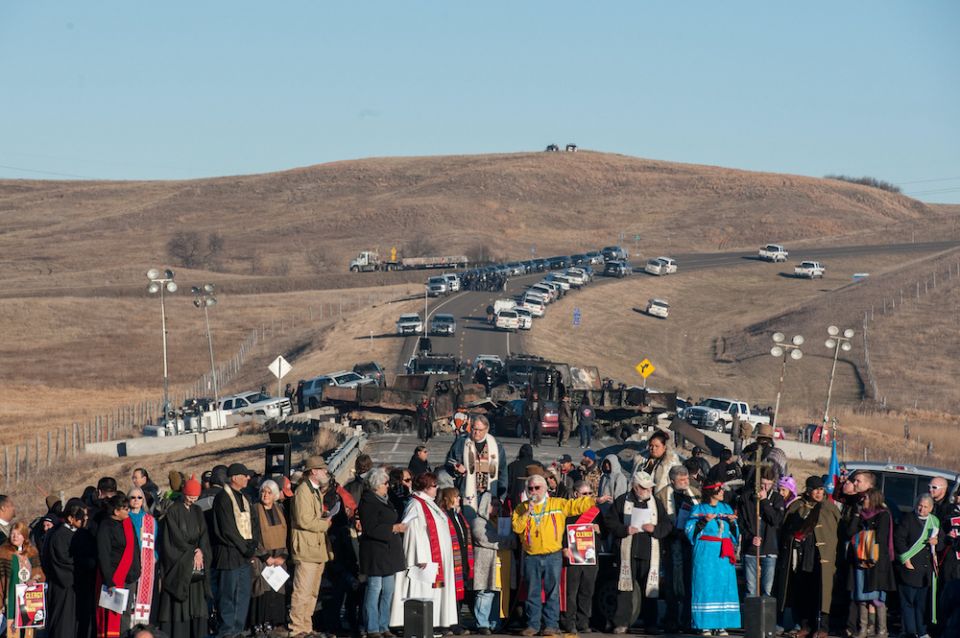 Clergy of many faiths from across the United States participate in a prayer circle Nov. 3, 2016, in front of a bridge in Standing Rock, North Dakota, where demonstrators were confronted by police during a protest of the Dakota Access pipeline. (CNS/Reuters/Stephanie Keith)

Jenkins' ultimate interest is the role that the religious left plays in electoral politics, especially at the national level. He finds much to be encouraged about on this front. He concludes that progressive faith communities will influence the political arena for a long time to come. After all, Jenkins notes that "religious communities dedicated to progressive causes will endure. For they have the audacity to believe in a faith that gives them no other choice but to cry out."

Jenkins' work is in many ways a primer for the 2020 presidential campaign and election. It is hard to imagine that progressive faith leaders will not be drawn to Joe Biden's candidacy, given how prominently his Catholicism has shaped his commitment to social justice. Jenkins suggests that a pool of active, engaged, fervent and liberal religious voters stand ready to be wooed, and that Biden need only reach out to them actively and authentically to draw the kind of support he will need to overcome the deep commitment that white evangelical Protestants have for the sitting president. I suspect that Elizabeth Warren thought similarly about her own campaign, and in this divergence of results we can see that the religious left has much work still to do.

A version of this story appeared in the Sept 18-Oct 1, 2020 print issue under the headline: Religious left still has much work to do .