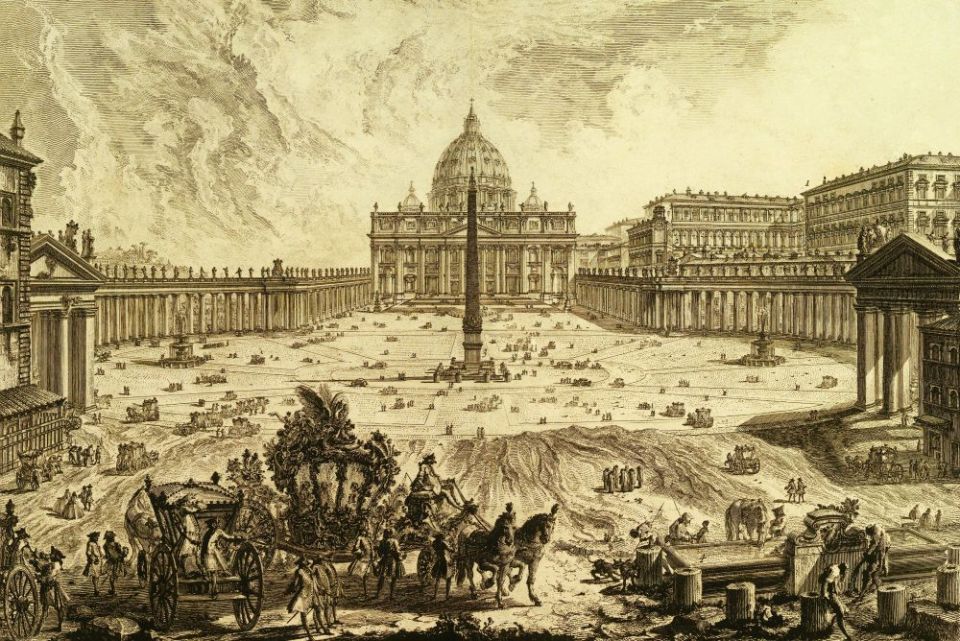 "View of St. Peter's Basilica and Piazza in the Vatican, from 'Vedute di Roma' (Roman Views)," etching by Giovanni Battista Piranesi, circa 1748 (Metropolitan Museum of Art)

I think we owe a debt of gratitude to former West Virginia bishop Michael Bransfield, pilloried by The Washington Post for his reportedly lavish and lascivious ways. The Post wrote from an unredacted report written by lay investigators.

Bransfield's creative accounting let us see exactly who benefited from his largess. His history of unchecked behavior demonstrates who knew what and when. Most importantly, his objectively sad story sheds light on ingrained episcopal practices around the world.

Plus, it saves us the trouble of reading medieval history.

I bear no ill will and wish no harm to Michael Bransfield. I am convinced he is a product of a system that corrupted him. One wonders if that system alone drove him to drink.

It is the system of priestly clericalism, seeded in the early church, nurtured by the Middle Ages, and full-blown by the 11th century.

It is the system that killed the diaconate.

Ever wonder whatever happened to deacons, once the stewards of the church's money? For the longest time, deacons and archdeacons managed church funds, providing for needs of the people of God. In the third century, St. Lawrence the Deacon presented the poor to the Roman prefect who demanded the church's treasures. He had it right.

Over the centuries, deacons grew very powerful. The cadre of priests did not like that at all, especially since bishops were often chosen from among the deacons.

Why choose a deacon as bishop? Deacons were the clerics whose jobs today are called diocesan vicar general, judicial vicar, and finance officer, among others. It made ultimate sense to elect the person who had already been running the diocese as its next overseer. Many popes were deacons and never priests.

And then there was Pope Gregory VII. Born the son of a blacksmith in Tuscany in 1015, he rose to become archdeacon and the cardinal deacon of Santa Maria in Domnica in Rome. Elected pope by acclamation in 1073, he insisted on being ordained a priest eight days before his consecration as bishop of Rome.

Gregory VII thereby solidified the "cursus honorum," the "course of honor" that essentially restricted diaconal ordination only to men destined for priesthood.

The Gregorian Reform, so-called in his honor, changed other things. Gregory outlawed the practice of simony, especially the buying of church offices. He also began in earnest the centralization of church power in Rome. One wonders if centralization helped cause more, not less, simony. 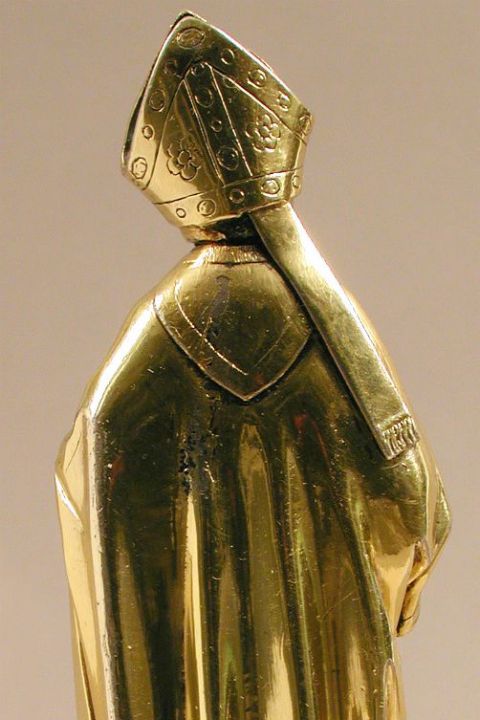 Detail of "Standing Bishop," silver with silver gilt, by the German workshop of Hans von Reutlingen, circa 1510 (Metropolitan Museum of Art)

Which brings us back to clericalism, the hothouse for abuses of every description that shuts its doors to any outside views, even from other clerics, like deacons.

Despite 16th-century decisions of the Council of Trent, it was not until the Second Vatican Council that the diaconate was renewed as a permanent office. Today, more than 50 years later, deacons the world over are still finding their places within the clerical system.

What deacons do not do is buy their way up the ladder, for there is none to climb. Deacons are ministers. Most do not get stole fees for administering sacraments. Unless they hold a diocesan or parochial job, deacons support themselves.

Which brings us back to Michael Bransfield. I am saddened that he has been exposed and vilified, I really am. But his story pokes a hole in the clerical veil pulled over the eyes of so many other clerics (deacons, priests and bishops) and laypeople who want to see the church as a church for people, not as a corporation that enriches CEOs while giving pennies to its stockholders.

If we can respectfully continue to part that clerical veil, we might enjoy a church that does not corrupt its most talented and capable clerics.

[Phyllis Zagano is senior research associate-in-residence at Hofstra University in Hempstead, New York. She will speak Friday, Sept. 13, 2019, at the Bishop Keane Institute of Immaculate Conception Church in Hampton, Virginia and Tuesday, September 24, 2019 at the Boisi Center for Religion and American Public Life at Boston College. Her books include Women Deacons: Past, Present, Future, recently published in France and Canada as Des femmes diacres and in Portugal as Mulheres diáconos: Passado, presente, futuro. Study guides are available for free download at people.hofstra.edu/Phyllis_Zagano.]