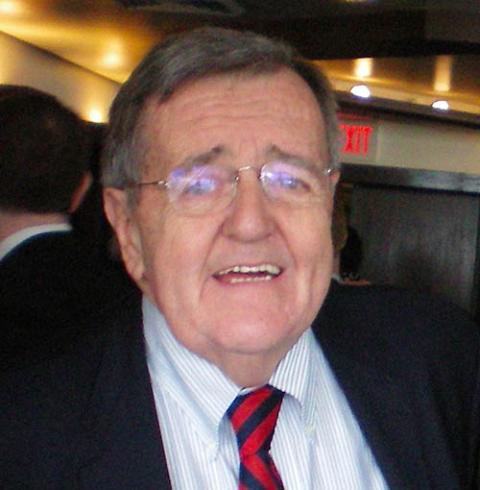 Political columnist Mark Shields died last week. There have been many tributes, all of which focused not only on his sharp commentary but also on what a decent person he was, and the fact that he was interested in, not appalled by, encounters with people who saw the world through different lenses from the ones he used. That is to say, he was an intellectual liberal as well as a political one. Two years ago, when he retired, his sparring partner on PBS's "NewsHour," David Brooks, wrote a lovely encomium.

There is nothing liberal about billionaire libertarian Peter Thiel, whom The Washington Post's Elizabeth Dwoskin profiled in Sunday's June 19 paper. I knew some but not all of this, and was especially intrigued by the title of a biography of Thiel: The Contrarian. Huh? There is nothing contrarian about this ideologue. That is what is so frightening about ideologues: Their ideological framework levels all of life's complexities. In their framework, no one hits a bump in the road, and it is those bumps that keep us humane. He is a 21st-century Ayn Rand with gobs of money. How boring.

In The Guardian, a report on the cost of not having universal health insurance: A new study indicates that the lack of such universal coverage in the United States resulted in an additional 338,000 lives lost during the pandemic and an additional $105 billion in health care costs. So, the next time someone says we can't afford universal health insurance, point out that we can't afford what we have, morally or financially.

At The New York Times, Coral Davenport takes a thorough and bracing look at the potential danger to environmental protections, and other necessary government functions, posed by a forthcoming Supreme Court decision in the case West Virginia v. Environmental Protection Agency. In this histrionic age, it is best to avoid the temptation to overstate the stakes in our various political and cultural battles. In this instance, to paraphrase a famous orator, extremism in the defense of common sense is no vice.

Politico looks at the challenges of changing newsroom cultures with a focus on the leadership of Sally Buzbee at The Washington Post, where she replaced Marty Baron in 2021. There is no way for democracy to function without a free press, and there are multiple dangers facing a free press today — some ideological, some financial, some cultural.

Relatedly, at The Atlantic, Conor Friedersdorf looks at the recent struggle at Georgetown University Law School over the limits of free speech. Newly hired Ilya Shapiro tweeted something that was undeniably stupid and offensive. He apologized, was suspended and the university investigated the matter. Shapiro ended up resigning but he also objected to the investigation by campus bureaucrats. The case raises serious issues about the direction of higher education. As health-law scholar Gregg Bloche told Friedersdorf: "Fear of career-ruining responses to words that offend is chilling classroom discussions, faculty scholarship, and conversation among colleagues."

At Chicago Catholic, Cardinal Blase Cupich offers some advice about preaching on the Trinity, and he cites the book The Vision of Catholic Social Thought: The Virtue of Solidarity and the Praxis of Human Rights, by St. John's University moral theologian Meghan Clark. At a time when too many reduce religion to ethics, it is wonderful to highlight the work of a theologian who recognizes the ways in which our dogmatic truths ground our ethical teachings, and even more when that work gets noticed by a bishop! I reviewed Clark's wonderful book here.