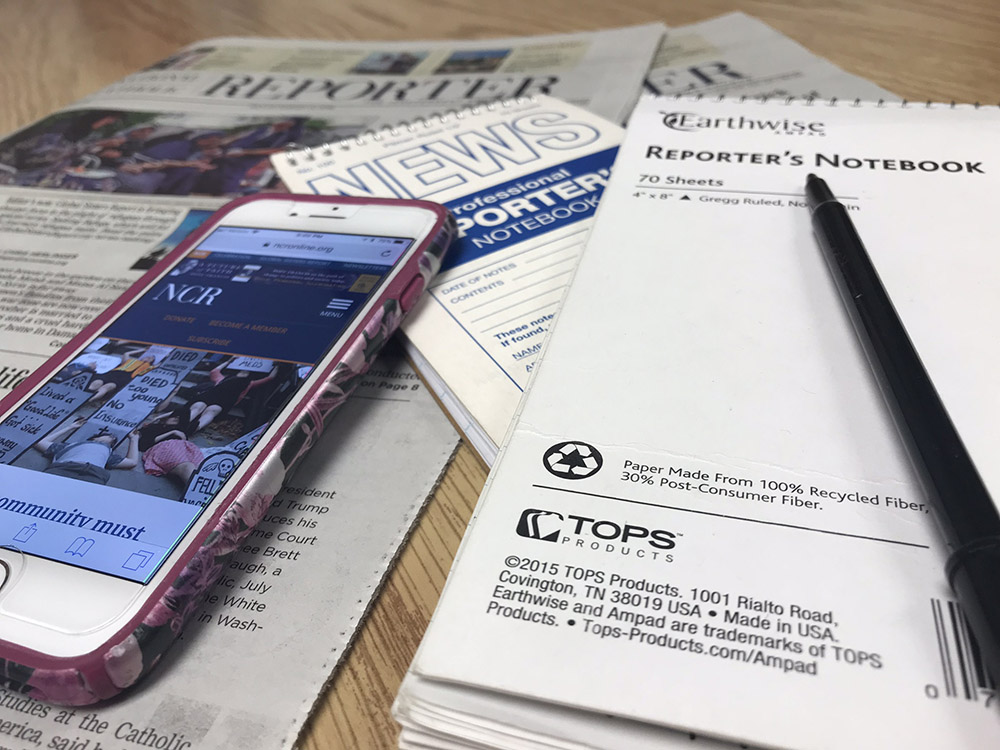 It happens more often than you would think. A journalist learns something about someone on their beat, and it's interesting, even titillating or explosive, and the reporter wants to share it far and wide.

If the journalist abides by any code of professional ethics — and that's a big "if" these days — there are a number of things to consider before that bit of information ends up on Page 1 or at the top of the news hour: first and foremost, the need to confirm its accuracy.

Journalists do that by corroborating the story with multiple sources, digging for documentation and evidence, verifying and re-verifying. Hence the old journalistic adage: "If your mother says she loves you, check it out."

Different journalistic outlets may have varying standards of what constitutes enough evidence to proceed with a story, as do the attorneys who advise them about how to avoid getting sued for libel. But a one-source story is pretty much universally judged as "not enough."

And if that one source is location data analyzed and de-anonymized to infer "serial and illicit sexual activity" on the part of an individual, it raises a lot more ethical questions beyond the one about confirming accuracy with additional sources.

I am, of course, referring to the recent stories by the Catholic website The Pillar, which over the course of a week published three reports based on a dataset from hookup apps such as Grindr. This is data that Pillar co-founders J.D. Flynn and Ed Condon repeatedly remind listeners on their podcast was "commercially available" and to which users "consent" to have sold.

If those sound more like legal loopholes than true ethical considerations, it may be because Flynn and Condon have been canon lawyers a lot longer than they have been trying their hands at journalism. My colleague Christopher White documented their history of questionable ethical decisions at both Pillar and Catholic News Agency, where both were previously employed.

In response to the outcry about the use of the app data, Pillar posted a response on social media that doubled down on the insistence that the story served to facilitate church reform and "child protection."

Another defense, made in their podcast, that the individual outed in the first story was a "public figure" — a high-level staffer at the U.S. bishops' conference — goes out the window in Stories 2 and 3, which "reveal" vague instances of hookup app pings from "several parish rectories" in the Archdiocese of Newark, New Jersey, and in some "secured areas and buildings of the Vatican ordinarily inaccessible to tourists and pilgrims."

For the record, I would not have published any of these stories. And neither, I am sure, would have NCR's previous editors, who I think it is fair to say have presided over the most important investigative journalism in the U.S. church over the past half-century — exposés about things that are actually illegal, not just individual sexual indiscretions.

Not only do the Pillar stories lack confirmation, they raise issues of privacy, newsworthiness and transparency. That doesn't even include the despicable "guilt by association" conflating of homosexuality with pedophilia and sexual abuse.

The articles break so many precepts of the Society for Professional Journalist's Code of Ethics, there isn't room to list them all (and apparently some portions of the Fair Publishing Practices Code of the Catholic Media Association of the U.S. and Canada, too).

I'm not alone in sounding the alarm about these ethical concerns. Nearly every media outlet that has reported on this story, including secular ones like The Washington Post, Time magazine and Slate, have raised serious questions about it.

Flynn and Condon's former employer, Catholic News Agency, ran an interview with a longtime journalism professor who contrasted the factual evidence used in actual investigative journalism with "insinuations about the subject based on circumstantial evidence."

A number of folks have encouraged NCR to try to find out where Pillar got the data, who paid for it and what the website's other sources of funding are. That sounds like a worthwhile journalistic project. But we'll only do it ethically.

A version of this story appeared in the Aug 6-19, 2021 print issue under the headline: NCR wouldn't have published the Grindr story.