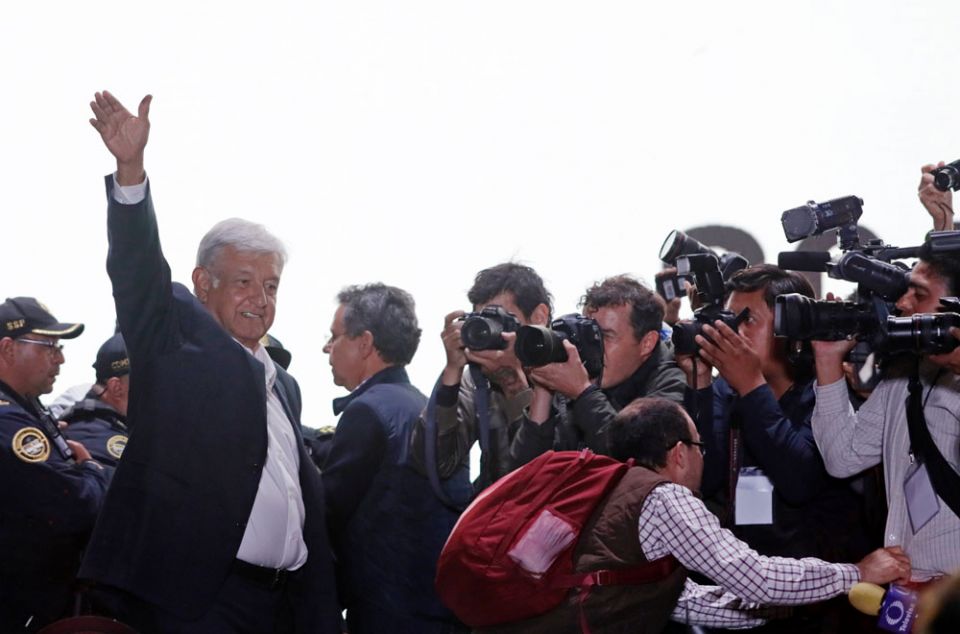 On July 1, Mexico held its presidential election and the voters overwhelmingly elected Andrés Manuel López Obrador and his party to office. Under Mexico's constitution, the new president will serve beginning on Dec. 1 for six years. He cannot run for the presidency again. The concept of no re-election is deeply imbedded in Mexico's history since the Mexican Revolution of 1910 that overturned the dictatorship of Porfirio Díaz who held power for over three decades being "re-elected" with no opposition. López Obrador's election marks, in my opinion, a major new direction in Mexico's future. There are five reasons why I believe this.

First, López Obrador resurrects in part the legacy of the Mexican Revolution of 1910, which in many ways created modern Mexico as a nation-state and provided a new sense of mexicanidad, or Mexican nationalism. The revolution was against an ingrained elite establishment that benefitted Díaz and his cronies, but kept the people impoverished. López Obrado's election was also based on being against the elite establishment that used the revolution for their own power and wealth.

The new president has stated that while he will govern for all Mexicans, he will especially focus on the poor and working people. Despite the fact that Mexico's economy is only second to that of Brazil's in Latin America, at least half if not more of Mexico's population lives at or near poverty levels, and with little education. Sounding like a proponent of liberation theology, López Obrado is calling for a preferential option for the poor. In that sense he is a liberationist, meaning he wants to liberate the poor, including the working poor, from the shackles of poverty and hopelessness. The Mexican Revolution of 1910 in part represented this struggle by and for the poor, and López Obrado resurrects this legacy.

Secondly, like Barack Obama, López Obrado campaigned on a platform of hope. Mexicans have become frustrated and express a sense of helplessness, due to poverty and the violence and corruption that has characterized the country for several decades. This is in part linked to the power of drug lords and the collusion of government officials with them. But corruption is endemic to Mexico. All officials, even minor ones, expect a bribe.

I'll never personally forget when, while waiting to board a plane to Cuba from the Mexico City airport, a colleague and I were signaled out by airport police, and told that our documents were not in order and that we could not board our plane. It soon became clear that they expected a bribe. We protested this; they finally realized that we would not pay a bribe and allowed us to board the plane. Such incidents are not just particular to foreigners but to Mexicans in general. Civic society unfortunately operates on such corruption. Hence, Mexicans have given up hope — until this election. López Obrador has resurrected a sense of hope. Mexicans are resilient people; they will hope that their new president indeed will be a peoples' president.

Third, López Obrador will resurrect as well the role of the Mexican state in the national economy as a way of serving the people, especially the poor. Since the 1940s and accelerated in the last three decades, Mexican leaders have moved away from Keynesian economics, or having the state play a major role in the economy. They have shifted towards a system that accepts neoliberal principles and supports both privatizing Mexico's economy and opening up the country to foreign investment.

Such a system previously represented a form of neo-Porfirismo, in that the dictator also opened up Mexico for foreign — especially American — investments that eventually brought much of Mexico's economy under the control of non-Mexicans. A popular saying then was "Poor Mexico! So far from God and so close to the United States."

The same could be said of the last several decades in Mexico. Such neoliberal principles and strategies were particularly highlighted by Mexico's participation in NAFTA, or the North American Free Trade Agreement, beginning in the early 1990s; this in particular hurt small Mexican businesses and small Mexican farmers, who could not compete with American-produced products and food. This only increased the pool of poor people, forcing many to migrate without documents to the United States.

López Obrador by contrast is an economic nationalist; he seemingly will resurrect the concept of Mexico for the Mexicans and not the foreigners, especially the American Yankees. He will focus once again on having the state play a major role in economic development to insure that the economy will not just privilege the wealthy but also the poor and working class. This will mean more state investment in economic development, including infrastructure, and especially in providing a safety net for the poor with respect to wages, job security, retirement, health benefits, and education for Mexico's youth. This may well translate into a New Deal for Mexico.

Fourth, I believe that López Obrador will reassert Mexico's national sovereignty and national interests in foreign affairs, and in particular with the United States. He will insist on equitable and respectful relations with the Trump administration. He will not renegotiate NAFTA, for example, if it does not correct the economic injuries that have hurt Mexicans. In even more forceful terms, he will reject Trump's continued nonsense that Mexico pay for his wall.

Fifth, López Obrador will be a stronger voice in defense of Mexican undocumented immigrants — including the "Dreamers," recipients of the Deferred Action for Childhood Arrivals program — and provide greater support for them through the Mexican consulates in the United States. He may also begin a diplomatic offensive with Trump to get the deal that former Mexican President Vicente Fox worked toward arranging with former President George W. Bush on immigration reform in 2001, only to be put aside due to 9/11.

Ironically, while López Obrador will represent more of a challenge for Trump, the two may actually get along together well. Trump clearly admires strong leaders, even dictators; hence, he may admire López Obrador's leadership and be willing to arrange compromises on a range of issues, including immigration.

Having said all this, still the new Mexican president will face many challenges and obstacles as he tries to effectively reform Mexican society. I wish him well and hope that he succeeds as much as possible, for the sake of the majority of Mexicans who still struggle for their dignity and a better life for themselves and their families. Viva Mexico!

Mexico's 'bishop of the poor' dies of COVID-19 complications