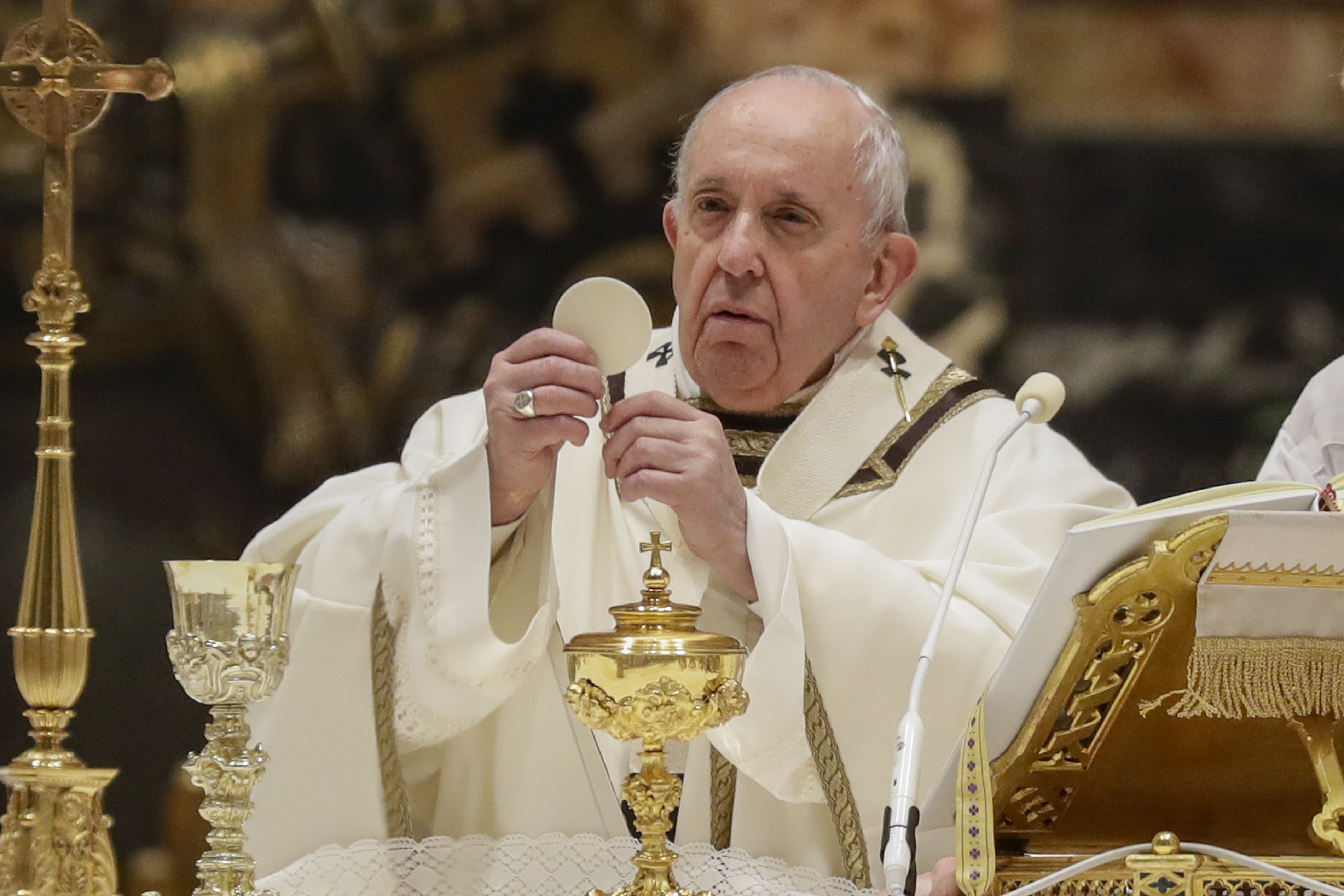 In this Feb. 2, 2021 file photo, Pope Francis celebrates a Mass with members of religious institutions in St. Peter's Basilica at the Vatican. (AP Photo/Andrew Medichini, pool)

Everybody likes Pope Francis. Except, it seems, U.S. Catholic bishops.

On the other hand, no one seems to like the bishops — they damaged their own credibility with their 2002 “Dallas Charter” on clerical sex abuse, which sanctioned only priests and deacons but left bishops alone.

It was former Cardinal Theodore McCarrick, known then, as now, for his own predatory acts, who suggested eliminating bishops from the document.

Forget the worldwide Synod on Synodality, a listening exercise ordered by Francis, who wants to hear from Catholics and non-Catholics alike about how the church can move forward in the current century. Many American bishops are content to ignore it: Only half of the U.S. bishops have even named someone to run the synod project in their dioceses.

That is, half of the U.S. bishops are not interested in what the people of God think.

At its fall meeting last month, the U.S. Conference of Catholic Bishops approved a $28 million budget for a "Eucharistic Congress" in Indianapolis in the middle of July 2024. There is no published U.S. bishops' conference synod budget.

But it is about more than just the money. The Eucharistic Congress is about what priests and bishops control: the sacraments.

Yet the church belongs to its people. Everybody knows that only a priest or bishop can preside at Mass, but the word "liturgy" literally means "people's work." And this is the heart of the tension between the U.S. bishops' conference and Francis: whether the Eucharist belongs to the priest or to the people.

Eight years ago, Francis wrote that access to Communion is not a "prize for the perfect but a powerful medicine and nourishment for the weak."

The U.S. bishops' conference seems to want to close doors. The pope wants to open them.

To see how this tension is working out, consider the U.S. bishops' quandary over President Joe Biden. Just as he was moving into the White House early this year, the U.S. bishops' president, Los Angeles Archbishop José Gomez, formed a working committee to deal with the reality that the United States had a Roman Catholic president who went to Mass and received Communion. The problem: Biden supported the Democratic Party's platform, which in turn supported the laws enabling abortion.

The bishops' solution was to commission a document last June on "eucharistic coherence," aimed at shooing Biden away from the Communion rail. By November's meeting, they approved a tepid document that neither names the president nor has Vatican approval.

Francis' gentle advice seems to be: try to work with the Catholic president you have and stop wishing for the non-Catholic former president you do not have.

Which is the crux of the matter.

More than a few bishops openly support former-President Donald Trump because of one Republican policy: abortion. Nevermind Catholic social teaching or care for the environment or aiding the poor or even protecting immigrants and vulnerable people. Abortion, it seems, outweighs each of these, although programs that address poverty and provide social services can reduce abortions.

No one likes abortion. No one wants abortion. But the church's inability to move its membership to demand a legislative end to any public funding of abortion — if not to the practice itself — rests in its inability to convince the populace of the sacredness of human life.

Teaching that truth is within the purview of the bishops, but they have been supremely ineffective. And the bishops as a body still do not seem to understand how much Catholics and others distrust them in the wake of more accusations of abuse by clergy and coincidental cover up.

Vatican documents now address sex abuse by bishops, but a straight line connects the bishops' failures in responding to clerical sex abuse, their foundering attempts to change abortion law, their $28 million Indianapolis event and their lukewarm response to the Synod.

The pope is asking them to listen to the people. Will they? Ever?